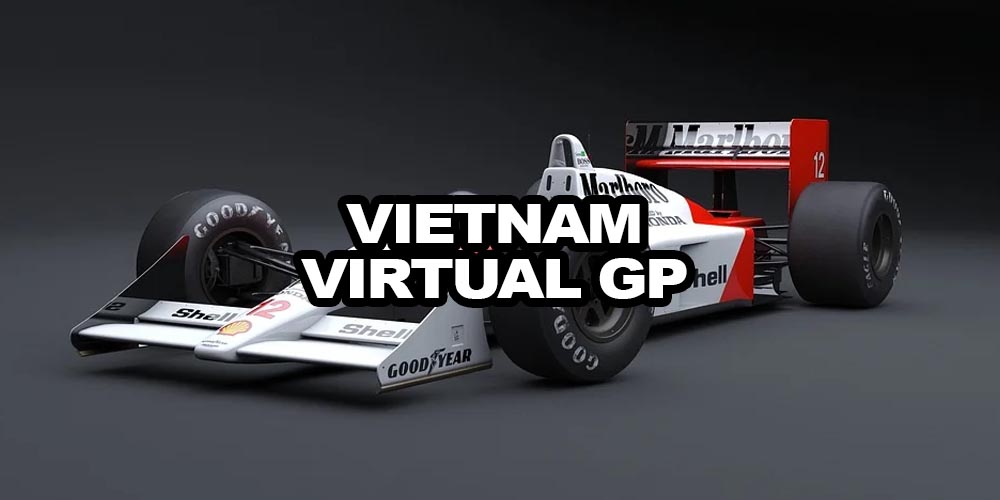 As the real Formula 1 season remains on hold, the fans can continue watching their favorite sport by turning to the F1 Esports. Recently a new F1 Esports Virtual Grand Prix series has kicked off, with the second race to take place on April 05. Here is what you need to know about the virtual F1 and the next race Vietnam Virtual GP winner odds.

The Virtual Grand Prix Series is taking the center stage, with the first race Virtual Bahrain GP held on March 22. All races are going to take place at the official F1 2019 PC video game. Besides, they are streamed on official Formula 1 Youtube, Twitch, and Facebook channels. However, the series is not meant to be an official tournament with points rather it is just for entertainment. According to Formula1.com, “The series is strictly for entertainment purposes, to bring racing action to fans in this unprecedented scenario the world has been affected by, with no official World Championship points up for grabs for the drivers.”

Every race will feature a number of professional F1 drivers, retired drivers, gamers and celebrities. However, online sportsbooks in Vietnam show that traditional title challengers including Red Bull and Ferrari, are not among the favorites in the virtual F1. Mercedes will likely do well in the competition but the team is not led by the epic Hamilton and Bottas. Whereas, the frontrunners for the next race are Renault and McLaren, as per Vietnam Virtual GP winner odds.

As the Vietnam circuit is not in the F1 2019 game, and the F1 2020 is still a few months away, the race will actually take place at Albert Park in Australia. The race will probably follow the format of the wildly successful Bahrain Virtual GP. The first race in Bahrain was highly volatile, unlike real-world F1. Thus, should you pick the favorite at Vietnam Virtual GP winner odds, do not go for the fastest driver. Instead, go for the driver that can best avoid trouble. As for now, McLaren and Renault’s drivers are the best at driving in the cleanest way.

Team Renault is presented by Guanyu Zhou and Ian Poulter. The Chinese driver Guanyu Zhou has dominated the 14-lap Virtual Bahrain GP on March 22, taking the lead by 11.392s over the runner-up Vandoorne. In the real world, Zhou competes in the FIA Formula 2 Championship with Renault. He also recently became the test driver for the Renault Formula 1 Team. His terrific performance in the first race makes him the favorite to win the second with 4.00 odds at Unibet Sportsbook.

McLaren is represented by the pro-F1 driver Norris

McLaren F1 driver Lando Norris is expected to line up with Nicholas Hamilton for Vietnam Virtual GP. Norris had a great performance in Bahrain, and he was only denied a top-four spot at the last minute. However, he admitted the game is difficult to master and he is one second off the pace of the experienced players. Despite that, online sportsbook news in Vietnam expect him to put up a strong fight, with 4.50 odds to win the second race.

Mercedes Vandoorne and Gutierrez are the third favorites

The Mercedes pair Stoffel Vandoorne and Esteban Gutierrez are currently the third favorites, with a value of 5.00. In the real world, Vandoorne is the 2015 GP2 champion and the former F1 driver with McLaren. He is currently competing for Mercedes in Formula E, and he has just joined Esteban Gutierrez as Mercedes reserve driver. The two enjoy a good understanding, and that will improve their competitiveness in the virtual world.

As a Formula 1 fan, you can check our review about Unibet Sportsbook, to see all the best F1 Esports odds and the top favorites for each race.