Is It Fair The Ashes Odds Favour Australia Again? Probably. 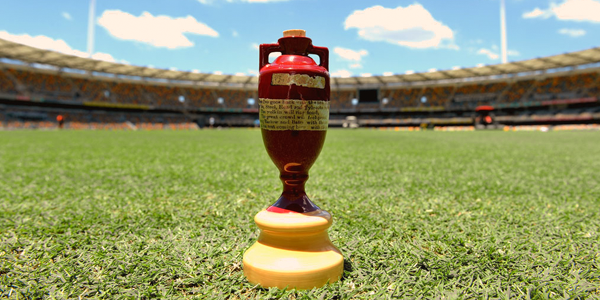 If you’ve not heard of the Ashes odds are you’re not from the UK or Australia where this most famous of cricket competitions rolls around again and this winter sees England off to The Gabba for what looks set to be another drubbing by the colonial convicts. BetVictor seems to think the Aussies have it all sewn up and they could be right, but despite England’s woes, should we really write them off so easily? Should we just swallow the short odds on Australia or perhaps go for a draw? We take a look.

“Winter is coming” may well have been the catchphrase of John Snow and the rest of the cast in Game of Thrones, causing them to build the sort of wall that keeps King Kong out of the vegetable patch, but in the UK the more traditional sign that the seasons are changing towards the chill of the year’s end is not the arrival of pale zombies from the north, but England’s pale zombies heading off south in order to face the antipodean enemy, and for England in the Ashes odds are a wall would be useful.

Alright, so maybe that’s a little unfair, England are not the hopeless case they once were, but nor are they the cohesive team of talented players that would make taking advantage of UK gambling laws to back them a no brainer. The Australians might have their own issues, but the Ashes odds are in their favour, and not just because they’ll have home field advantage, this is partly because of their recent record on the field of play, but mostly because of England’s performance away from it.

There may well be few things more traditionally English in the 21st Century than going to a nightclub with your friends, drinking till overt intoxication has set in, and then punching someone in the face in full view of CCTV cameras, but Ben Stokes is probably wishing he hadn’t partaken in this new-age recreation as it landed him with a possible ABH charge the Bristol police are still investigating and when it comes to the Ashes odds are he won’t be playing Australia this winter.

Flintoff might have got plastered on the way to No.10 Downing Street, but he didn’t thump anyone, and if there’s one thing that England selectors tend to get antsy about it’s bad publicity. They would insist there’s no room for loutish behaviour in cricket, it’s not the NFL after all, and whilst Stoke’s absence leaves a big hole in side anyone in the UK gambling news headlines like that would be allowed to slide and that he’d get to play down-under this winter just doesn’t know the tabloids.

Find All The Ashes Odds You Need At BetVictor

The Ashes odds that online bookies like BetVictor are offering on England winning are a rather unkind 3/1, and whilst there’s a small possibility that they might pull off what, frankly, would be a bit of an upset you’d have to believe as Andrew Strauss does they can repeat some of their better ODI performances over the longer game. He’s being a little optimistic and you’ll have to be too if you’re going to bet on sports in the UK or Australia this winter and back England to win.

Australia, on the other hand, might not yet have announced their team captain to do battle with the side led by Joe Root, but do have a few things in their favour, and at BetVictor that would include their odds of winning which are now hovering around 4/9 for them to win the Ashes. Now obviously there could be a drawn series, always a possibility in cricket and at 13/2 that’s not a bad little wager, and certain the Ashes odds that most attract the sensible money right now.