First year without German clubs on the EHF Final Four in Cologne? 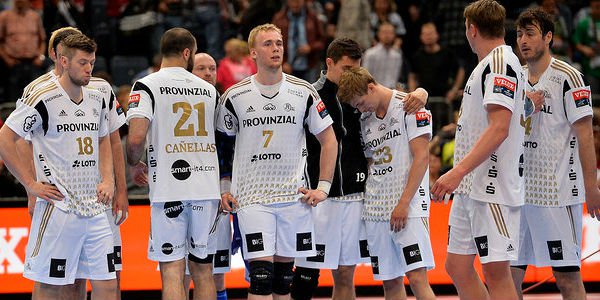 Who has participated so far?

The EHF Final Four has hosted 15 different participants from 7 countries so far: Germany, Spain, France, Denmark, Russia, Hungary and Poland. Having in mind this year’s 1/ 4 final matches Macedonia is the only candidate that can possibly join these countries. In the past years it was common that Cologne hosts at least one team from the Handball Bundesliga. No matter which one it was, the host audience was traditionally gathering around that team, giving amazing support for any home handball representative.

This year the chances to see this seem to be rather small.

THW Kiel will have an extremely difficult task in Palau Blaugrana in their match against Barcelona. NetBet gives Barcelona odds of only 1.12 while the one for THW Kiel are incredible 7.0. It seems that only extremely optimistic bet on sports fans in Germany would place a wager on this one. The second German team, Flensburg Handewitt has already lost the home match again Vardar Skopje. Their chances for them to change the result on their side also seem to be leveled pretty low.

It is interesting to note that five of the clubs who have so far attended the EHF Final Four do not exist anymore or continued working is a somehow reformed conditions. Among them the biggest name is certainly Ciudad Real (later transfered to Madrid and transformed into BM Atletico Madrid) which was the greatest European handball club in the past decade. Another prominent name, as online sportsbooks in France note, is the EHF Champions League winner from 2012/2013, HSV Hamburg. Due to financial reasons the club practically disappeared of the elite handball map few months after winning the Champions League title.