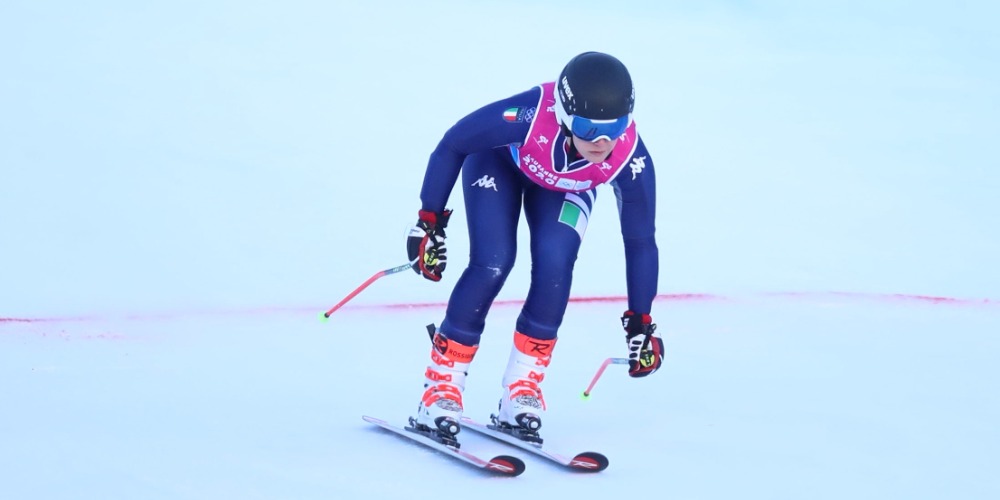 The best female alpine skiers will compete for victory this weekend in Lenzerheide, Switzerland at the next FIS World Cup event. The giant slalom race is held on Sunday, 6th of March with all top skiers taking part in it. Including the current GS World Cup leader and 2022 Beijing champion Sarah Hector. Who is also the top favorite in the FIS 2021/22 Lenzerheide Women’s GS preview.

The Swiss resort of Lenzerheide will host the next World Cup events in the 2021/22 FIS Women’s World Cup this weekend.  First, the Super-G race will take place on Saturday, followed by the giant slalom race on Sunday. Athletes won’t have an easy job in one of the most difficult courses in the calendar, on the Silvano Beltrametti World Cup Course. The course is named after a former World Cup racer from the region who was also the president of the three World Cup Finals held here. It will be the first giant slalom race after the Winter Olympics, with all top skiers taking part in it. From the discipline leader Sarah Hector to Mikaela Shiffrin who will try to get back to her winning form. Alice Robinson from New Zealand won the race here last year, but her victory would be a surprise now.

Sarah Hector has been having a fantastic season after winning the Olympic gold medal in Beijing and leading the Giant Slalom World Cup with a massive lead. The Swedish skier has already won three races in the 2021/22 season besides finishing on the podium two more times. A very impressive improvement from the 29-year-old athlete whose best result in the World Cup has been a fourth-place finish back in 2015. She was only 11th last year and she couldn’t even finish her second run in last year’s World Championships. It all changed in the new season, with Hector being in the best form of her life.

So it’s no wonder that online sportsbooks in Switzerland offer the smallest odds, 2.25 for her victory on Sunday. Her closest rival in the World Cup is Tessa Worley who stands 95 points behind Hector in second place. The French athlete won the race in Lienz this season and finished on the podium in the following two events. The two-time World Cup winner of the discipline has already won a race here once before, in 2018. Making her another favorite according to the FIS 2021/22 Lenzerheide Women’s GS preview with the odds of 7.00. But in order to win, Worley will need a much better performance than in Beijing. Where she was out from the race after a mistake in her second run.

Can Shiffrin get back to her best form?

Mikaela Shiffrin’s performance was one of the biggest disappointments of the 2022 Winter Olympics. The American champion didn’t win any medal, what’s more, she didn’t even finish the race in giant slalom and slalom. So it will be interesting to see how she can fight back and race in the World Cup again. Where Shiffrin is the joined overall leader with Petra Vhlova after four victories this season. She got two in the giant slalom discipline, after winning the first two races of the season. But the three-time overall World Cup winner couldn’t finish on the podium in the last two events. Now online gambling sites in Switzerland offer the odds of 8.00 for her victory.

Shiffrin’s big rival, Petra Vhlova follows her closely in the favorites with the odds of 9.00. The Slovakian had a much better Olympics after winning the slalom gold medal. But she was only 14th in giant slalom which is her weaker discipline. Vhlova is in fourth place in the giant slalom world cup and hasn’t got any win in the discipline this season. But she finished three times on the podium and also won the slalom race in Lenzerheide in 2018. While the 2020 overall world cup winner, Federica Brignone can also perform well this weekend. Even though the Italian is only in 8th place in the Giant Slalom World Cup, she managed to win the silver medal in this discipline in Beijing. Brignone also won the bronze medal in combined and finished 7th in Super-G. Her odds to win now are also 9.00 on 22Bet.