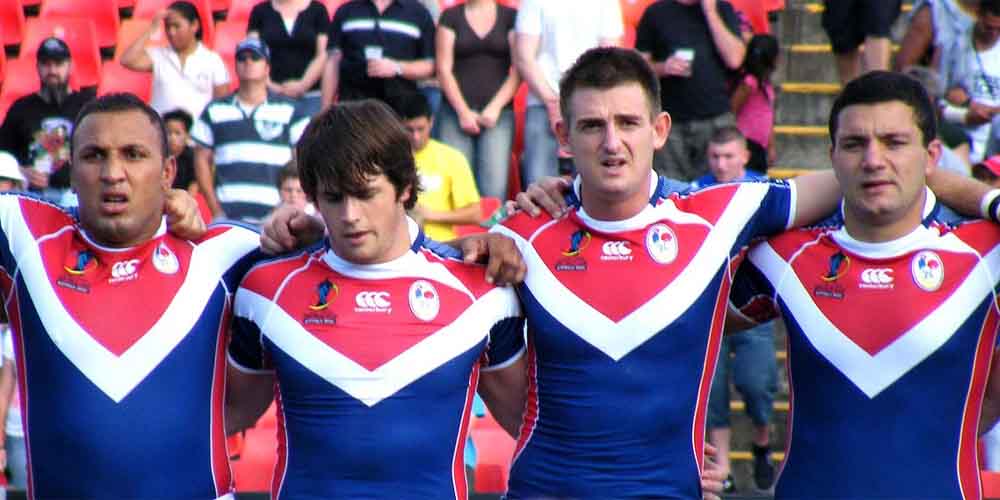 The best things come to those who wait. This will certainly ring true for Ireland, France, or England, who are still in with a realistic chance of winning the 2020 Six Nations when it resumes on Oct 24. More than seven months after the action paused in March, the dramatic finale will finally unfold over two weekends to decide who comes out on top. And while odds on France vs Ireland rugby bets narrowly favour the French to win the final clash of the tournament, bookmakers are offering little between them.

On Oct 24 the 2020 Guinness Six Nations restarts with Italy’s visit to Ireland – the first of four games which will bring the curtain down on a thrilling Championship. And a week later, in a game that will probably decide which nation is crowned champions, Ireland take on France in Paris at the Stade de France.

The 2020 Six nations Championship is far from decided. While England and France have just one match to play, Ireland have a game in hand. Their postponed Round 4 clash with Italy takes place on October 24, before they head to Paris on Oct 31. Their hopes of a second Grand Slam in three years ended with an emphatic 24-12 Round 3 defeat to England. But Ireland know what they need to do now. Bonus-point wins against Italy and France would still crown Andy Farrell’s side champions, regardless of England’s result in Rome.

An away trip to France on Super Saturday is no walk in the park, but coach Andy Farrell has his eyes on the prize. He said, “We know it is there to be won and we will be hungry to do that … France away is a hell of a game, isn’t it? But it’s there. It’s in our hands and we want to attack that full steam ahead”.

And despite their Grand Slam dreams being crushed by Scotland, Fabien Galthie’s side can also still overtake England if results go their way. A bonus-point win for Les Bleus against Ireland by a greater margin than England defeat Italy would see France recover from their slip-up at Murrayfield to take the crown. Whatever happens, the stage is set for a fantastic finale. Find odds on the outright winner market alongside France vs Ireland rugby bets at online gambling sites in the UK.

Injuries proving a headache for Farrell

This is proving a difficult squad for Andy Farrell to assemble. Captain Johnny Sexton is expected to be in the Ireland squad but is in a race to prove his fitness. The 35-year old tweaked his hamstring in the first half of Leinster’s win over the Dragons last weekend. And although the setback is not said to be serious, he is unlikely to play again before Ireland’s clash with Italy on Oct 24.

It’s the latest headache for Farrell, who is already sweating over the fitness of his three first-choice tightheads – Tadhg Furlong (calf), Andrew Porter (hamstring), and Tom O’Toole (ankle). Furlong and back-rower Dan Leavy have not played since the August 22/23 restart, Leavy still working his way back from 18 months sidelined by a knee injury. Munster duo Conor Murray and Dave Kilcoyne are also in doubt. Kilcoyne is another who has not played since August 22. And Leinster, repeatedly the bulk supplier of personnel to the Test squad, also have injury doubts over back-rower Max Deegan, and wing Dave Kearney.

There will be plenty of ifs and buts on Farrell’s provisional squad list, but he needs his most experienced players for these next two games. So while Ireland have far better odds than France to take the Championship, France vs Ireland rugby bets at online sportsbooks are giving France the edge against Ireland on Oct 31. You can find outright winner odds here 2020 Six Nations Championship Betting Tips for Super Saturday.

France looking to bounce back from Scotland defeat

It was all looking so good for Les Bleus. Their impressive Round 3 win against Wales in Cardiff for the first time in 10 years looked like a coming-of-age moment for a young squad brimming with talent. The Grand Slam was in sight, only for Scotland to put an end to any such ideas with a stunning performance at Murrayfield two weeks later. And while the defeat didn’t completely end France’s chances of the title, it certainly made them a lot slimmer.

This French side undeniably has talent. Antoine Dupont is earning a reputation as one of the best scrum-halves in the world, if not the best. And at 20, half-back Romain Ntamack is already thriving on the international stage, enjoying arguably his best match in blue to date at Cardiff. But what is equally impressive with this French team is the way the lesser lights have stepped up.

There is Bernard le Roux, the former flanker turned the lock, who has gone from a useful utility option to the engine of the French pack. And Anthony Bouthier. Initially, he didn’t even plan on playing the game professionally. Against Wales, he scored his first Test try and produced a display that vindicated Galthié’s decision to select the 27-year-old after only half a year of top-flight rugby. France will now be looking to put their defeat by Scotland behind them. But odds on France vs Ireland rugby bets for Oct 31 are not putting either side as the clear favourite.

France vs Ireland rugby bets give France the edge

This France team is the youngest in the Championship. At Cardiff, they faced the most experienced team in Guinness Six Nations history, but it did not faze them. Just four of the French team had previously played in the intimidating atmosphere of Principality Stadium. But rather than be subdued, this young French team more than rose to the challenge.

Les Bleus have not finished in the top two since 2011 and last won in 2010. This is a pitiful record for a huge talent pool. But Improvement beckons with young talents such as Ntamack, Penaud, and Dupont. And the game at home against Ireland is a huge opportunity for them to prove something. France vs Ireland rugby bets at DoubleBet Sportsbook have France at odds of 1.85 and Ireland 1.995 – pretty much an even match up. So whichever way you bet, when your side comes through, they’re going to win you more or less the same return. But be sure to check out all the other available match markets at our trusted online sportsbooks in the UK, and enjoy the action on Super Saturday!