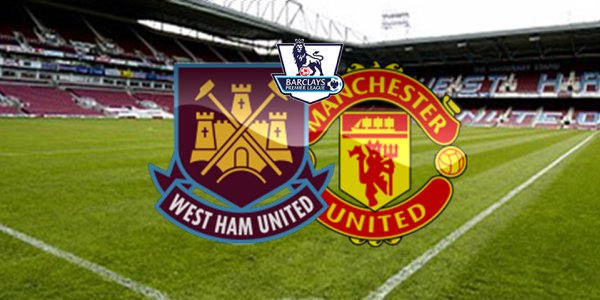 If you like to gamble on the Premier League there’s nothing better than watching Manchester United at home, but with West Ham looking to change their run of luck, and United being accused of “boring” play, who’ll come out on top?

When it comes to Premier League games Manchester United in the bosom of their home ground at Old Trafford is a sight to see, however those that like to gamble on the Premier League fixtures might be concerned that whilst usually one of the safe bets is to put your money on the Red Devils, especially against mid-table opposition, West Ham are hungry to reverse their fortunes.

The Hammers haven’t won in four games and will still be smarting after their wholesale destruction at the hands of London rivals Tottenham, and their disappointing sharing of points against West Brom in front of their own fans just last week. Premier League predictions are notoriously difficult to make, but you can always gamble on the Premier League to surprise you and West Ham to score goals no one was expecting.

Don’t Gamble On The Premier League, Back Man Utd To Win At Home

Manchester United only getting a draw against Premier League table high-flyers Leicester away last week means that they’ve not won since their visit to Watford, with Louis Van Gaal’s team accused of being “boring” to watch. Of course if you like to gamble on the Premier League their style of play might not matter to you, so long as they’re getting the Premier League results you bet on, but tell the fans that.

They’ll certainly have to do better than the last time these two teams met up, that 1-1 draw was a disappointment to say the least, and West Ham know they’ll need a win if they want to keep pace with Crystal Palace, just ahead of them in the Premier League standings. So if you’re into Premier League match betting which way should you leap?

Well under UK gambling laws Bet365 has all the best odds for those that like to gamble on the Premier League and they’re giving Man Utd a nice 4/9 on to win it with West Ham, given the result of their previous meeting, a rather mean 8/1 and whilst a draw is 7/2 I doubt either side will settle for that, so as betting tips go, this one is a bit of a no brainer – go with United.