Play Now or Never: Gambling Games That Will Disappear Soon 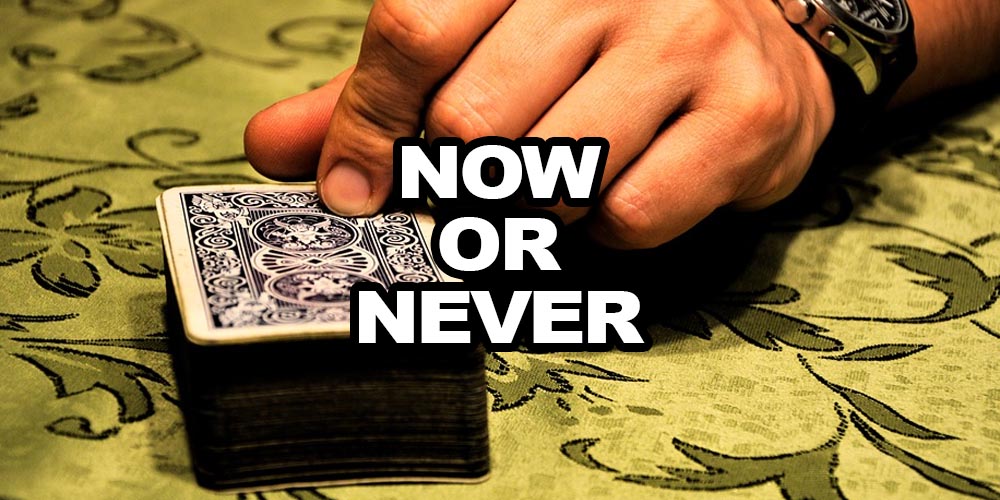 Not all casino games are equally popular among visitors. Some of them experience such a big decrease in popularity that keeping them in casinos can be at a loss. Check the list of gambling games that will disappear in the foreseeable future and hurry up to play them now.

Most of the popular gambling games have been played in casinos for ages. It seemed that they stood the test of time, but the statistics showed the opposite. A decrease in demand, lack of players, and other reasons can lead to drop-out of three well-known casino games. Scroll down to learn what 3 picks can be removed from casinos.

Before we reveal what gambling activities are under the risk of dying, some nuances are worth being clarified. Firstly, the following games can disappear mostly at land-based casinos as they have limited space for arranging lots of activities. Therefore, it will be reasonable for them to remove unpopular players’ picks and replace them with games of high-demand. It means that you can still play games you want at online casino sites in the US.

3 gambling games that will disappear due to a low demand

Pontoon is among the top-3 games with low demand in casinos. If you have never heard about this game, it is not surprising. This card game is a British mix of two popular games – twenty-one and blackjack. Pontoon players follow similar rules while playing this game as here you also have to collect a hand of 21 or less but more than your opponent. There are some distinctive features that make pontoon stand out from his counterparts and you can read about them here. Meanwhile, we will focus on the question of why this game will die out soon.

To start with, pontoon has never been a popular game. As a mix of blackjack and 21, it was always overshadowed by its well-known counterparts. In spite of this, the game still had a circle of fans and a place to play it. During the last years, however, the modest popularity of pontoon faded away and the game is thought to disappear finally in the near future.

Fan Tan is a Chinese gambling game that can disappear from casino radars very soon. To be honest, this game never was among the most popular Asian games like Sic Bo or Pai Gow. However, it has its own fans, which seem to be not enough to keep the game in casinos for upcoming years. Gamblers can still find this game in a few Macau casinos and that’s it.

If you are interested in playing Fan Tan as long as it is still available, here are the rules. It is a game of chance with four people playing. Fan Tan is played on a table looking like a craps table with a square in the middle. Its sides are marked with 1-4 numbers corresponding to the number of players. Each player places a bet on his number and here comes the dealer. He places a big covered cup of 60+ buttons and starts dividing them among players. If there are 4 buttons left on the table, player #4 wins, if 3 – player #3 wins, etc.

The last and the most widely known casino game on our list is also under risk of dying out. We are surprised too, but the statistical data speak for themselves. According to the 2016 study, blackjack experienced a 25% decrease in popularity over the last 30 years. This is the only game from “Golden 5” to have such negative stats. The other games – slots, roulette, baccarat, poker – either kept approximately the same level of demand or even increased it.

Why does such a widespread game as blackjack disappoint gamblers? The answer to this question is unknown. Probably, the most possible reason why blackjack is among gambling games that will disappear is its difficulty. The game regularly topped the list of the toughest casino games to play. Although it seems to be an easy game with a simple rule of winning – score more than a dealer without exceeding 21 points – in fact, there are a lot of nuances and gambling strategies. If you want to learn more about them, think about taking online gambling courses as they are really helpful. Meanwhile, blackjack is the most known game that can disappear from casinos in the near future.

Why are these games becoming unpopular?

There can be many reasons why there are gambling games that will disappear. All we have is statistical data, so we can only guess about the decreasing popularity of blackjack, Fan Tan, and pontoon.

The most possible reason why Fan Tan and pontoon are quite unpopular is their national specifics. One game has Chinese roots, the other comes from Britain, so not everyone can understand their peculiarities. For example, poker is an internationally recognized game that is equally interesting for US citizens and Russians. Unfortunately, not every gambling game can reach such popularity, that is why they are dying out.

When speaking about blackjack, we have already mentioned its complicated rules and strategies. They can serve as the main reason why it is among gambling games that will disappear soon. Nowadays, everything from technologies to games is simplified for the next generations, who will find blackjack too tough to play. To make it simpler, nobody will spend much time learning complicated rules while there are easier and more entertaining games to play. Fortunately, we can still enjoy blackjack at Bovada Casino as online casino sites definitely won’t throw it from their lists for upcoming years.