Gambling monopolies in the EU: the case of France

News >Gambling monopolies in the EU: the case of France 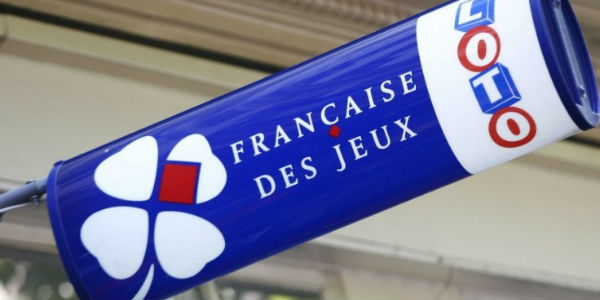 In September 2013, the European Parliament voted a “Resolution on Online Gambling in the Internet Market” which not only aimed to regulate the online market in the European Union but also to make the gambling regulations between the Member States more clear than they were. The aim of the resolution, as online gambling sites in the EU state, was to introduce a uniform, all-European standards for online gambling which will be based on the respect of the principles of free trade and free circulation of services within the European Union.

The monopoly of the French Lottery

If there is a synonym for a successful monopoly in the European gaming sphere, then that is definitely the French National Lottery company, the famous La Française des Jeux or simply FDJ. Formed back in 1976 by the French Government, The French National lottery, FDJ, is the fifth riches lottery worldwide, having expectation to overcome the amount of EUR 16 billion in revenues for 2017. The most common product of the FDJ are the lotteries, although from 2010 they achieved most incomes from sports betting. On the other side the national horse betting company, Pari Mutuel Urbain, (PMU) operates with the horse betting in the country.

In 2010 France was pressed by the EU to open its gambling markets in accordance with the free market policy. Due to this pressure they introduced in the country online sports betting and online poker, but still continued to exercise strong state control on the providers. Beside this control the monopoly of the state owned companies was unconditionally defended. For instance in 2005, the French monopoly holder on online horse race betting, PMU, initiated proceedings against a Maltese online bookmaker Zeturf Ltd for offering betting services in France. Similar cases appeared in the online casino sector as well as in the online sports betting sphere in France.

• PMU vs Zeturf: paradigmatic case of defending the French monopoly

Initially, the Regional Court of Paris found in favour of the PMU, but as Zeturf had requested for a repeal of the rules before court, the French Conseil d’Etat needed to request the Court of Justice European Union to give a preliminary ruling. Yet, as online gambling sites in France report, in the end the European Commission only instructed the French government to modify its law on online gambling and to allow outside operators.

How France justified its monopoly?

The common explanation of the French authorities in front of the court, were not the usual charitable arguments, but the ones on the defense of responsible gambling and prevention of criminal. In 2007, the French government set an advisory committee on gambling and responsible gambling (Comité consultative pour la mise en oeuvre de la politique d’encadrement des jeux et du jeu responsable) to construct gambling policies from the perspective of the demands coming from the EU.

In this respect the most common clause that the French gambling legislation uses in order to justify the monopoly in the country is the prevention of criminal. According to the legislation gambling is an enterprise with a high possibility for frauds and criminal, so offering gambling products by state-owned companies is a way to fight and ultimately annul the illegal gambling market especially in respect of tax evasion or money laundering.

Can this be a justification for the monopoly of FDJ? The EU certainly states in their resolution that the customer protection as well as prevention of criminal are a reason for restrictions. However to which extent they are a threat in the French case? Many gambling policy experts in Europe claim that the criminality risks to which the French authorities appeal are overstated.

This is especially the case nowadays when the French government have developed various other mechanisms for controlling the gambling market. On the other side, as gambling news report, the measures of protection that the French Government uses, are more or less unable to cope with the criminality threats that come from the online gambling itself. In each of these two cases the justification of the French is coming up to serious difficulties.