Time To Get Your Bet On The Dubai World Cup Ready 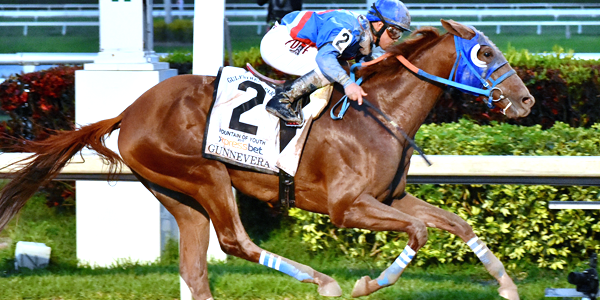 It may no longer be the richest horse race in the world but there’s still $10m USD up for grabs and this famous race still boasts a lure that attracts some of the best in the business, but which of the runners and riders should you put your money on as the world of racing once more turns to the United Arab Emirates and places a bet on the Dubai World Cup? Can Collected triumph? Could West Coast Win? Or will Talismanic find the luck on the day to finish first? We take a look.

With the Pegasus World Cup offering up a few more million the Dubai World Cup has lost a little sheen in recently years, something exacerbated by The Everest (the new big race on the block) in Australia seemingly so close behind and the ever present possibility the prize purse will be upped in the Breeder’s Cup Classic or Prix De L’Arc De Triomphe as the upper end of racing gets ever more competitive and races need attract an ever better field. Luckily you can always bet on the Dubai World Cup to gather a superb field.

2018 will be no exception, certainly we might not see the likes of Arrogate storm through for the win as we did last year, however the presence of rides like Gunnevera and Thunder Snow ensure that this isn’t going to be a foregone conclusion whatever the bookies like BetVictor might wish. There’s some great choices, all of whom have a fair chance on the day, and if you’re going to take advantage of UAE gambling laws to bet on the Dubai World Cup you’re going to have to make some hard decisions.

Who Will Win The $10m Prize Purse At The Dubai World Cup?

Right now at BetVictor you can get a tasty 12/1 on Talismanic, winner of the Breeders Cup Turf and the Prix Maurice de Nieuil as well as the Prix Lord Seymour, to come in first, and if you want something to cheer for you can’t ask for a better bet on the Dubai World Cup this year, well, unless you fancy Thunder Snow instead, the mount that won the Prix Jean Prat and just this week snatched a victory in the the second round of the Al Maktoum Challenge, currently getting around 10/1 online.

Of course there are rumors (and which big race doesn’t have a large helping of those on the side) that the horse that beat Thunder Snow into second place in the first round of the Al Maktoum Challenge, Heavy Metal, will also run and currently being tossed 16/1 odds here and there that could be a very interesting bet on the Dubai World Cup given its current form, although whether it’ll be able to make UAE gambling news headlines beating out the likes of Gunnevera at 8/1 is really quite debatable.

Bet On The Dubai World Cup At BetVictor

Gunnevera, of course, has showed a lot of promise since it’s win in the Tangelo Stakes and got a credible third in the Pegasus World Cup earlier this year, but just might not have the legs to take on the top of this field that includes Forever Unbridled which won the Fleur de Lis, Personal Ensign and Breeders Cup Distaff, and if it runs it’ll be worth the 6/1 bet on the Dubai World Cup, although there are still the two favorites to beat and neither one of them is likely to move over easily on the day.

Collected is earning odds of around 13/2 at sites like BetVictor and if it runs it’ll be a tricky bet on the Dubai World Cup since it hardy performed well the Pegasus (coming home seventh) and only managing second in the Breeders Cup Classic, of course West Coast will still be the favorite wager for those that like to bet on sports in the UAE, even at those 7/4 odds, it has the best chance and after a second place at the Pegasus World Cup and third in the Breeders Cup Classic is looking for a win.