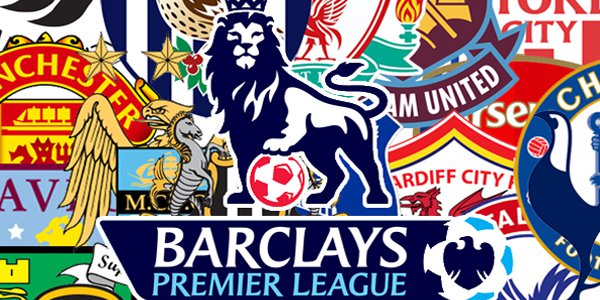 This Premier League’s season is shaping up to provide punters with a hot battle at the bottom of the table.

The 2014/2015 Premier League season is only seven games in, and the battle at the top is hot enough to keep punters under British gambling laws busy cheering and betting on their teams. But there’s also another war raging at the bottom of the table: the relegation battle.

Although it’s relatively early to tell who’s destined to drop down from the League and who will manage to stay afloat, the odds in the regelation market at online sportsbooks in the United Kingdom are getting more and more attractive with each matchday. Predicting the right outcome this early in the season could provide smart punters with great rewards.

• Burnley and QPR are top favorites to go down

This month saw a two-week break in Premier League matches due to British internationals commitment to Euro 2016 qualifying campaign. But the upcoming weekend will already host another round and punters are back to betting and anticipating great fixtures.

While Chelsea’s lead and Manchester City’s second place are hardly surprising to anyone, the current standings at the bottom of the table are a bit more complicated and rather unexpected. However, they provide us with an opportunity to make early bets and scoring large pots should the predictions come true.

Yes, there’s minimal difference range starting from the middle of the table and down, but a little help deciphering the standings never hurt no one who bet on sports in the UK. Hull city are currently 11th with 9 points and five ahead of the last-placed Queens Park Rangers. However, this is exactly the same gap between the leaders Chelsea and 2nd-placed Man City. QPR are currently second favorites to be relegated with 1.67 odds from Bet365.

Interestingly enough, the one team for which the relegation odds haven’t changed much since the start of the season is recently promoted Burnley. Bet365 has them lead the relegation market table with 1.33 odds. And it doesn’t take a rocket scientist to understand why their chances of staying in the top flight are so slim.

Burnley did manage a stunning comeback in their last game at Leicester, but Ross Wallace’s late equalizing goal was only their third one in seven games, and the team is yet to produce a win. Unless Burnley manage to improve their ability to create and utilize chances, there’s little that can help them stay in Premier League.

Betting on Burnley to be relegated is perhaps the safest bet punters can make in Premier League at the moment, but there’s always the winter break and transfer window, so things might take a turn for the better for them.

The Magpies, currently third from bottom, are in an even more interesting situation when it comes to relegation odds. According to online bookies, Newcastle currently got a line of 4.00 to be relegated, which puts them into 5th spot in this market, but their chances have been fluctuating from 3.80 odds to 16.50 line from the start of the season.

Newcastle managed to tie Swansea away in their last game, but they are still to produce a win this season, and Alan Pardew is unlikely to leave his post, meaning he will be trying to squeeze the best from his new signings including the highlights such as Emmanuel Riviere and Remy Cabella.

Newcastle’s local rivals got a longer line to be relegated – 5.50, and quite rightfully so. Sunderland have only conceded seven goals and have lost only one game out of seven, revealing they are much harder to beat than the rest of the teams in relegation danger.

Crystal Palace may currently find themselves in relative safety of 15th spot, but they are only 4 points away from the relegation zone with 8 points collected in 7 games. They are third-favorites to drop down with 2.90 odds from Bet365, but were as low as 2.30 at some point.

Another newcomer to Premier League, Leicester, are currently valued at 5.50 odds to be relegated, having been as short as 2.32 at some point. Their relative safety at this point is explained of course by their great performances including a magic 5-3 win over Manchester United. But if we don’t count those five goals, we will only find another six in their other 6 matches, which might give us a reason to worry.

Swansea and Southampton currently find themselves in the upper half of the table in 5th and 3rd places respectively. Kicking off their campaigns at a great pace allowed them to be far away from being really considered as relegation candidates. Swansea are priced at 15.00 to be relegated, and Southampton got even longer line of 34.00.

West Brom may be enjoying great form right now, but they are good value team to be backed for relegation at 3.35 having been as short as 2.22 at one point. Everton’s current 17th spot right on the edge of relegation zone is most probably a fluke, and they are priced at 151.00 to go down.

Drawing a conclusion, Burnley and QPR are the teams that will most probably be relegated, but the question about the third team joining them remains open. This will keep the relegation market battle alive for the rest of the season, providing us with more hot odds along the way.