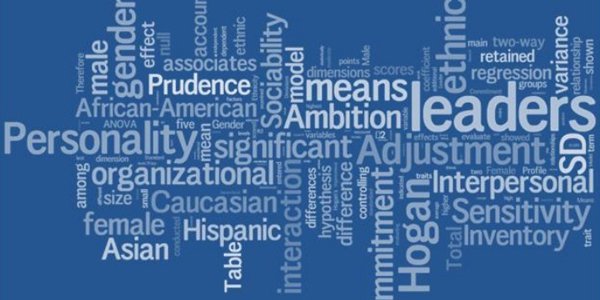 Some of the most successful poker players have specific personality types which they use to their advantage when playing card games.


Players that manage to showcase a great understanding of the poker game can go a long way and win big prizes. However, players that possess certain unique personality types are usually the most successful card players in the game. They can remain calm under pressure and make rational calls all throughout the rounds all thanks to their intrinsic characteristics.


A recent study by a group of researchers at the University of Helsinki, explored the link between the emotional factors of poker players and their propensity to achieve financial success. Although many industry experts would say this is a cliché, there is great evidence to support the fact that successful poker players stay cool at all times and are difficult to read.

• 478 participants completed an encompassing survey on their playing characteristics

The broad findings of the research were published in the journal “Cyberpsychology, Behaviour and Social Networking.” The research team was led by Michael Laakasuo of the University of Helsinki and the objective results gathered suggest that maintaining a calm and steady demeanor during a poker game leads to much greater success of the player.


The findings in the journal indicate, “Higher emotional stability predisposes poker players to continue playing poker, whereby they are likely to accumulate poker experience and skill.” The method for gathering their data involved different mobile betting sites where many poker players are known to come together to enjoy the game.


478 poker enthusiasts took part in an online survey where all of their characteristics and info about playing tendencies were recorded. More importantly, their personalities were assessed with the use of HEXACO model, which is efficient in measuring honesty/humility, agreeableness, emotionality, openness to foreign experiences and conscientiousness.


The unique characteristic of emotionality was dubbed as “neuroticism” and it was measured in another popular personality index. This represents a person’s “tendency to experience fear, anxiety, and need of assurance.” The researchers of the study sat that neuroticism and other important personality characteristics “are known to be, to a large extent, stable over time.”

The large group of participants were also quizzed on their playing techniques and other relevant questions that helped them reach the findings reported in the journal. Questions about their poker history, level of stakes they usually play at, number of played hands in their lifetimes and whether they deem themselves pro players were among the survey’s questions.


Gambling news reports that the findings suggest that players with a great deal of experience in the game are by their own nature cool and can cope pretty well under pressure. “A predisposition for emotional stability – that is, lower scores on emotionality – is linked to high levels of poker experience.”


Laakasuo and his team also reported that, “The effect of emotional stability was most strongly associated with the levels of stakes at which the participant typically played poker. This indicates that experienced poker players may have an innate disposition to tolerate mental and emotional pressure, and keep calm while making decisions involving large sums of money.”


These results do hold significant ground, however there are interesting differences that research team reported between online games and real life poker. In-person players have a tendency to score high openness to experience and extroversion, as opposed to online poker.


“Extroverts seek excitement, activity, and novel experiences and these are probably more often found in live poker rather than in online poker.” This suggest that thrill seekers are far more likely to enter real-life US poker rooms to experience the full excitement of the game, rather than join online competitions.


Should players want to consider becoming professional poker players it would be advisable for them to explore their personality traits. This would help them discover their strengths and weaknesses which would give them the chance to maximize their earning potential.