Grammy Song of the Year 2022 Prediction 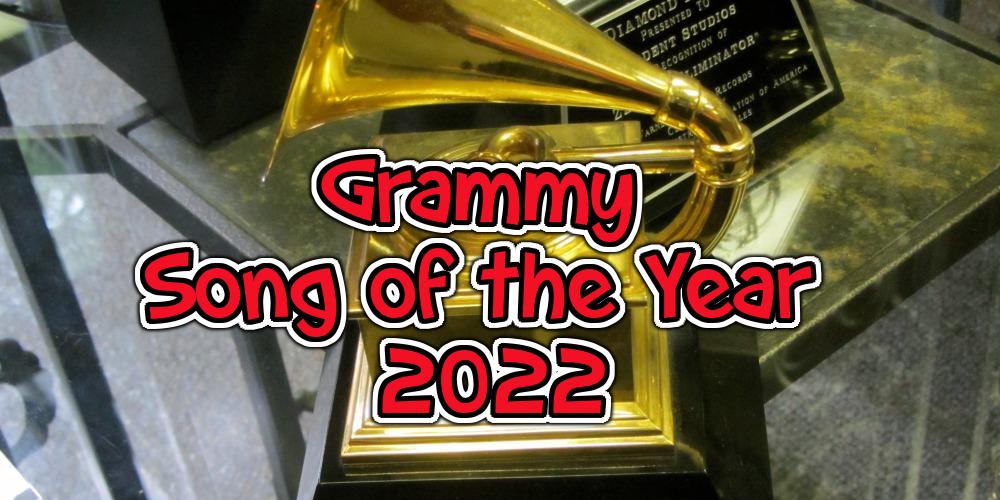 The Grammy Awards are one of the biggest events in music industry. From year to year the best musicians get awards for there, work they have done in a year. what’s more important, it’s not just big event for people who work in the music industry, or love music. It’s also a big opportunity for people who love to gamble. Why? It’s easy, because you can win big money if you predict the winner of awards. So why wouldn’t you invest your money in it? With the right tips, and information you too can win big money. What’s more Song of the Year is one of the most predictable award. So read the Grammy Song of the Year 2022 prediction and put on your bets!

If you are thinking about betting on Grammy 2022 Song of the Year, there is someone you should keep attention to. The young artist made an amazing entrance to music industry this year. As it seems right now, she has very good chance at the Grammys. She is nominated for 6 categories, which is very impressive. What’s more she has very good odds at winning some of them. One of the categories she has high winning odds, is Song of the Year for „Driver’s License”.

The song is her debut single, and it went viral after its release. The 18 years old’s song broke Spotify’s daily streaming record for two days. What’s more it was the first song to hit 80 million streams in 7 days on Spotify. And her success doesn’t stop there, „Driver’s License” also debuted as Nr.one on Billboard Hot 100. And reached number one in several other countries. Rodrigo had really made history with her debut song, so it’s no surprise it is nominate for Grammy Song of the Year. So why wouldn’t you bet on her as the winner? Her winning odds according to 22BET Sportsbook are at 1.9 right now.

Will Billie Eilish Win Song of the Year?

The young singer has already proved that she is one of the biggest pop stars of her generation. After winning 5 Grammys in 2019, she made history. In 2020 she also won two awards, and it seems like this year she has high chances at multiple categories. One of them is song of the year, where she has the second-best winning odds.

According to online sportsbook in the US she has her winning odds at Song of the Year at 3. And for which song is she nominated? It’s her iconic „Happier Than Ever”. The track is part of her new album „Happier Than Ever”, and it got very good critic.

According to online gambling sites in the US Silk’s Sonic’s “Leave the Door Open” has the third most winning odds. The American R and B superduo released its debut single in March 2021. The singer Bruno Mars and rapper and singer Anderson. Paak. has made an entrance as a duo this year. Their first Studio album “An Evening with Silk Sonic” has been one of the most successful albums of the year. It debuted number one in various charts, including the US Billboard Hot 100. Also, it has entered the top ten of several countries, like Australia, Belgium, Canada and Portugal. Furthermore, it received universal acclaim from music critics. What’s more the album’s lead singer became a worldwide success. The song’s winning are at 6 right now. Why not bet on it?

It was first previewed in a Super Bowl LV commercial, and it debuted at the top of the Billboard Hot 100. So, it was his second number one hit after “Old Time Road”. Furthermore, it was certified platinum in the US, and was No. 1 in many countries. According to 22BET Sportsbook, Lil Nas X’s winning odds in this category are at 13. Seems like in 2022 Grammy Song of the Year he has very good chances.

Doja Cat is a big favorite, since she became on of the biggest stars in music. So, it’s no surprise she is nominated at the Grammys for several awards this year too. She has very good winning odds at Yong of the Year at the moment. To be exact, her song “Kiss Me More”, which is featured with SZA, is the fifth most probable winner. Although it’s hard to predict the outcome exactly of any awards, she really has good chance with winning odds at 19. The song released in April 9, 2021 and is Doja Cat’s new album’s lead single. It reached the top-five in eighteen countries, and became number one in New Zealand, Mexico, Malaysia and Singapore. What’s more the song got three Grammy nominations: ford Record of the Year, Song of the Year, Best Pop Duo/Group Performance.