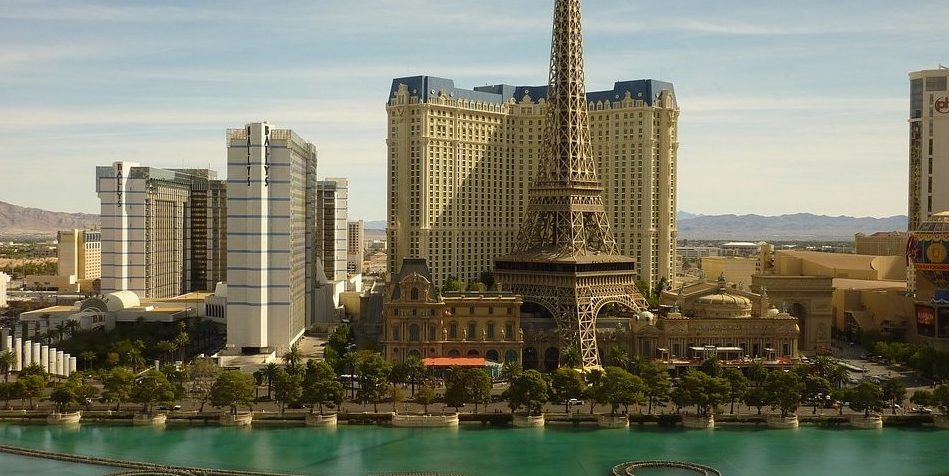 The history of gambling in Las Vegas started with the railroad workers and ranchers, and from there it grew to become one of the largest metropolises dedicated to gambling, and vice. In the early 1940’s racketeering and drugs money helped build the fabulous casinos. Today the city is a mecca for low-cost luxury and thrill seeking gamblers. You can also find online casinos in the US here. Here’s the concise history of gambling in Las Vegas.

Introduction: The Concise History Of Gambling In Las Vegas

Rafael Rivera was the first European to enter the Las Vegas valley in 1821. He gave the name of Las Vegas to the valley. It means, “The Meadows” after the spring watered grasses. 1905 saw the arrival of the railroad which connected the city to the main railway network. Las Vegas saw the incorporation of the city in 1911.

Up until 1910 all gambling was illegal in the state of Nevada, but it carried on in speakeasies and illicit casinos. Finally legalized in 1931, gambling already had a strong foothold in the city. The Hoover Dam began construction in the same year and was a few miles East from the main town. As a result, thousands of men came work the site. And here starts the history of gambling in Las Vegas. It goes without saying that casinos and show girls followed, setting up shop on the one paved street, Fremont Street. The completion of the dam saw cheap hydroelectricity powered signed flashing in Fremont’s “Glitter Gulch”.

The Mob, the Strip and the Age of Glamour

The El Ranchero Resort was to open just out of city limits in 1941. Soon came other hotels and casinos and before long that section of the highway became known as “The Strip“. With the backing of the East Coast Jewish gangster, Meyer Lansky and his Mexican drug money, his associate, Bugsy Seigel opened the Flamingo Resort. It was more like Hollywood and through the booking of top acts and talent was able to bring in more punters. In 1947 Seigel saw his demise with a bullet through the eye. But his ideas for Las Vegas would not stop growing. Hotel and casinos like the Sahara, the Sands, the New Frontier and the Riviera rose up during the 1950’s and 1960’s.

It wasn’t just mob money either, as Wall street saw interest in investing, along with the Mormon Church,Union Pension Funds and The Princeton University. Over 8 million tourist visited in 1954, taking in by rows of gaming tables and slots machines. Also star acts like Frank Sinatra, Dean Martin and Elvis Presley helped fill the venues. Las Vegas also enjoyed a military boom as World War II bases were turned into Cold War facilities. These were the famous Nevada Test Site, where over 1,000 nuclear heads were detonated in 1951 and 1963. You could see the mushroom clouds from the hotel windows and Las Vegas proudly wore the title of “Up and Atom City”.

Rise Of The  Mega Casinos

Howard Hughes decided that he would buy the Desert Inn after taking the penthouse suite in 1966. He then bought other hotels, spending over $300 million. In doing so, he sped up the era of corporations and the mob money took a back seat. The casino developer, Steve Wynn opened the Mirage, a mega-resort, in 1988. this led to the transformation of the strip as old casinos were torn down. in their place sprang up massive resorts with style cues from ancient Rome and Egypt, Paris, Venice, New York. Today the city lives by it’s casinos. Here’s a list of online casinos in the US. It also appears to be pretty recession proof. In 2008, in the grip of a world economic downturn. Las Vegas still saw in excess of 40 million visitors. Presently in the age of the Internet Las Vegas is making it’s online presence felt via sites such as the Vegas crest Casino.