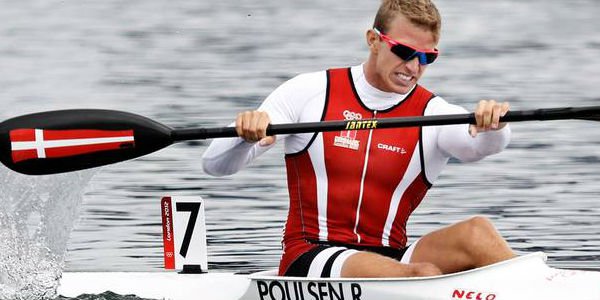 Canoeing and kayaking have a long tradition at the summer Olympics. Their first appearance is related to the 1936 Berlin Olympics after which they consecutively appeared on all Olympics until today. The Olympics usually feature two disciplines of canoeing and kayaking: slalom and sprint.

• The Norwegians dominated this Olympic discipline

Many would say that the Olympic K1 1000 canoe sprint is practically a Scandinavian discipline. And they won’t be wrong. So far there have been 18 Olympic K1 1000 competitions out of which 9 times the gold went to Scandinavia. A special mention deserves the Norwegian domination in this sport.

Through Knut Holman and Eirik Veras Larsen, the Norveginas reigned this sport form the middle of 90s until today winning four gold on the last five Olympic Games. Yet, Eirik Veras Larsen will not attend the canoe sprint at the Rio Olympic. As sites dealing with internet betting in Norway mention, with the gold in London he ended his Olympic career. Without the king in this discipline everything seems to be possible. And nowadays many prognoses say that a Danish or a Czech canoe sprint era is about to start from these Olympics.

Who are the favorites of the canoe sprint at the Rio Olympics?

Online sportsbooks in Australia such as Sportsbets stress Rene Holten Poulsen as greatest favorite for the Olympic Champion title giving him odds of 3.50 for winning the golden medal. The 27 years old Danish sprint canoeist comes on the Rio Olympics with a golden medal in K1 1000 category from the World Championship in Milan. Beside this he is one of the six world athletes that win a golden medal in K1 1000 and K1 1500 meters canoe sprint on one world championships.

The 23 years old Czech, Josef Dostal is the second favorite behind Poulsen. He is the world champion from Moscow two years ago and silver from Milan last year. In 2012 he won a golden medal with the Czech K4 team on the London Olympics. His ambition meanwhile have grown and nothing but the gold in the canoe sprint single seems to be enough for this canoe sprint star.

Yet, the canoe sprint at the Rio Olympics will probably not be just a duel between Poulsen and Dostal. Many stress Fernando Pimenta, third on last year’s world championship in Milan as also a favorite for throne from shadow. Thus, according to Sportsbets the young Portuguese canoe sprinter has the same betting odds as Dostal for winning the final race, both being evaluated at 5.00.