How Do Religions View Gambling? A Collection of Opinions

News >How Do Religions View Gambling? A Collection of Opinions 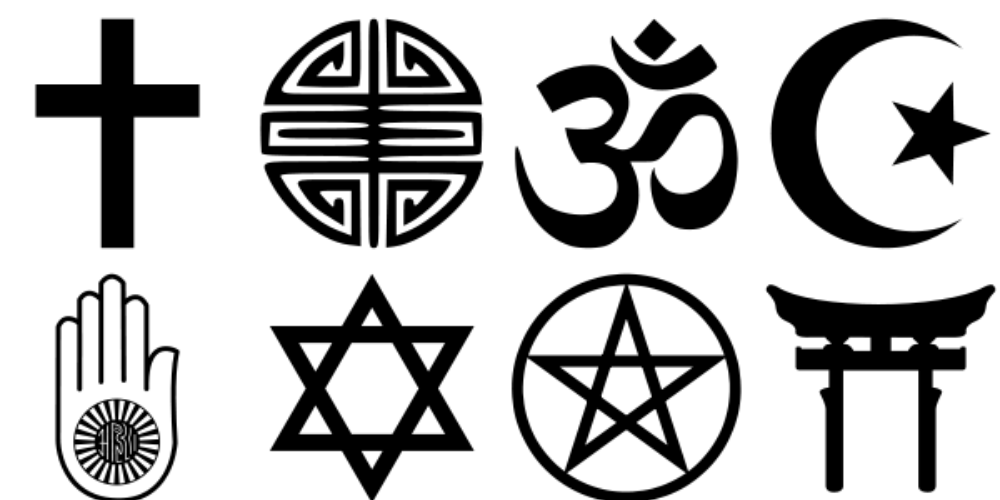 If you enjoy gambling, yet you are a religious person, or you just enjoy reading about theology or anthropology, then this article is just for you. Because gambling is not considered to be ethical by many cultures or religions. However, modern governments are ensuring the safety and fairness of gambling. For example, Singapore’s gambling law states they are not allowing low-income citizens to participate in gambling. Therefore you shouldn’t worry about how ethical gambling is, as it is only affecting you. Because the house always wins, alas you can not hurt anyone by winning. There are millions of people registered on online bingo sites in the US. Some of them might be meditating on the question: How do religions view gambling?

How Do Religions View gGambling?

Many religions are focusing on humanism. Therefore if you feel like gambling isn’t unhealthy for you, then you should be able to gamble at your own will. Unless the local law is forbidding it. Theocratic governments will ban gambling if it is against their religious doctrines anyways. However, it is good to educate yourself about what these doctrines are stating about gambling. Without further ado, let’s answer the question: How do religions view gambling?

As many already know, Christianity isn’t judging gambling. There were several occasions when Christianity was promoting gambling to gather funds and foundations. According to the Bible found in Biblica, whatever one does is the act of God. Therefore whatever your intention is with gambling, in the end, it is a god who will reward you. God has mysterious ways, and whether you were driven by greed during the act of gambling or not.

In the end, if God doesn’t want you to gamble, God will not lead you astray. Therefore, if you are losing money, then God doesn’t want you to win. But if you win money, then it was equally God’s demand for you to win money. In conclusion, gambling is totally viable and considered ethical in Christianity. Gambling addiction is a demon you can expell.

Buddhism has a clear indication of gambling being unethical. While religion is not judging gamblers, the act of gambling is against the Noble Eightfold Path. One of the eight elements on this path is the Right Livelihood. And the act of gambling is contradicting what the Right Livelihood is standing for. Because according to the Daily Enlightenment, Gotama Buddha himself said: “In winning, one begets hatred; in losing, one mourns the loss of one’s wealth; one’s word is not accepted in court; one is avoided by both friends and officials; one is not sought after for marriage because people say a gambler cannot support a wife.” Therefore, Gambling is considered to be unethical by Buddhism. They are not on a witch-hunt after gamblers. One simply can not become an Arhat if they are participating in gambling activities. Because Buddhism doesn’t want Bhikkus to benefit from wealth.

Islamism – How Do Religions View Gambling?

In Islamism, there are two basic definitions to understand before understanding while gambling is illegal and considered unhealthy. The Quran defines two groups in the cosmic elements of existence.

These two groups are the ‘Halal’ and ‘Haram’. Every act of good and wholesomeness is an act of Halal. And every act of unwholesomeness and unhealthiness is a part of Haram. According to Learnreligions, the act of gambling is falling under the category of Haram. This is why the Wynn opening resort in UAE is an interesting topic. Because gambling has been illegal within the United Arab Emirates. However, Wynn is trying its best to collaborate with one representative of the Sheikhdom. Because even if someone is religious, they can understand that a little gambling is not that big of a deal. However, the Quran clearly states that it isn’t contributing to the goodwill of a person.

How do religions view gambling? Well, Shintoism in itself is not mentioning anything about gambling. Because Shintoism is one of the odd religions that are tying together mythical stories with the history of emperors. Therefore, whatever the royal family deemed acceptable, was also acceptable by the religion. The current government of Japan is forbidding most forms of gambling. However, there are exceptions such as horse racing or governmental lottery. Therefore, if you are a part of the Shinto religious circle, then you shouldn’t worry about the ethical side of gambling, as long as gambling is legal in your region. Shintoism is one of the confusing religions when we are debating how religions view gambling.

Taoism is one of the most interesting religions to debate when it comes to gambling. Because Taoism may have the healthiest take on the topic. Not only among religions but governmental bodies.

Taoism is one religion that has an open deity among the historical Gods of Gambling. According to the Ezine Articles, the strange acceptance of gambling may come from the fact that gambling has been a widely accepted activity in Chinese culture. For example, the earliest forms of gambling were contributing to the building of the Chinese Great Wall. Because in Taoism they believe that every event is an inevitable universal event. This is called the ‘Flow.’ Nothing can break the flow of the universe. And gamblers are just placing bets on whether an event will happen or not. Therefore, Taoism is supporting gambling, and it is giving it a clear green light.

Hinduism is one of the religions that clearly forbids gambling. Because it is against most of the ascetic Hinduism practices. If you are gambling for entertainment, then the practitioners of Hinduism might frown upon you. There may be schools that are studying the act of gambling from both sociological, economical, and theological perspectives. But they are doing it in the name of the science of religious experiments. Therefore you can not gamble. Because gambling is ultimately coming from greed, and Hinduism is sharing ideologies with Buddhism.

So How Do Religions View Gambling?

After so many different opinions on gambling. It is hard to give a general answer to the question: How do religions view gambling? The simple answer is that there are religions who are considering gambling an act of unhealthiness. Therefore, they are forbidding it by the law in the countries that are practicing said religion. There are religions who are considering gambling as a result of prosperity and a way to support the government. And some are holding gambling in a neutral, alas gray area.

The Most Ethical Online Gambling

If you wish to gamble online, then the most recommended gambling activity is bingo. Bingo is a harmless form of gambling. Check out Cyberbingo if you wish to play on the most secure and safest gambling site on the internet. They have been around since 1996. And we even have a Cyberbingo Guide for you to understand everything you need to know about the website. From registering to claiming promotions.