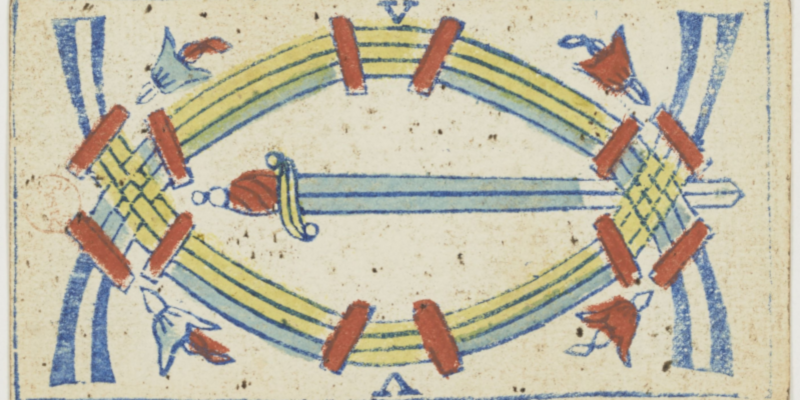 As the famous Steven Wright said: I stayed up all night playing poker with tarot cards. I got a full house and four people died. The ancient cards had many interpretations over time. They are most commonly used for self-exploration and gaining knowledge on one’s spiritual journey. Since tarot is the ancestor of the modern card games, you could win poker with tarot knowledge.

Every card in poker has a corresponding card in tarot’s minor arcana. Knowing more about tarot cards can help you to make the right decisions during a poker game.

The importance of intuition in poker

As online sportsbook news in France presented lately, facebook was successful in developing an AI that can win over the best players of the poker world. While it’s pretty impressive, I still consider computers as very fast morons. Despite having a good strategy and finding the right moves all over the game is crucial, I don’t think any professionals would argue that you can exclude intuition from poker. I am pretty sure even this AI’s algorithms had some random values to optimize certain situations. If you are interested in algorithms I suggest you read our article about Bill Benter who cracked the code of horse racing and shared the basics of his method after retirement.

While you can easily improve your tactics through online poker sites in France, you will still need good instincts to win the game. And that’s where tarot’s ancient knowledge can be a game-changer.

Deriving poker cards from the tarot

To win poker with tarot first you have to understand some basic terms. While tarot consists of 78 cards, you can divide them into a major and a minor arcana. The major arcana is your first association when you hear the word tarot. It’s containing 22 cards with the figures like the fool, the tower, death, etc.

The minor arcana is the one we are going to focus on to win poker with tarot. The 56 cards of the minor arcana are divided into 4 suits, in accordance with the 4 elements. These are the cups, the swords, the pentacles, and the wand.

Cups corresponding with the water element and in playing cards, they will fit the hearts.

Swords are in connection with the fire and they will become the suit of clubs.

Pentacles or coins are analogous with the earth and they match the diamonds.

Wands are equivalent to the air element which will become the suit of spades.

(Most of today’s tarots are mixing up the swords and the wands, unfortunately, they are not aware of the fact that originally the swords are the symbol of fire and the wands stand for the air element. Just think about the caduceus or the swords of fire from the bible, these are ancient archetypes.)

I guess you noticed that we have 4 extra cards. They could be useful at the table but maybe you find yourself shot-down like in some western movies. In tarot, there is an extra card which is the page or the knight so we have to leave one out. As french cards’ jacks are illustrating militants or knights we will leave out the page card from tarot. Now we have all the cards from Ace to two in every suit.

Win poker with tarot focusing your intuition with reading the cards

As I mentioned above and as it is obvious to every player when you are playing at the table strategy and logic come first. In any competitive game be it poker or whatever else, you have to stay rational. Emotion-based actions can be fatal in any game. However, there are situations when you can’t be certain if the other guy is raising as a bluff or he really has that third king in his hand. This is the time of intuition this is the time of instinct and this is the time to win poker with tarot.

Since the major arcana builds a very complex and tight system with the minor arcana and also with the circulation of the four elements, I will just give you some basic idea on how to use tarot reading in your gameplay.

If you are looking for a spade and a club, this means you are connecting with air and fire elements. These elements, you can associate with action, power, and confidence so you could benefit from an aggressive betting strategy. However, if you are dealing with a heart and a diamond you work with the elements of water and earth. Just thinking about the combination of these two elements a cool and persistent approach can do the trick. You can follow the same analogy combining the cards’ meaning with the element of their suite.

Since you want to be serious about winning all the poker tables, you are already into the strategy books. At the end of the day if you are done with reading about poker methodology and testing it at some real competition you might look for some different activity and get more in-depth into tarot. It’ll help you through your life also will give you an advantage in poker. Learning to win poker with tarot is not a one-minute process. Are you a master of tarot already? Do you also know some things about poker? Then you are in a very favorable position.