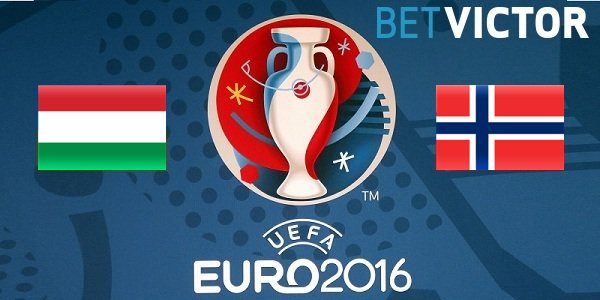 GamingZion presented the best Hungary vs Norway odds before the second leg of their EURO 2016 qualifier playoff fixture.

In Oslo, Hungary upset the odds on Thursday, when they won the first leg of their EURO 2016 qualifiers playoffs matchup against Norway. László Kleinheisler scored the only goal of the game on his debut for the válogatott, and the landslag was unlucky not to equalize in the second half. They will decide on qualification in the second leg in Budapest, Sunday night. Have a look at the best Hungary vs Norway odds with the courtesy of BetVictor, one of the most popular online sportsbooks in the EU.

The visitors are underdogs according to Hungary vs Norway odds

Hungary was quite unspectacular on Thursday, if we compare them to the biggest sides in Europe, but what they did, they did spectacularly. They were kept putting men behind the ball, let the Norsemen do their robotic thing and cleared the ball when it was needed. They also kept the ball for some periods and were effective in slowing down the pace of the game.

Though Norway had the ball usually and had 16 corners in the game, they struggled to create quality chances against the disciplined Hungarian defense. They were also unlucky not to get a penalty on two occasions in the second half and Pal Helland was unable to find the empty net when his header came off the woodwork late in the game.

Imagine how fierce the second leg will be

After watching Norway to struggle against the Hungarian defence, led by goalie Gábor Király, playing in his trademark grey sweatpants, it is easy to understand why internet betting operators favour the Magyars to advance in Hungary vs Norway Odds. They are 1.33 (1/3) favourites to qualify for the UEFA EURO 2016, what would be the first time at the Euros for them since 1972 and their first major tournament since the 1986 FIFA World Cup.

However, Norway have tempting odds, with BetVictor offering the best option amongst internet betting operators. They might be underdogs, but this is far from over.

Find the best offer amongst Hungary vs Norway odds

The Hungarian side will defend ferociously in Budapest

Many experts of successful sports betting strategies would go for a tie in the reverse fixture. Though Hungary won through Kleinheisler’s tricky but at the same time lucky shot and Norway were able to put pressure on the visitors’ defence for long periods, the two sides were offsetting each other for the majority of the game. I wouldn’t be surprised if the second leg in Budapest resulted in a stalemate.

To learn more about this top online betting operator, have a look at the BetVictor review in our internet sportsbooks guide! Join BetVictor now and bet on international football with some of the best available online betting odds on the web!