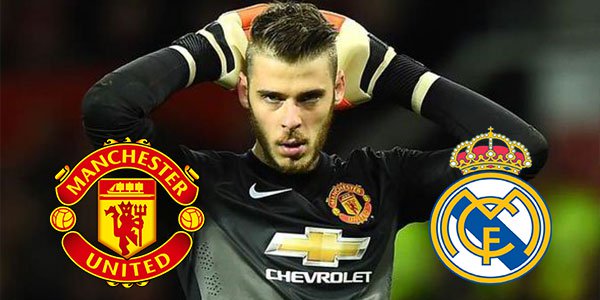 David De Gea showed his top-class skills against Newcastle United which has started spreading the old rumours about him leaving Man Utd for Real Madrid.

David De Gea is one of the greatest talents among the football world’s goalkeepers. Being only 24 years old, he already plays for Manchester United, the prestigious English club. In addition, he is regarded as the best player in the squad especially after the game against Newcastle United, where he showed incredible goalkeeping skills to save his mates.

He has been playing in superb form which did not avoid the sight of Spanish gambling news either. There are more and more rumours about him joining for his home country’s side, and after the match at St. James’ Park Jamie Carragher jokingly tweeted “the quicker De Gea goes to Real Madrid, the better.”

Real Madrid are looking for the replacement of 33-year-old legend Iker Casillas and the young Red Devil’s talent seems to be the perfect candidate: He fills out most of the criteria: Spanish national, young and phenomenal. His contract with Louis van Gaal’s side is going to expire soon and he was offered to renew it, but he refused. In addition, he never made it a secret that Iker Casillas is an idol for him.

Online gambling sites in Spain offer not only La Liga betting, but also other interesting options to punters, such as putting a stake on De Gea leaving his team. BetVictor Sportsbook believes that Los Blancos are the club that he will choose, taking into account that they set the odds at 4.00 (3/1) to replace the captain of the Spanish club.