Is Nascar Dangerous? – Car Races in the 21th Century

News >Is Nascar Dangerous? – Car Races in the 21th Century 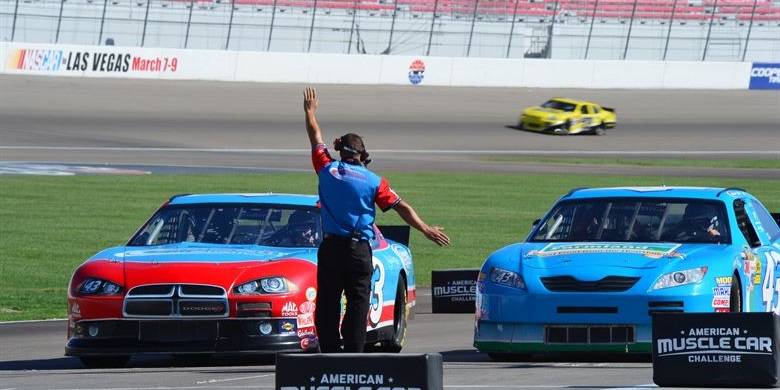 There is an endless debate on the Internet: is Nascar dangerous and how dangerous it is actually. The forums are taking two sides. The bigger half says „all the sports are dangerous and Nascar racers are so protected by their equipment that it’s safer than football”. The other half declares that „if you see a Nascar crash in person, you will change your mind”.

National Association for Stock Car Auto RacingIs or better known NASCAR is the most popular American autosport. It’s also an important organization for online sportsbooks in the US because bettors love the long odds that accompany the long races. Even if you are not sure about that NASCAR is dangerous nowadays, you can be sure that it was hazardous back in the ’30s. This outstanding competition grew out from the car races of the Daytona Beach and Road Course, in the early 19th century. By the way, it’s continuously evolving. If you would like to learn more about the newest, most prestigious championship, check out our 2020 NASCAR Cup-Series predictions. Even more, if you will watching the championship series check the odds at Bovada sportsbook because you can earn neat profits

Is NASCAR dangerous or it just includes the regular hazard of the highways?

You can’t imagine the pressure that these drivers live trough. First of all, the stress what a 300 lap race includes is much bigger than any regular game’s stress factor. You drive for 3-4 hours continuously. One bad move or slow reaction can cost you the first place or even your and others’ lives. You inhale gasoline and burned rubber all-day long, there is a loud noise that coming from the car engines. Even more, you don’t have an option to eat or drink for hours. Even if your blood sugar drops or you become completely dehydrated you must stay focused.

However, based on the statistics, at the moment to die as a professional NASCAR driver while racing is just higher than the chance of dying on the road at any time. (But that’s probably because a lot of boomers are playing NASCAR in traffic.)

This question has gone viral in the past years. Before that, no one questioned that  NASCAR is dangerous or not. Everyone knew that it is. Nowadays, there are not too many fatal incidents. Some people even declare that the next 20 years won’t bring further casualties. You can’t bet on this at Bovada Sportsbook but if you could the odds would be high as hell.

Even more, they are comparing this technical sport to other team sports like soccer or American football. To be true, the chance that you will get an injury is way higher in these sports but you must keep in mind: even if, the two fastest runners of the world will frontally hit each other with their full speed that still won’t be near to the force of a NASCAR crash.

In sum, in my opinion, NASCAR is more dangerous. But it’s also true that if you have the necessary technical background and experience the chance of an incident in motorsport is much lower. Even more, even if everything goes wrong, your safety equipment can keep you alive. However, if you see in person how a car racing incident looks like, you won’t doubt how dangerous NASCAR is. Crashes also can put the audience in danger. If you don’t want to take this risk just stay home and place your wager at the Bovada sportsbook.

The crashes are tough, even with the safety equipment

There were horrifying accidents in NASCAR’s history. In the past 70 years, 68 drivers lost their lives under a race. And there is nothing like one car crashes the wall. If a competitor loses control over his vehicle that means at least four other cars will be destroyed. And a lot of times they don’t even stop and continue the race until they can. If you don’t believe check out this video:

Is NASCAR dangerous? Despite all the criticism and doubt, it is. Are online gambling sites in the US or motorsport fans emphasize this? Not at all. So, at least, as a regular sports lover, respect that these guys are risking their lives to fulfil their dreams. They have gasoline in their veins and desire for fame. If you would like to know more about the adventures and difficulties of the drivers take a glimpse at our article about the best NASCAR movies.