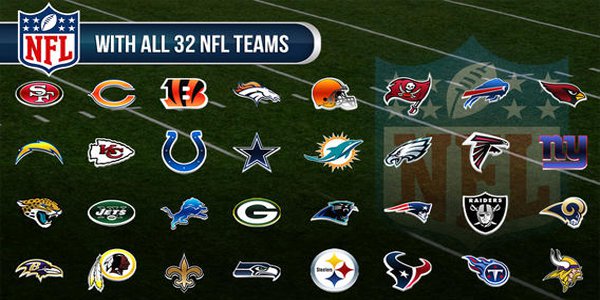 The National Football League gets underway and we look at the prospects of the teams in each division.

The NFL regular season kicks off tonight when the Green Bay Packers travel to play the defending Super Bowl champions the Seattle Seahawks in what is sure to be an explosive start to the 2014 race to that date at the University of Phoenix Stadium in Glendale next February 1st. That’ll put the NFC team at home and make it the second time the final of the biggest sports competition in the US has been held there, but it’s a long way to the playoffs let alone the Super Bowl itself.

For the uninitiated, and it’s slightly hard to credit there are any of you left, the National Football League is split into the NFC and AFC and each of those has four divisions, North, South, East and (you guessed it) West. The season plays out until the playoffs where division winners are whittled down by elimination to just the two teams that play in the Super Bowl in one of the most watched sporting events in the world, and certainly the one with the most razzamatazz involved.

US gambling laws are under seemingly constant liberalization as States reassess long outdated legal positions and eye the revenues available from the industry and this year more than ever is due to be wagered on the NFL, both on and offline. So with that in mind we’re going to run a quick eye over the different divisions and see who will be worth backing this season till at least as far as the playoffs this winter which will be quite a different kettle of fish.

In the NFC North it is the Packers that look like putting up a good front if their quarterback Aaron Rodgers can recover from injury and regain the form he’s known to possess, which might depend on the teams ability to defend him. The Detroit Lions, Chicago Bears and Minnesota Vikings round out the division but whilst the Lions have the best chance, and probably the best defense in the NFC North it is still going to be the boys from Green Bay leading the way.

The NFC West is going to be a blazing competition between those defending champions the Seattle Seahawks and the San Francisco 49ers. The Cardinals and Rams might be along for the ride but it’ll be those first two that will be being backed within online sportsbooks in the US as one tries to retain the Vince Lombardi Trophy and the 49ers chase a victory after so many recent near-misses. San Francisco begins with injuries to key defensive players, but they’ll be back, unlike some of the names that left Seattle after their Broncos beating bowl victory.

The New York Giants and Philadelphia Eagles will make the running in the NFC East but the Redskins and Cowboys are not completely out of it if they get their defenses straight but both teams are shaky at the back. New York are relying on Eli Manning and have touted him as being a one of a kind quarterback but Chip Kelly over at the Eagles has an offense that can flip a game ranking second last season, and it may well be the Philadelphia fans going to the playoffs.

The NFC South is controversially seen as quite a weak line up with the Saints from New Orleans perhaps best placed to benefit from having the Tampa Bay Buccaneers, Atlanta Falcons and Carolina Panthers as their regular season opposition. Tampa might have brought in Coach Lovie Smith, but will that be enough to get victories over the hugely experienced S Jairus Byrd who is going to make life for any offense tricky as the Saints defensive anchor.

Moving across we’ll start with the AFC North and the Cincinnati Bengals whose 11-5 record last season will doubtless worry the Baltimore Ravens and Pittsburgh Steelers (who both only managed 8-8) and quite probably leave the Cleveland Browns unlikely to make much of a fist of it this season. The Bengals have a new offensive coordinator in Hue Jackson and his impact on their playing style might well seal the deal this season.

NFC And AFC Race To Playoffs

The Kansas City Chiefs and Denver Broncos will make the AFC West one to watch, the finalists last time round from Denver will be hoping the aging Peyton Manning lead them back to the Bowl whilst the Chiefs have coach Andy Reid’s energy and ever increasing promise. They might have faded away towards the end of 2013 but the San Diego Chargers and Oakland Raiders are unlikely to give the Chief’s much trouble, whether the Chiefs can trouble the Broncos remains to be seen.

Going on past performance you’d have to think the New England Patriots have the AFC East sewn up from the start with both the Miami Dolphins and New York Jets only managing 8-8 records and the Buffalo Bills not even getting that. The Patriots under Coach Bill Belichick and QB Tom Brady chase another win for this duo who’ve already seen three Bowl victories, but Ryan Tannehill over at Miami might have something to say about that so keep an eye out for regular season upsets in this interesting battle.

The Indianapolis Colts came away with an 11-5 record from last season and in the AFC South that gives them an advantage over the Jacksonville Jaguars, Houston Texans and Tennessee Titans. Whilst the Jaguars have replaced their quarterback after a disastrous 4-12 record for the 2013 season, it probably won’t be enough to see off the Patriots who are hungry for it after that loss to the Patriots in the postseason and have adjusted their defense to stop the erosion seen at the end of last season.

Which of these 32 teams will be making gambling news in Glendale come next February 1st? Only time will tell but with so many great divisional battles already shaping up and the mouthwatering prospect of the playoffs to come you can be sure the 2014 regular season of the National Football League will be a roller-coaster ride of thrills and spills, drama and disappointment, victory and validation. We’ll be watching along with it and so, we suspect will you.