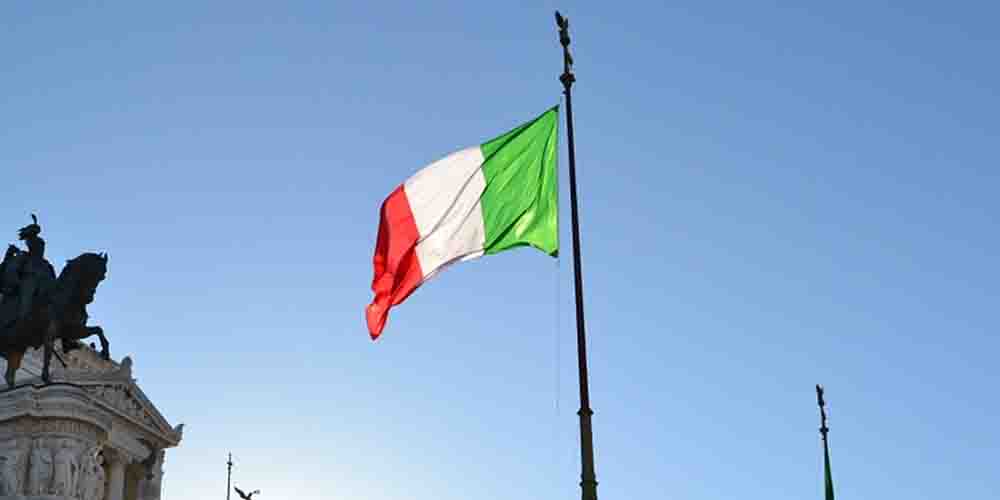 Italy would be the most likely member state to consider exiting the European Union if Brexit proves to be a success for Britain, according to a Euronews-commissioned poll. Data from the Redfield and Wilton Strategies survey found that if the UK and its economy are in good shape in five years, nearly half of Italians would support their country leaving the EU. Italy Eurozone predictions looks at odd on Italy being the next country to exit the EU.

The results of the survey come just weeks after former TV journalist Gianluigi Paragone launched his anti-EU ‘Italexit’ party. The launch came on July 23, only two days after Italy secured a considerable portion of the EU’s €750 billion recovery fund to help steady its struggling economy.

Despite rising Euroscepticism all eyes are on Brexit

The poll was carried out in four countries – Italy, Spain, France and Germany, and involved 1,500 participants from each. When answering whether they believed EU membership had a positive or negative effect on their country, 34 percent of Italians said that being a member of the EU had a negative impact. Only 32 percent believed that being a member state had either a positive or very positive effect.

Participants also gave their opinion on whether they thought the UK would benefit from leaving the EU in the long-term. 43 percent of respondents in Italy, along with 45 percent in France, agreed that Brexit would ultimately be a success even if there were short-term economic problems, and the UK would prosper outside of the bloc. The Spanish and Germans were less optimistic, with only 35 percent and 31 percent respectively.

More importantly, Italians were most in favour of leaving the EU in five years’ time if Brexit proves a success. The survey found that almost half, 45 percent, would support the idea of an ‘Italexit’. France was the second most likely nation, but at 38 percent, considerably behind its Mediterranean neighbour. Spain followed closely on 37 percent. And Germany was the least likely to consider such a move with only 30 percent in favour. If you’re looking to bet on the EU, you’ll find Italy Eurozone predictions and various bets at online gambling sites in Italy.

Italy’s high level of debt and poor economic growth requires policies that are either illegal in the eurozone, or politically unpopular domestically. So the resulting rise of strong eurosceptic parties in Italy in recent years has raised serious concerns about whether the country will remain in the euro area. Anti-euro feeling may have died down a little, but there is still fear of an ‘Italexit’.

Promising to free Italy “from the cage of the European Union and the single currency”, the Italexit party is trying to model itself on Nigel Farage’s UK Brexit Party. And they are hoping for similar success. Italexit’s founder and leader Paragone, 48, became a senator for the populist Five Star Movement in 2018. He was expelled from the party, however, after he opposed it joining the pro-EU Democratic Party in government. He became an independent in the Senate earlier this year.

Dr Mattia Zulianello, a political scientist at the University of Birmingham, believes it is too soon to know how likely any future victory for the new Italexit party may be. Italian politics is already overcrowded with anti-EU parties. And such parties have considerable support already. So the electoral prospects of the new Italexit party will pretty much depend on its ability to steal voters from these other parties.

He also added “Rather than rejecting the very idea of European integration per se, most Italians are unhappy with the concrete functioning of the EU and with the direction it is taking. In other words, there are many shades of Euroscepticism, meaning that increased discontent with the functioning of the EU does not necessarily imply real support for Italexit”. So making Italy Eurozone predictions with any real certainty is not an easy thing.

Italexit would have bigger implications than Brexit

Eurosceptic parties are leading Italy’s polls. Several populist parties in favour of leaving the EU and the euro currency zone won Italy’s March 2018 national elections. If Italy did choose to leave the EU, it would be the second large country to do so. In June 2016, U.K. voters elected to leave, with the Brexit process expected to take several years to complete. But can parties such as Italexit, Lega and Fratelli d’Italia really lead the country out of the euro?

The prospect of an Italexit would be a much bigger issue, and has unsettled financial markets. This is because Italy is also a member of the euro currency union, while the U.K. is not. Italy is the third largest economy in the eurozone, behind only Germany and France. So Italy’s exit would have much wider, more deeply felt implications, not only in Europe but globally. The euro is the second-most widely used currency in the world after the U.S. dollar. Nearly 340 million people use it every day in 19 of the 28 EU member nations.

“If Italy left the Union, there would be a storm in the markets”, Lorenzo Codogno, former general director at the Treasury Department of the Italian Ministry of Economy and Finance, told a U.K. newspaper. “Italy would suffer but Europe would also be hugely affected. Italexit would be something very difficult to manage for the EU, so the bloc would do anything to make the country remain”.

He believes that if Italexit were to happen, the EU itself, in its current form, could be under threat. It would be failing to prove itself as an beneficial political and economic union. Read more about Italy Eurozone predictions read Next Country To Invoke Article 50 Betting Odds here.

So, leaving the eurozone presents a much greater problem than simply walking out of the bloc. Complicated enough to threaten the survival of the single currency, the EU will want to avoid it at any cost. Italy’s national debt is more than 30% larger than its GDP – but is generally considered sustainable and not at risk of defaulting. And all of it is in euros. Having to repay that debt in a devalued currency would be a major struggle. It would also badly harm Italian savers and investors, who hold most of it. These factors would all indicate an Italexit is unlikely.

Dr Eoin Drea, a Senior Research Officer at the Wilfried Martens Centre for European Studies in Brussels, however, believes otherwise. He highlighted another important factor when making any Italy Eurozone predictions. “Overall, I am broadly negative on Italy’s long term prospects in the EU. And this is borne out in how younger Italians are now flocking to the more anti-establishment political parties. It is the Italian millennials which have been truly sacrificed by successive Italian governments in order to preserve the privileges of the older generations”.

Italexit odds on at online sportsbooks

He also spoke of France. “President Macron is on very shaky ground in France in advance of the next presidential elections” he said. According to Dr Drea, people still view Macron as one of the elite. And he expects Marine Le Pen to come back strongly at the next elections. You can read more here French Presidential Elections 2022 Odds Show Rising Support for Le Pen.

With strong anti-European sentiment in Italy, and the result of Brexit still unknown, online sportsbooks put an Italexit odds on. 22BET Sportsbook are offering odds on Italy formerly applying to leave the single currency before 1 January 2022 of 5. A more conservative 1.1 says they won’t. So if you have a wager on the EU in mind, and want to see what other odds and markets you can find, check out Online sportsbooks in Italy.