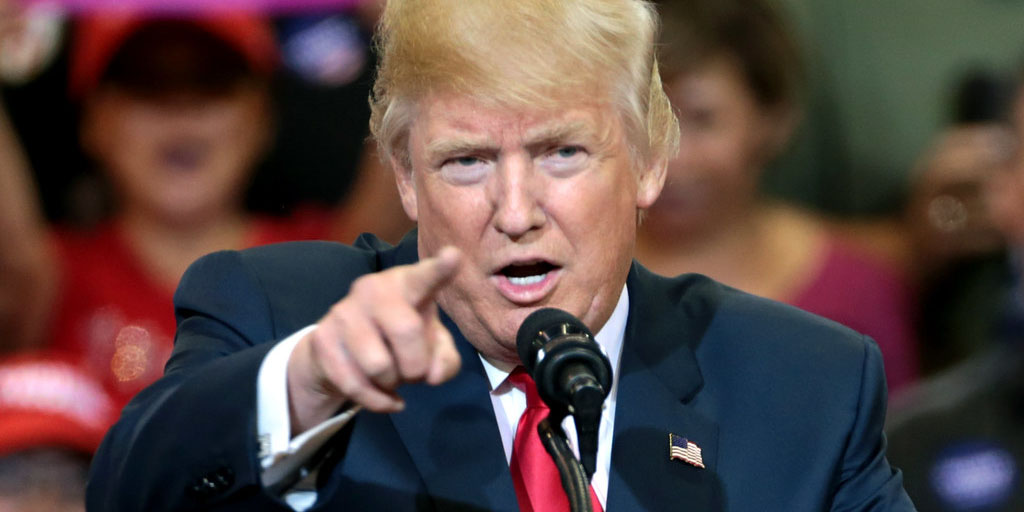 There were moments in the Democratic debate in Charleston when you could hear the President laughing. They looked ridiculous. Six candidates and Tom Steyer all arguing over each other. The CBS moderators were unable to keep order much of the time. It was a mess. Instead of show casing the Democrat platform, it instead made a bet on Donald Trump’s reelection even more attractive. The odds on Trump at online sportsbook sites in the US like Bovada dove to just 4/7.

“I think,” the President of the United States suggested seriously, “that the financial markets are very upset when they look at the Democrat candidates standing on that stage making fools out of themselves.” The assembled press corps blinked. I Nearly as unlikely as a bet on Donald Trump’s reelection getting shorter odds after a Democratic debate. The President, however, was certain. Coronavirus was not to blame.

This unorthodox explanation for a 10% sell off in barely a week is trademark Trump. The world is scrambling to respond to a pandemic damaging their economies but in the US, it’s the democrats fault. This contradicts what most experts would say. Those grabbing a bet on Donald Trump’s reelection will point out he always does this. Contradicts or ignores the experts. So, it’ll be interesting to see how many of these people who like to bet on sports in the US ignore them too.

So, a totalitarian regime with total control of society couldn’t hem it in, but Detroit’s going to manage? I don’t think so. The President wouldn’t agree. “We’re ready to adapt and we’re ready to do whatever we have to.” He reassured people, once again making a bet on Donald Trump’s reelection look like a winner in November.

Indeed, you begin to suspect that the only reason a bet on Donald Trump’s reelection isn’t at even lower odds is because there might not be an election at all. With no vaccine on the horizon and worse case scenarios killing millions, politics may have to take a backseat. There are hordes of conspiracy theories about this already online. Anyone in the US gambling laws of common sense would prevent such silliness on the internet should take note; They’ve not stopped the President.

Nothing stops this President. A bet on Donald Trump’s reelection now looks like the only sensible bet on US politics. The odds on Bernie Sanders still loiter at 3/1, which, in what will be a two horse race, are terrible. None of the other Democrats even come close. So, in the 2020 US Presidential election odds, Trump is king. So far. That could all change on a dime, of course, but probably won’t. If nothing else has brought him down from the top slot, a killer disease shouldn’t either.

Suggesting a bet on the Democrats is even worthy of consideration is tricky right now. They should be all over the President and his handling of this crisis. Instead, they’re all over each other. This might be traditional, but so what? Tradition went out the window a long time ago. And with it went their chances really. A bet on Donald Trump’s reelection is currently the obvious choice at online betting sites in the US like Bovada. It’s just not a very pleasant one.