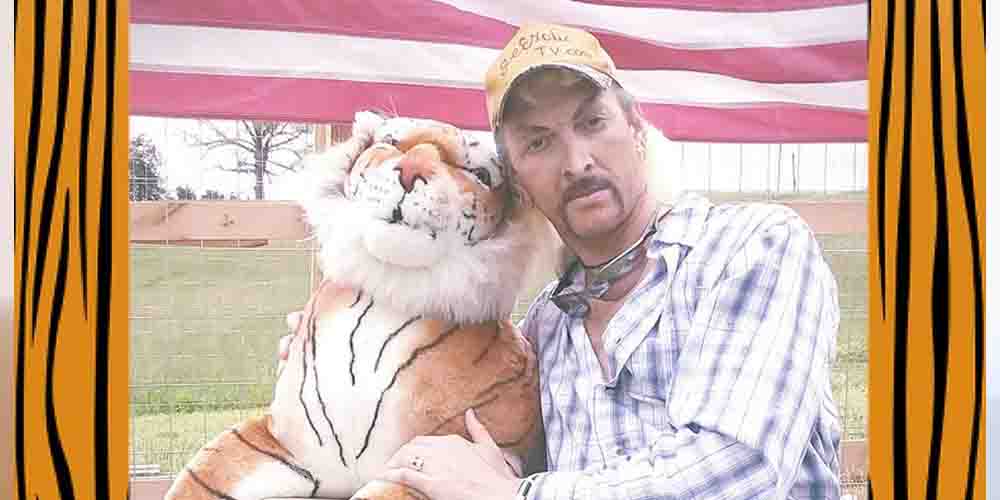 It might come as a surprise or a shock to many, but here it is: a Joe Exotic-themed online slot just went live! We also never thought to give a review about such a game, but the time has come. And if you are interested in this extraordinary gambling form, just keep on reading, to find out everything about it!

Okay, let us face a fact: Joe Exotic is such a special phenomenon! And after all, since he has been in the center of attention for the last couple of years, it is somehow not that surprising that he is getting his own slot now. But what was all that he did to deserve his own online game? Who came up with the unusual, but still brilliant idea? And how a Joe Exotic online slot is working, at all? Well, in this review we give you all this information. And in the meantime, we hope that the best online casino sites in the US pick the slot up in no time, so we can try it as soon as possible!

Who is Joe Exotic?

One must have lived under a rock for the last couple of years if they have never heard of Joe Exotic before. If you are one of them, we give you a quick recap. This way, you can understand why this slot machine is such a big deal now. According to Wikipedia, “Joseph Allen Maldonado-Passage (Joe Exotic) is an American former zoo operator, activist, and convicted felon. The former owner and operator of the Greater Wynnewood Exotic Animal Park in Wynnewood, Oklahoma, Exotic claimed to be the most prolific breeder of tigers in the United States and also claimed to be one of the world’s leading experts in the care of big cats. (…) Exotic has unsuccessfully run for public office three times: for President of the United States as an independent in 2016 and as a Libertarian in 2017, and for Governor of Oklahoma in 2018 as a Libertarian.”

Of course, this does not make someone world-famous. He has been featured in numerous documentaries. The best-known is on Netflix, it is Tiger King: Murder, Mayhem, and Madness from 2020. That is the show that gave him the fame he has today. And it also drove attention to his cases with the police. It included cases on animal cruelty and his feud with Carole Baskin. And now, as he developed a massive fan base, especially active on social media, they are fighting for his freedom. You can see now, that Joe Exotic did deserve his own online slot – here is the review!

Casino game and software providers like to give people what they want. And therefore, Red Tiger just developed a sensational Joe Exotic online slot, that we are about to review now according to intergameonline.com. Red Tiger just came up with an action-packed game, that any online gambling site in the US would be happy to have. Of course, there are numerous games on Whamoo Casino – it is even hard to decide what to play with. But this one is quite special. The game has the widest variety of animals displayed, from big cats to crocodiles. It has Joe Exotic himself, of course, as a big personality. It also comes with country music, and the soundtrack is provided by Exotic himself.

On the technical details: the Joe Exotic online slot has five reels and four rows. It features an Exotic Spin – meaning nine free spins when gamblers land on the first, third, or fifth reels. The website adds: “At the start of free spins, the center reel transforms into a full reel Joe Exotic wild symbol with an increasing multiplier.” But this is just the tip of the iceberg, and we do not want to take every excitement out of trying the game for the first time. And if you insist on your good ol’ favorite games, you can still visit Whamoo Casino, and play some blackjack!

You can discover more about Whamoo Casino here.