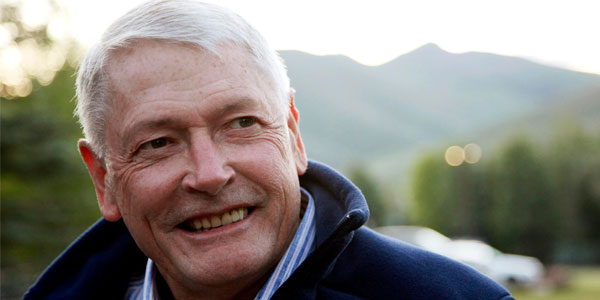 If you like to bet on sports in the US the new owner of Formula One may well be familiar to you, but for a lot of Europeans the owner of the Atlanta Braves taking over their precious motor sport has been greeted with some trepidation. What changes will John Malone make? Will he pimp the sport out to Chinese casino junket companies who have fallen on hard times? Will it become a video game? Or is he betting on Formula One just needing a bit of a shake up and then being left alone?

The third most watched sport in the world Formula One is a cash cow for the big corporate entities that own it. CVC who possess 35.5% of the sport’s parent company, and by voting rights control F1, is set to be taken over by US media mogul John Malone in a deal supposedly worth some $8.5bn, which is not bad given CVC Capital Partners only paid $1.7bn for their dominant stake in 2006, but does this shuffling of the old men in suits mean we can start betting on Formula One becoming more exciting?

Could the vehicles themselves change in the near future? (photo: wikipedia.com)

For a start whilst Malone is grabbing a 20% stake right now full control will only actually be triggered later in the year, and until the man behind Liberty Media and Discovery Communications, the group that brought you the Eurosport and Discovery family of TV channels, who also owns Virgin Media and the Atlanta Braves, has his sticky mits on the reins of power it’s unlikely we’ll see any major changes that would suddenly make betting on Formula One more than just picking one of two Mercedes drivers.

Betting On Formula One Couldn’t Be Easier At Bet365

“I will do what I have always done.” Said Bernie Ecclestone, the Andy Warhol clone and godfather of F1, “What role I play is my decision.” Which makes him sound like he’s off to a party at the home of Max Mosley but rather more objectionably means the diminutive demagogue will still have sway in a sport he has allowed to become a bit of a farce. Not that Mercedes’ domination is anyone’s fault, they just threw more money at it than anyone else, but no one in the paddock is betting on Formula One being transformed overnight by this deal.

Naturally there’s a worry that this Murdock from the US gambling laws of diminishing returns will not apply to the pinnacle of motorsport, is betting on Formula One bucking the tendency towards entropy and that the radical changes that would bring about decent racing are too much of a danger to the lucrative profits from owning F1. Fans are notoriously fickle about what they consider an integral part of the sport, this season proving actual competition is all but an optional extra at this point.

Ecclestone To Remain Despite John Malone Take Over Of Formula One

With Malone owning a controlling stake, and Sky magnet Rupert Murdock sock-puppet Chase Carey being lined up to be the new Chairman of Formula One the media-led take over is betting on Formula One continuing to be the goose that laid the golden eggs, however over the longer term there is a danger that eventually waning audiences will force the money-men behind Formula One to introduce new rules or merely relax some that already exist in pursuit of more exciting racing, perhaps even at the cost of driver safety.

This “Rollerball” scenario isn’t as far fetched as it sounds. Lewis Hamilton still 2 points ahead of fierce rival Nico Rosberg, and at Bet365 gets the better of the odds to win a fourth title, (he’s just 2/9 ahead of Rosberg’s 10/3) could continue to dominate the sport for years to come, and anyone in the US gambling news of falling profit margins won’t push Malone’s men in suits to change what the men in helmets do on a Sunday is just begging for disappointment. Personally I’m betting on Formula One being a real-world version of Mario Kart by 2030.