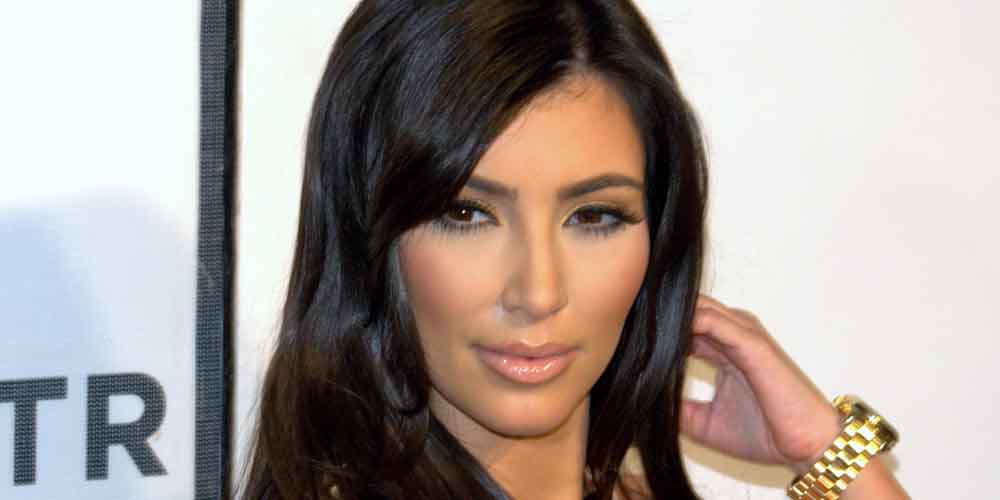 Actress, model, and a reality show participant Kim Kardashian is studying to be a lawyer. Moreover, after passing the exam she wants to engage in criminal practice. In an interview with the American edition of Vogue magazine, Kardashian said that she has been studying law at a law firm in San Francisco since last year. In 2022, she expects to pass the relevant exam. Not so long ago we started to expect her to become the First Lady after her husband Kanye West announced that he would become the US president. However, today online sportsbooks bet on Kim Kardashian Next Attorney-General.

“I thought about it for a long time seriously,” Kardashian said about her decision to pursue a career as a lawyer. Besides, she tells about her desire to deal with criminal cases. Earlier, Kardashian took an active part in the fate of 67-year-old African American Alice Marie Johnson. She was sentenced to life in prison for drug trafficking, although this was her first conviction. On the 30th of May, the model personally met with US President Donald Trump and asked for a mitigation of punishment for Johnson. As a result, in June 2018, the woman was released from prison after serving 21 years there. “I want to tell Kim, my angel, that you never gave up on me. You were very tenacious and it paid off tremendously for me and my family, ”Johnson said. Online sportsbooks in the USA bet on the future career of Kim in law.

Where did it all begin: Kim Kardashian Next Attorney-General

On May 30, 2018, the Instagram star was featured in a photo posted on the official Twitter account of US President Donald Trump. Back then she went to the White House to discuss judicial reform and the fate of prisoner Alice Marie Johnson. About this sad story of an American woman sentenced to life in prison, Kardashian learned from the video of the American publication Mic. After being convicted of eight counts of cocaine trafficking in Memphis, Johnson has been serving a sentence since 1997. Indeed, by the time the Kardashian and Trump met, she had spent more than two decades behind bars.

Back then there were several reasons that the Kardashian became interested in Johnson’s fate. Unfortunately, this woman was involved in selling drugs during a difficult period of her life. She lost her job at the FedEx courier service, where she worked for 10 years. Besides, Johnson survived the divorce and death of her youngest son in an unfortunate road accident. Even though this was the first and non-violent crime, Johnson was sentenced to life in prison without parole. Ten of her accomplices testified against her in exchange for dropping charges or reducing their sentences. In custody, Johnson displayed exemplary behavior and worked in the prison hospice.

The prisoner has petitioned the Obama administration for a pardon three times. In December 2016, Trump’s predecessor released 231 prisoners, many of whom were serving sentences over similar charges. However, they rejected Johnson’s petition back then. When Kim Kardashian took on the case, she hired a new team of lawyers for Johnson. One of them is Sean Holly, whose clients previously included Lindsay Lohan, Michael Jackson, and a football player O. Jay Simpson. The last was once protected by Kim Kardashian’s father.

The main message to President Trump, said one of Johnson’s new defenders Brittany Barnett, was that the woman’s 21 years in prison more than pays off her debt to society. Besides, it was morally and economically unjustified to keep her in prison for the rest of her life. Fortunately, after meeting with Kim Kardashian, CNN commentator Wang Jones and several famous lawyers, Trump pardoned 63-year-old Johnson.

Afterward, Kim Kardashian decided to build a career in law. In the summer of 2018, she joined a law firm in San Francisco. The study will last for 4 years. Moreover, all this time lawyers-mentors will work with her for 18 hours a week. Kardashian admits that she “had to think long and hard” about the decision. Kim has acknowledged the fact that no everyone in our society would react positively to it. Anyway, in 2022, she will receive a lawyer’s license if she successfully passes the exams. Meanwhile, visit the 1xBet Sportsbook to check the latest odds for Kim Kardashian Next Attorney-General.

For several months before this, Kardashian discussed the case with the president’s son-in-law and his senior adviser Jared Kushner. The last one was working on a prison reform designed to reduce recidivism rates and help former prisoners integrate into society. “What you probably didn’t know,” writes a Vogue journalist, “is that Kim, along with Johnson and Jessica Jackson, a lawyer, and co-founder of a criminal justice reform advocacy group, has been going to prisons for several months. She also supported several petitions and gives regular visits to the White House.”

Besides, Kardashian explains to Vogue how she realized she lacked legal knowledge. “I was invited to the White House to discuss changing the pardon system. And here I am in Roosevelt’s room with the judge who sentenced criminals and many other influential people, and I just sit and think. Hell, I need to know more. ” It is one thing to simply express your point of view and reveal injustice. However, it is another thing to back it all up with concrete case materials, she argues. “I felt that the system could be completely different. I wanted to fight to change it. And if I knew more, I could have done more,” says Kardashian in an interview. No wonder why online sportsbooks in the USA see Kim Kardashian Next Attorney-General. Make your bet and win real money in no time!

Why is Kim Kardashian Next Attorney-General?

In January 2018, another American woman sentenced to life in prison, Shintoya Brown, was released. 13 years ago, a 16-year-old girl who was involved in prostitution was found guilty of murdering a client. Brown claimed that she did it in self-defense. However, the court decided that she made it with the purpose of robbery. Her release from prison is the second victory on the account of Kim Kardashian. It was she who first raised the issue of the unfairness of the court decision, writing about Shintoye Brown on Twitter. After that, other stars supported the girl, for example, singer Rihanna, rapper Snoop Dogg, model Cara Delevingne, and basketball player LeBron James.

Previously, the 1xBet Sportsbook offered Celebrity Betting: Bet on Kim Kardashian to become the President of the USA. However, in light of the recent events, we can make a new bet. Kim is a very hardworking and dedicated person. Even though there were plenty of scandals around her personality in the past, now she is a brand new Kim. Her desire to legally help people can build her a new career. And who knows, maybe Kim Kardashian Next Attorney-General is more than a bet but a future prediction.