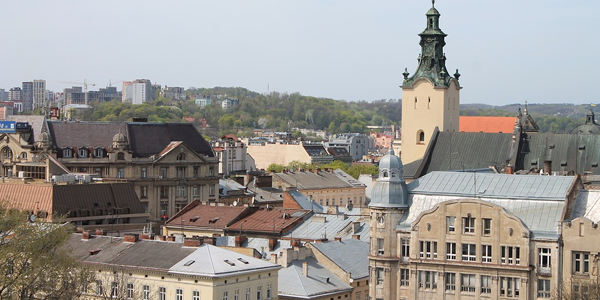 As we all know, Ukraine and Russia a difficult relationship what with the political tension. The situation was made more sour with the illegal online gambling in Ukraine. Recently, the Ukrainian police have raided multiple Russian online gambling operations.

On the 10th of April 2018, the cyber police combined forces with the prosecutors to carry out armed raids on 15 Kiev-based locations. Among the confiscated items such as Russian passports, computers, mobile phones, bank cards, and nearly 150,000 USD of cash; the most shocking pieces were weapons and drugs.

The Ukrainian authorities successfully uncovered the Russian operators owning 8 unauthorized sites, thereby contributing to illegal online gambling in Ukraine. According to Ukraine gambling news, most of the gambling sites are related to Vulkan.

There were 80 suspected individuals and among those people 12 have been arrested. These people are former Russian citizens who have been confirmed as the illegal online gambling organizers of Vulkan.

Allegedly licensed by Malta and Curacao, Vulkan owns Russian online casinos targeting gamblers from Commonwealth of Independent States and not Ukrainian citizens. All transactions were made with Russian banks.

In 2013, Vulkan fled Russia due to strict gambling law enforcement. 5000 of their domains have been blocked by Russian’s gambling watchdog. And so, they decided to transfer their operations to Ukraine. Little did they know that the Ukrainian police would start an ongoing investigation of illegal online gambling in Ukraine in 2015 and succeed in arresting the Vulkan owners; two years later.

The Situation of Illegal Online Gambling in Ukraine

Since 2009, all forms of gambling in Ukraine have been made illegal according to the “Law on Prohibition of Gambling Business.” The only exceptions are lotteries and poker, which are allowed.

On the other hand, the Ukrainian Gaming Industry Association and Finance Ministry have pushed for legalization of gambling in Ukraine in 2015. Earlier this year, Finance Minister of Ukraine Aleksandr Danilyuk said that the delay have cost a loss of 370 million USD in taxes.

The good news is Prime Minister Volodymyr Groysman is now in the process of reviewing the draft proposal about lifting the gambling ban. Who knows? Maybe in the near future, we won’t have to worry about illegal online gambling in Ukraine anymore!