World Cup Group A Preview: Could Salah Carry Egypt to the Knockout Stage? 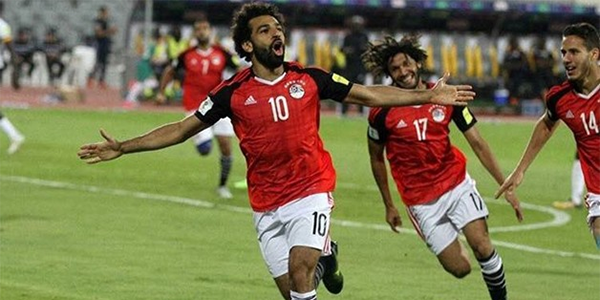 Mo Salah impressive debut season in Premier League has probably boosted Egyptian national team odds in Russia. But could he alone make a difference? Our World Cup Group A preview gives a thumbs up to the Liverpool winger.

According to online sportsbooks in Egypt, Mohamed Salah already has taken both the Premier League and Champions League by storm, scoring 40 goals for the Reds in a season. He has strongly established himself as one of most dangerous strikers in world football. Because of his fine talent Egypt has secured a place among Russia (the hosts), Saudi Arabia and Uruguay in the Group A. It is difficult to draw a precise World Cup Group A preview, but for all fairness we expect Egypt to compete with Russia and Uruguay for a spot in the round of 16.

Although Egypt is considered as the most successful nation of African football, with 7 continental titles, including three consecutive 2006-2010, they have only two participations (1934 & 1990) in FIFA World Cup. Russia 2018 will be their 3rd attempt to progress from group stage.

Egypt got closer several times, we might all remember a highly explosive playoff game against Algeria which they lost (1-0) in Sudan, sending Algeria to South Africa and Egypt home. This time Egypt had their savior to score two goals against Congo, causing the bench and staff to invade the pitch and sending his national team to the World Cup in summer.

According to online betting sites in Egypt, if Mohamed Salah can maintain his incredible form then his team will have a good chance of earning points against all three sides in the group. Yet they will be featuring as underdogs in their first meeting against Uruguay, who are the favorites to lead in the Group A, with (1.75) odds at 1xBet Sportsbook.

Egypt’s best opponents to compete for the 2nd place in group are the hosts with (2.44) odds at 1xBet Sportsbook. Russia will try to get benefit of its home advantage, hoping to reverse group stage elimination that it encountered in both 2014 World Cup and 2016 Euro editions. In addition their first team players have only local experience and there are no big names expected to pose imminent threat. So could Pharaohs be the ones to drop out the hosts?