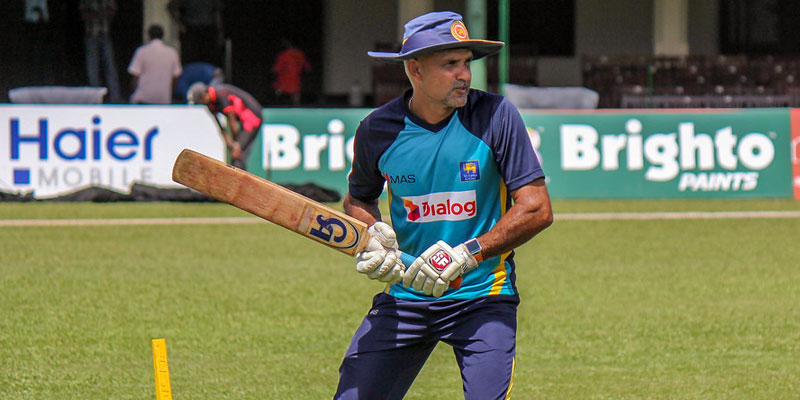 The build up to a tournament like the ICC Cricket World Cup is typically a well-planned, well-executed long-term plan that sees a meshing of players and staff to the very peak of performance in time for the off. The Cricket World Cup odds on Sri Lanka which Unibet, actually one of the best online betting sites in Sri Lanka, rather underline the fact that hasn’t been the way it’s gone down and the boys from Colombo will be starting off on the back foot this summer.

Having reached the final in two of the last three World Cups you’d expect Sri Lanka to be one of the favorites, however since the last tournament things have not gone well. The retirement of Kumar Sangakarra and Mahela Jayawardene left a hole as yet unfilled, and the rapid succession of different coaches, captains and selectors have rendered Sri Lanka a disparate bunch at best, capable of far greater things than the Cricket World Cup odds on Sri Lanka currently indicate.

“You have to embrace the challenge.” Angelo Matthews accepts. “The biggest challenge will be in overcoming pressure situations. Handling the pressure and the situations well is going to be the challenge.” Which is not something at which they’ve exceled recently, team cohesion distinctly lacking, that’s why bookies like Unibet are giving out long Cricket World Cup odds on Sri Lanka and pose a quandary for those taking advantage of Sri Lankan gambling laws.

On a good day Sri Lanka are more than capable of winning the ICC CWC, however those days are few and far between in an era that has seen Ashantha De Mel, chief selector,and ChandikaHathurusingha, team coach, develop a less than entirely helpful lack of consensus. When even Captain DimuthKarunarathne hasn’t played an ODI in three years or more there has to be doubts over whether a side can be all it should be under those conditions. Most punters would say not.

Then again with the likes of Isuru Udana and his 121 strike rate, or the hugely experienced Lasith Malinga there’s plenty of room for flashes of brilliance and the stubbornly risky big hitting that even Matthews would agree is going to be necessary. “You’ve got to play with freedom.” He nods, and it’s that devil-may-care attitude that may see those Cricket World Cup odds on Sri Lanka suddenly become a good bet on sports in Sri Lanka. Unpredictability is hard to combat.

Naturally there’s a lot resting on the shoulders of the likes of Kusal Mendis who’ll be a lynchpin at the crease on what are likely to be overly friendly wickets for batsmen and a bit of a nightmare for bowlers looking to get some play on the ball. We’ll all find out just how much when they go up against New Zealand in their first match and if they squeeze a victory out of it there’s a chance those Cricket World Cup odds on Sri Lanka will tumble faster than a dead climber down Everest.

So then with Cricket World Cup odds on Sri Lanka of 80/1 at Unibet, one of the best online sportsbook sites in Sri Lanka right now, a speculative punt is definitely in order. They could well rise to the occasion despite all the issues besetting them behind the scenes. It’s isn’t unheard of. The narrative of a team that everyone has written off bringing in a side of misfits led by angry lunatics gaining an unlikely victory is one we’ve seen Hollywood repeat many, many times.