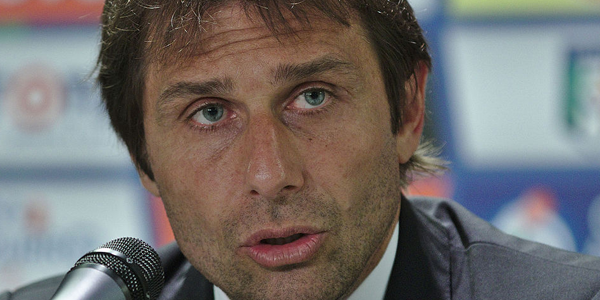 Chelsea manager Antonio Conte has landed himself in hot water with the club’s hierarchy after refusing to be “fake” and instead has maintained his honest approach that sees him tell the “truth” but as a counter-effect has angered the ones above him. According to online sportsbook news, Chelsea have therefore identified former Barcelona manager Luis Enrique as a potential replacement for the Italian, should he leave the club at the end of the campaign.

So it’s no surprise that Conte could be on his way out of Stamford Bridge if he fails to deliver major silverware this season, despite clinching the Premier League title last year. Chelsea’s high overturn of managers is something the Italian manager has himself pointed to – a remark that has angered the club’s board. “You can see, in 14 years, ten managers were sacked. I see no difference between them and me,”  Conte said.

“For sure, I’m not a diplomatic man. I think that you can see this. At the same time, I think that I’m very honest; I’m very honest,”  commented the 48-year-old former Juventus and Italy manager. “I’m sure, if I try to change myself, it’s right to stop, to stop my career. I think that the honest person speaks very clearly in every moment. And, if you are a fake, you are fake and you try always to not tell the truth. I repeat: I prefer to be honest, to tell the truth in every moment. I hate the fake person.”

Enrique is the favourite to take over the Blues with his odds being 3/1 (4.00), but there are loads of other names being thrown around by online sportsbooks in UK. The underdog for the Chelsea post – should it become available – is Napoli boss Maurizio Sarri 4/1 (5.00) after he managed to overtake Juventus as the top dogs of Seria A, for the moment at least.

(For more info about the popular online sportsbook, make sure to check out our BetVictor Sportsbook review.)

Third favourite on Next Permanent Chelsea Manager list is yet another Italian – Massimiliano Allegri 5/1 (6.00). Although getting the current Juventus boss to sign for Chelsea would be hard considering his long-term commitment to the Turin side, but not impossible. Next up is Diego Simeone 6/1 (7.00) who perhaps with his charismatic attitude would be an instant hit among the Stamford Bridge faithful, but he has previously expressed desire to switch to the top flight in Italy, with Inter Milan touted as the most likely destination once he’s done with Atletico Madrid.

Dortmund’s Thomas Tuchel 8/1 (9.00) is fifth favourite, while currently unemployed and former Chelsea manager Carlo Ancelotti 12/1 (13.00) has also come out as a potential option for the Blues – it would be a nice reunion considering he guided the club to Premier League glory in 2009/10 during his two-year stint with Chelsea.