Macau – Gambling On The Future, Built On A Trading Past

News >Macau – Gambling On The Future, Built On A Trading Past 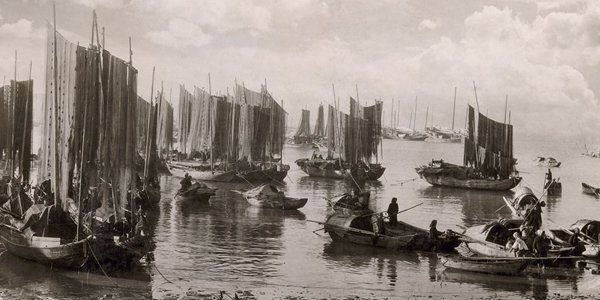 Macau like Hong Kong next door has Special Administrative Region status in China but why is this and what paved the way for it to happen?

Like so many places now populated by the gleaming glass and steel spires of the modern world with it’s commerce and commercialism, its glitz and not quite Chinese gambling laws, Macau actually has a history dating back many thousands of years with evidence of humanity in the region 5,000 years ago. Of course the progress from that early settlement of fishermen to the modern metropolis that we know today as the center of international gambling nestled on the edge of China.

Macau Before The War

• Chinese till Portuguese were massacred

China’s influence on Macau is both manifest and obvious, geographically alone it has little choice, and during the 2nd century BC the region was subsumed into one of the nearby counties, Panyu. Over the following thousand years the area shifted in standing between various administrative entities as the dynasties in China ebbed and flowed. At that time there was little population so it was merely a matter of marks on a map, but all that changed in 1277 when 50,000 people arrived.

These 50,000 refugees were seeking a place of safety and strategic security to escape the somewhat harsh expansionism of the Mongols who had invaded. Macau was ideal as a defensible location and their repulse of their enemies pretty much established it as a populated region. Over the next three hundred years fishermen were attracted to the area from all over the southern coast, and the A-Ma Temple was built to allow prayer for safety upon the sea.

With a burgeoning population the Hoklo Boat people used Macau as a trading center of sorts but as trade was becoming a global rather than merely regional enterprise it was going to be the 16th century before the area began the long road to the prosperity and wealth we see today. Trade was the fuel that propelled Macau forward and that is due in no small part to the arrival of western colonial powers in the region, in their case, the Portuguese.

Colonial Expansion In The Region

Colonial involvement in the far east began quite slowly but as the great material wealth of the region became more and more obvious the race was on to gain both a foothold near and a good relationship with the Chinese. The Portuguese got off to a rocky start in the region despite early successful diplomatic contact, the Ming Dynasty particularly hostile to its attempts to establish a presence in the area. However in 1540 cooperation twixt the two in the elimination of some pirates allowed more cordial relations to exist.

Perhaps ironically it wasn’t cordial events at all that began the Portuguese colony in Macau, it was the massacre of the Portuguese at Chinese hands in Ningbo some two years later. Retaliating for blatant acts of piracy and pillaging the Portuguese had carried out on Chinese ports in the region, having been given permission to esablish the Ningbo base, the massacre wiped out the Portuguese presence with estimates placing the number of Portuguese dead at between 800 and 3000. It was the survivors of this massacre that ran, like those evading the Mongols 1200 years before, to Macau.

Permission for the Portuguese to then establish a colony on San Chuan island in Macau might seem at first glance a pretty odd way to follow up a massacre by 60,000 troops but given the Portuguese were being charged rent for the privilege it is usually viewed as a rather large chunk of humble pie served up for the arrogant western imperialist colonial power by the Ming dynasty, crumbs from the table as it were, and for their part the Portuguese ate it gambling news of their acquiescence would allow them permission to continue trading.

A permanent settlement in the area was finally established in 1557 although China retained sovereignty and thus legality control whilst the actual administrative role was fulfilled by Portugal. The lease of land was formalized in 1582 and payments of an annual fee remained in place right up to till the 1860s, paid directly to the Xiangshan County. It was the beginning of a fruitful period of trade that benefited both and became the envy of others with the Dutch attacking in 1622 and being repulsed by the African slaves the Portuguese had been trading.

Trade With Japan A Boon To Colonists

Numbering only around 1,200 souls the Portuguese colony quickly became a lynchpin in Portugal’s global trade routes and in the more localized far east markets themselves particularly the Guangzhou-Macau-Nagasaki run over which the Portuguese had a de-facto monopoly given the Chinese had banned direct trade between China and Japan back in 1547. As middlemen twixt these two rapidly progressing nations the Portuguese did extremely well out of their small colony.

The failed Dutch invasion in 1622 led to a strengthening of the defenses of the colony and the construction of the Gula Fortress. Unfortunately this short lived golden age came to an end in 1637 when the Shogun of Japan sealed the nation off from all foreign trade, and this blow to the economic livelihood of the colony was compounded by the Dutch, who stayed mobile betting no one could be strong everywhere at once, invading their other possession, Malacca, making the tie with Goa a more tenuous one at best.

For the next two hundred years Macau slowly declined only to see Hong Kong, just 25 miles away across the water, ceded to the British in 1842 and become a vibrant hub of commerce and trade. It was in response to this terminal competition that Portugal decided to act and in 1849 declared Macau a free port, threw out the Chinese and declared independence from China as a colony of Portugal with all the tax free status that would imply. The Chinese reaction was swift and the Portuguese Governor was assassinated, but in the end, the colony stuck.

The Portuguese traded slaves, silk and silver from and to China over the next hundred years till the Second World War made it a haven for people escaping the Japanese, who respected Portugal’s neutrality, increasing the population from 200,000 to 700,000 in just a few years. Oddly the Americans didn’t and bombed it to stop fuel supplies being sold to the Japanese, a crime for which they coughed up $20 million in 1950, and by then Macau was dealing not with the Japanese but the communist Chinese.

~ Read more about the miracle of Macau ~