Manchester United Come in First on the Deloitte Money League 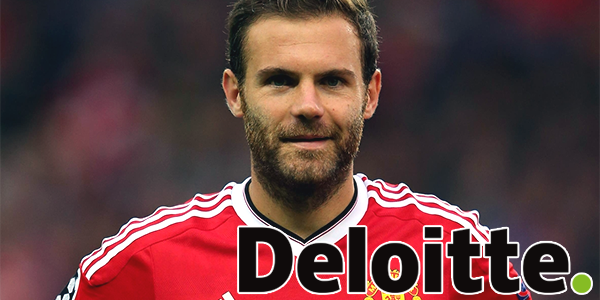 Every year the popular accounting firm Deloitte publishes a list of the top 20 best financially performing football clubs across the world, according to online sportsbook news. And the latest Deloitte Money League shows that Man United have retained their position as the world’s most successful club when it comes to raking in the cash, having made a colossal €676.3m over last season (2016/17).

The margin has never been so close for the top clubs

Dan Jones, a Sports Business Group partner at Deloitte, commented that European football is the strongest it has ever been, and although Man United has managed to claim top spot financially this year, he believes future winners of the Money League will be determined by on-the-pitch performances.

“European football continues to flourish financially, with almost half a billion euros of revenue growth for the top 20 Money League clubs,” said Jones.

“United’s ability to retain first position is all the more impressive against the backdrop of the weakened pound against the euro, and with both Real Madrid and Barcelona forecasting future revenue growth in 2017/18, the battle at the top will likely come down to on-pitch performance again next year.”

The Deloitte Money League is dominated by English clubs – a total of 10 in the top 20 list (source: SkySports)

Real Madrid have achieved revenues of €674.3m over the last campaign, which is merely €1.7m less than Jose Mourinho’s side have made. This margin between the first and second club on the Deloitte Money League has never been so small, which is down to a number of factors. (If you’d like to learn more about these factors, make sure to read the full Deloitte Money League document in detail.)

Won only 1 major trophy, but still number 1 on the list

Man United actually made more money the year before (2015/16) when they recorded €689m in earnings, however that’s mainly because they participated in the Champions League during that season, which is far more lucrative than the second-second rate Europa League – the competition the Old Trafford side participated in last season and actually won in the end, which allowed them to qualify for the Europe’s elite competition this season.

And even though Real Madrid won both the Champions League and La Liga last campaign – which translates to lots of money in prize money and sponsorship bonuses – they still finished second on the Deloitte Money League, behind Man United, who managed to only clinch the Europa League. The power of what a brand is, is evident in this case.

After 24 games this season, Jose Mourinho’s men are currently in second position on the table with 53 points. Man City, who are fifth on the Money League having earned €527.7m last season, are leading the Premier League with a 12-point gap between them and Man United.

With the Old Trafford side being flushed with cash, they’ve already made a high-profile signing in the form of Alexis Sanchez who is reportedly set to pocket around a whopping £400,000 per week – the biggest contract in Premier League history, per online sportsbooks in UK. Thanks to massive revenues from multiple sources, the club were able to offer the Chilean this highly lucrative pay package without crippling the club’s finances. Can he be the man to turn their fortunes around – the ones on the field?