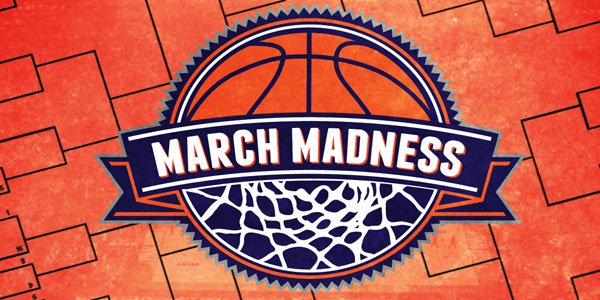 NCAA Men’s Basketball Tournament is such a hyped event that knowing a few things about it could easily prove profitable for punters.

The National Collegiate Athletic Association (NCAA) Men’s Division I Basketball Tournament begins in the middle of March and last for about 3 weeks. It’s a single elimination tournament involving 68 teams that is fast paced and because of its fervor is called “March Madness.” Before the tournament there are a number of conference tournaments that will determine which teams will play in the major NCAA basketball tournament.

March Madness is a congregation of the champions from 32 Division I conferences in the United States. All of these leagues have regular seasons and the teams with the best records get to compete in a division tournament. The winner of the tournament is awarded a place in March Madness. The exception to this is the Ivy League that doesn’t have division tournament but is awarded an automatic bid to the best regular season team. There are 36 other teams that are awarded entry into the tournament in the form of “at-large berths.” These teams are selected by an NCAA selection Committee on what is called “selection Sunday.”

• March Madness is huge in the U.S.
• A 7-round, single elimination tourney
• Affect University dowry and enrollment

The 68 teams are divided into four regions. Each team is given a numeric position based on their regular season record. This is called a “seed.” The teams with the best records are given higher seeds and are pitted against teams with the worst records and given the lower seeds. The first four have to play and will reduce the playing field to 64 teams. These are the teams with the worst records. After that the “second-third rounds” will commence. Then the beloved “sweet 16” will begin. Often it is this point in the tournament that receives the most attention because all the game play is considered fiercer. After that round comes the “Elite 8” which normal consist of the top eight teams in the country. Finally the jewel of the tournament the “final four” begins.

Some Factors Which Influence the Popularity of March Madness

There are several factors which make this even the most popular event in U.S sports next to the Super Bowl. It has been said that football is the world sport because of its availability to so many people regardless of their class, race, gender or religion. During the World Cup, people the World over will watch at not only their teams compete, but teams they like. This association can be equally seen in March Madness. With 32 divisions competing it means each division has many universities involved. Most people who attended U.S. universities have an instant connection to these teams. Not to mention the plethora of family, relatives and just fans of connected to these academic institutions. The success of sports team’s performance directly affects the dowry of universities as well as their enrollment numbers.

Often seen in U.S. gambling news, the venues for the final four normally bring with them a mountain of visitation from fans as well as revenue. The NCAA has rules that all final four games much take place in a domed stadium that seats at least 40,000 people. There isn’t a professional basketball stadium with that seating capacity. All 9 venues capable of holding a final four game are all Profession American Football Stadiums. “Home court advantage” for teams gets decreased the further the tournament progresses. If fortunate a team may be within 100 miles of their own location. Players are often rewarded with rings and given greater attention for their future success in the professional basketball league or NBA.