Is Mika’s MLS Move A Gamble For Galaxy? 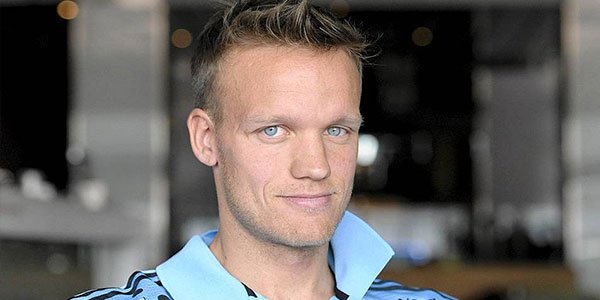 With another experienced player from Europe moving to the US one question remains unanswered; Why is US football commentary so wrong?

War…poverty….street mimes….there are many things in this world that don’t make sense or are inherently and disturbingly wrong from any reasonable objective point of view. Our imperfect planet, a collection of vested interests, cultural greed and the human capacity for self-destructive insanity, is full of mysteries that leave one quite at a loss to know how they came to be and why no one is doing anything about them.

Even when we do attempt to tackle one of the big potential problems that face our planet there is often a bizarrely incongruity to the manner in which we do. The proliferation of nuclear weapons, for instance, seems to worry people, and yet those making the biggest fuss are all owners of a nuclear arsenal themselves. Israel complains about Iran, India & Pakistan complain about each other and the Americans mutter sourly that they got there first and everyone else is breaking their copyright.

It doesn’t matter where you hail from, whether you’re German, Brazilian, or even Finnish gambling laws of nature will suddenly change to remove these bizarre facets of humanity is sheer folly, we’re stuck with them, but that doesn’t mean we have to turn a blind eye. We need not look away in shame, we should face up to the horror, the calamity, the abject mistaken disasters that we ourselves have wrought and the suffering they cause.

Some of the rods we have created for our own backs include the Eurovision song contest, organized religion and the rampant capitalist economy but these, even in conjunction with nuclear, biological or chemical warfare, starvation, disease and the de facto enslavement of the exploited developing world, are, upon the “wrongness” scale, as to nothing when compared with the most disturbing man-made horror the world has yet created; American soccer commentary.

Football commentary has always produced a few oddities. There’s the unbridled hysteria of Jack van Gelder as Denis Bergkamp scores in the 1998 quarter final against Argentina where the commentator’s spontaneous combustion seems all but seconds away, the vaguely religious-rite like chanting of Colombian James Rodriguez as his team took on Uruguay in 2014’s World Cup and, of course, the whole slew of ridiculously silly statements made by English football commentators down the years.

The epitome of the art of sitting with a microphone commentating on sport and ramming both feet into your mouth at the same time was, of course, David Coleman whose famous utterances include; “Forest have now lost six games without winning”, “If that had gone in, it would have been a goal” and the truly fabulous “This evening is a very different evening from the morning we had this morning”. However even his butchery of the English language and sport coverage, just doesn’t compare.

Now lets be clear, I am not for a moment suggesting that Americans can’t or shouldn’t play football. Their recently national performances, particularly at the last world cup, under the management of Jurgen “U-Boat” Klinsmann, that well known German diving enthusiast, prove conclusively that they’re growing into a force to be reckoned with. My only problem, and here I’m gambling news I’ve only one problem with Americans won’t cause too many heart attacks, is with the commentary.

It is, of course, the accent. The more excited an American commentator gets the more I find myself expecting him to start directing artillery fire into the penalty box, calling in air strikes in the final third or declaring the opposing goal keeper to be a member of a terrorist organization that is attempting to destroy the freedoms(TM) of the other teams forwards. Perhaps that’s a lamentable reflection on my own warped perception, or perhaps it’s a rather ugly result of what caused that perception in the first place.

Football in America continues to gain popularity with the big clubs like LA Galaxy boasting a reasonable quality of players in a country where the vast majority plump for American Football and Baseball. Even attitudes to soccer are changing in the US, and that’s helped all the more by the influx of talent to their league. Indeed LA Galaxy just completed a deal to sign up the experienced Finnish feet of Mika Vayrynen to give their midfield a bit of added strength and resolve.

The 33 year old trialed during the clubs European tour and seems to have fitted in very well, adding what the Galaxy needed, where they need it. With 58 outings for his country and just having spent two seasons with HJK Helsinki, Vayrynen is positive about his move across the Atlantic. “I feel great.” He confirmed. “This is a great opportunity for me to come here. When I heard about this chance, I jumped at it.” LA Galaxy just as happy to have the technically superb player a teammate described as “Stylish”.

“I’m really looking forward to this opportunity.” Vayrynen said, “I want to bring experience and hopefully I can help the team in the coming games.” Something the rest of the team fully expect him to do. Stefan Ishizaki, alongside whom Vayrynen will line up in midfield said; “He’s a very smart player and very experienced. He has good vision and good technique too.” Adding; “He’s a very good player who will help us.” Which is almost certainly true.

Those of you who like to bet on sports in Finland and wish to back your countryman’s new team you can do so over at Come On! Sportsbook that offers a full range of bets on the MLS. Right now they’ll give you tight odds on the Galaxy’s next match against the Portland Timbers on the 16th. Portland get just 2.55 to the Galaxy’s quite similar 2.60 but with LA’s new midfield master those odds could be misleading and the game could be a whole lot closer that they make out.