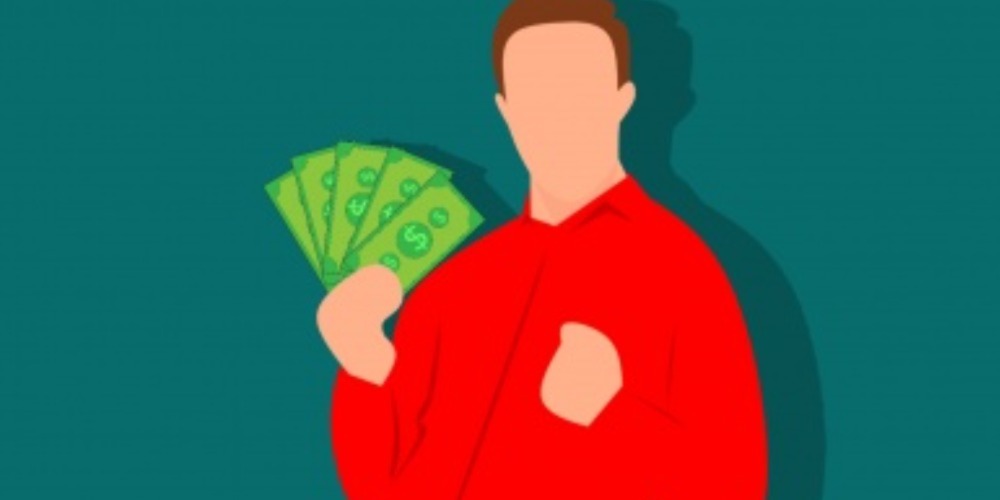 While most people have to wait for a win for months or even years, there are the lucky gamblers, who win large amounts after a few tries. These are the occasions when you realize that gambling is not fair. There are several explanations why, but let’s jump right to the mega slot wins in minutes stories!

A Canadian player won more than a million dollars on a Powerbucks slot machine after a few minutes of playing. After his father told him he wanted to go to a casino, Joshua Alexander headed to the closest place with his cousin and girlfriend one evening in July. After a few minutes, when a huge amount appeared on the screen, his girlfriend lost her mind, and he thought it was a scam, while the cousin thought the machine was broken.

A few minutes later, the casino staff verified the prize that the lucky guy won after playing with a bet of $5.25 and won $1,032,361. According to his plans, he will check a few destinations off his bucket list soon. Among others, he is planning a dream vacation in Mexico, Australia, and California. By the way, the odds of someone winning the Powerbucks jackpot with $5 are 1 in 25 million.

Perhaps it is not surprising that there are many slot machines in the capital city of gambling, even at the airport. Thanks to one of them, a lady from Texas, to kill time until her flight, played one of them and won a mega slot win in minutes.

According to online gambling sites in the US, Megan H. played a Wheel of Fortune slot to pass the time until boarding. The video, which captured the woman’s reaction as soon as she saw the 302,000 dollar prize, started to spread on social media.

She kept shouting that she won $300,000, attracting the attention of several passengers waiting nearby. Airport employees congratulated Megan and shared a photo of her standing next to the lucky slot machine. Also, several people congratulated her on social media, but one well-wisher stood out. It said that the person who left the comment, put $200 into that machine a few days before, and he was glad he could contribute to the prize. There are no less than 1,400 slots at McCarran Airport, so you should try one if you happen to be there.

A lucky Swedish player won the jackpot of 5.9 million euros on the popular Mega Fortune online slot game at an online casino. Thanks to the Mega Million promotion, the incredible amount was also increased by 650,000 euros so the player could pocket a total of more than 6.6 million euros. The then 27-year-old Swedish player registered only three hours earlier at the online casino.

He was on vacation at the time and felt like playing. It was probably the best decision of his life. Right after the win, he was not sure what he would use the prize for, but he wanted to give some of it to his closest friends and family. Check out the Mega Fortune online slot game at Bovada Casino!

A man from New Jersey was bored at home and decided to see what online gambling was like. He won a mega slot win in minutes! To be exact, he earned a $194,000 jackpot by spinning his first online slot machine! Anibal Lopes created a player account on the online site of the casino on his phone on a Monday evening. He immediately hit the Mega Jackpot, $193,737, on the very first spin! Beginner’s luck is real, folks! This was the biggest payout since the online casino launched this game a few years ago. As anyone would, he thought that it couldn’t be true.

Then he scared his wife to death when he claimed to feel shaky. She wanted to call the ambulance when he informed her that he was not sick, just won almost 200 thousand dollars. Lopes planned to use the money to pay the bills first and renovate their house. He said he had already tried a couple of online casinos when they legalized them in 2013, but he was playing for the first time in years. He used to visit an Atlantic City casino a few times a year, but after this win, he will not gamble any other way, just on his cell phone.

Winning Four Times in one Night

A British player won a jackpot worth $1.75 million on four different slots at a Las Vegas casino in 2017. A video of his wins has appeared on the Internet showing him playing several slot machines in a Las Vegas Casino. In the clip, a player named Nick won four jackpots, including a $1 million prize. Probably, the man’s girlfriend recorded the wins with her cell phone. The first footage shows 7:30 am, but we do not know how long they had been playing before they hit the huge jackpots.

In the video, Nick first won $125,000, then $400,000, followed by another $400,000, and then $1 million. The high roller, playing with a bet of $5,000, ended up pocketing $1.75 million. They posted the footage on a lifestyle channel, which often features videos of various Vegas players. The casino, where the footage is said to have taken place, has not commented on the video. By the way, most casinos do not officially allow video recording on their premises for the safety of the casino and the players.

Although every square centimeter of the casino is scanned by security cameras, they prohibit private recordings. However, there are many videos on various online video-sharing sites of players playing different slots, and there are also several recordings of someone winning a jackpot. Casinos usually don’t insist on deleting these videos since showing how someone wins a huge jackpot is also a great advertisement for the establishment.

Winning on the First Try

A Scottish player won £6.3 million on the Hall of Gods slot game in 2017, receiving one of the biggest slot wins ever at an online casino. The player, known only as Neil, told a reporter that he was in shock after realizing he had won £6.3 million. It is worth mentioning that the lucky player registered an account at an online casino on that very day and deposited the first £30 into his player account just an hour before winning the huge prize.

By the way, the extensive prize resulted from a spin with a bet of 4 pounds. This £6.3 million prize is one of the largest ever paid out by the popular progressive slot game. The millionaire player said he would donate part of the winnings to charity, then take his family to Disney World and visit their relatives in Australia. He also planned to buy his parents an overseas holiday, but first, he got a season ticket to the games of his favorite team, Liverpool.

Hall of Gods is a Scandinavian-inspired game, based on Viking and Norse mythology. The slot game features Gods and Goddesses, such as Freya, Loki, or Odin. Other symbols are the signs of the Deities, such as Thor’s hammer or Odin’s raven. The Gods battle the Midgard Serpent, a demonic dragon that the players have to defeat with mythical weapons. You can find the game at Bovada Casino!