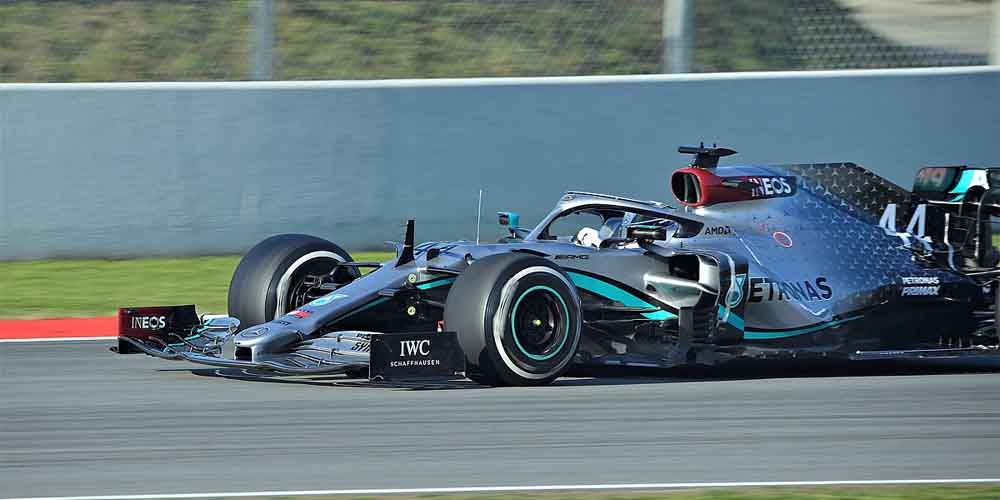 Just when you bet on Lewis Hamilton to leave and race electric Land Rovers or whatever, Toto drops a hint or two. Another contract? Two more years? You can bet on Max Verstappen not enjoying that prospect. Online sportsbook sites in the UK like Bet365 have already dropped him back to just 3/1 to win the season. Lewis and Mercedes outclassed Red Bull in Spain. A trend they could well face for a few more years if the rumors are true. But are they? Or are Mercedes just winging it?

“There’s still some life in this old dog.” Joked Lewis Hamilton, a thirty-six-year-old. Toto Wolff, boss at Mercedes, sparked these rumors of new contract negotiations. Lewis is just playing along with it. Any serious discussion will happen far, far from the limelight of media coverage till the deal is done. Still. Lewis is quite optimistic, saying; “It would be great to get something in place before the break.” Anyone want to bet on Lewis Hamilton quitting F1 whilst he’s still winning?

No. Of course not. I wouldn’t even bet on Lewis Hamilton to think about it. In Barcelona, he made up a 21-second deficit in 17 laps and overtook on a track that hardly promotes it. Everyone who likes to bet on sports in the UK learned that beating Lewis and Mercedes isn’t easy. The results speak for themselves. Sure. Red Bull have the speed, but that was never going to be enough. Lewis is the better driver. But can Mercedes really keep him? Or is this just a bluff?

Mercedes And Lewis Are Still The Winning Formula

F1 teams love to play mind-games. Perhaps this is just another one to irk Max. Irking Max isn’t difficult. And an irked Max is more apt to make mistakes. Unfortunately, you can bet on Red Bull to have other issues on their mind right now. They have some issues with their rear wing, apparently. It flexes too much. Or at least that’s what Mercedes say, and you can always bet on Lewis Hamilton to point out things like that. Mostly because Toto Wolff tells him to do it.

Bet On The Monaco F1 GP

Red Bull’s wing bends at speed. So do all the other wings, only Red Bull’s does it more. This moves it out of the way on the straights, giving more speed. Handy. However, Red Bull claim this is not a contravention of the technical regulations. They point out all components flex under stress at speed. Just don’t bet on Lewis Hamilton to swallow that excuse. Anyone in the UK gambling laws of physics trump a disgruntled champion, think again. This is Formula One.

Bet On Lewis Hamilton To Stay At Mercedes At Bet365

So, naming no names, the FIA are introducing some new tests. They will measure load-deflection on the wings. The FIA also plan to place cameras on the cars to monitor the wings whilst the cars are at speed. They will penalize any excessive movement of bodywork they find. And if they don’t find any, you can bet on Lewis Hamilton to highlight it. Do you remember when the teams agreed they wouldn’t get hostile with each other? That was last week. Now, Mercedes sense fear.

If Red Bull find their speed edge has vanished after the new aero-test regime comes into effect don’t bet on Lewis Hamilton quitting. He’s won three of four races so far. He’s still an ongoing champion. The odds on Mercedes keeping Lewis only improve if Red Bull are out of the running. There’s no fear of him losing and fading away. Thus, the odds on Red Bull at online betting sites in the UK like Bet365 may now get much longer. They need a wing…and possibly a prayer.

We take a look at why Red Bull need a wing and a prayer and you should probably continue to bet on Lewis Hamilton winning F1 races.