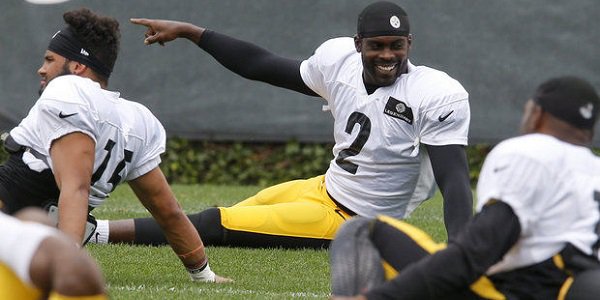 Michael Vick’s new role as backup quarterback for Pittsburg may be a success.

A Michael Vick comeback was anticipated by fans that can’t seem to get enough of the former NFL quarterback. Vick recently signed with the Pittsburg Steelers as a backup quarterback. Although Steelers fans are excited about the move, New York Jets fans were hoping that he would be head quarterback. Vick’s decision definitely has caused ripples in US gambling news.

• Vick threw 4,846 yards and 1.048 yards rushing in high school
• The Pro Bowler was the first quarterback to rush 1,000 yards in a season
• Michael served 21 months in prison for his involvement in dog fighting

In the third week of the NFL pre-season, Pittsburg fans got a taste of what they wanted to see form Michael Vick. The 34-year old quarterback created shock and awe as he threw his first pass for 62 yards to receiver Martavis Bryant for the touchdown. Altogether Vick made four completions out of 5 passes as he threw for 106 yards. Let’s take a look at how this quarterback created such a faithful following.

The beginnings of the talented quarterback

Michael Vick was born in Newport News, Virginia on June 26th, 1980. Coming from a working class family, his father worked in the shipyards and his mother worked two jobs. The family lived in a housing project within an impoverished “rough” neighborhood and

He came from a very poor family

many, including Vick, saw athletics is a way out of their hostile environment. The father’s job required routine travel, yet he taught football to young Michael and his brother Marcus.

Showing unnatural speed at an early age, Michael’s father nicknamed him “Bullet” when he was three. After teaching Vick fundamentals, the young player went on to teach his brother. Playing football for the local Boys and Girls Club kept Vick out of trouble and away from the wrong crowd. At Homer L. Ferguson High School, Vick impressed all as a freshman throwing for more than 400 yards.

After one year his high school was closed, and Vick moved to Warwick High School with his coach Tommy Reamon. In that time, Vick finished his high school career with 4,846 yards with 43 touchdowns and 1.048 yards from running. Coach Reamon also proved instrumental in helping Vick pass his SAT, a standardized U.S. college entrance exam.

Soon Vick left Newport News and entered Virginia Tech University with a football scholarship. His freshman year proved phenomenal as he ran for three touchdowns in the first quarter. The future quarterback star led Virginia Tech to an undefeated season and to the National title game against Florida State University. American college football fans and punters using online sportsbooks in the US, got their first glimpse of Vick on the National stage.

Not a lot of passing in this college highlight reel

Although Virginia Tech was defeated, Vick brought back the team from 21 points down and earned an ESPY Award, Archie Griffin award as well as third place in 1999 Heisman Trophy voting. Vick’s second year proved equally impressive. Having a greater desire to move his family out of the housing projects, the sophomore quarterback chose to enter the NFL and use his endorsement and signing money to by his mother a home.

Michael Vick’s big rise and fall in the NFL

His first few years in the NFL were incredible

Michael Vick signed with the Atlanta Falcons as the number one pick being the first African-American quarterback selected as a top pick. Equally impressive was the fact that he was also drafted in the 30th round of the Colorado Rockies professional baseball teams despite his lack of playing America’s national sport since eighth grade. Apart from two years, Vick passed for over 2,300 yards every season with Atlanta and rushed for a combined total of 3,859 yards.

In 2006, Vick was the first quarterback to rush over 1,000 yards in a single season and was inducted into two Pro Bowls. Unfortunately, he was only able to lead the Falcons to the playoffs twice. However, the Pro Bowler would soon face criminal prosecution, due to his involvement in dog fighting, which is forbidden by US gambling laws. He plead guilty to federal charges, for which he got 21 months in prison and another 2 afterwards in home confinement. Atlanta suspended Vick indefinitely, imprisoned him and charged a reimbursement fee of almost USD 20 million.

After 21 months of incarceration, Vick signed a contract with the Philadelphia Eagles for one year. His first comeback would be marked by little playing time as quarterback Donavon McNabb’s backup. In the NFC wildcard game Vick threw and completed 76 yard pass, the longest in his career. After McNabb was traded to Washington, Vick fared well in his starting position as he was the first player to pass for three touchdowns and rush for two touchdowns in the first half of a football game. The quarterback hopeful remained in Philly for four seasons.

Michael Vick signed a one year contract with the New York Jets for 5 million dollars in 2014. As starting quarterback, he was the first quarterback to run 6,000 yards. After only one year, Vick signed with the Pittsburg Steelers which caused a backlash by the media and Pittsburg fans. Coach Mike Tomlin said he first considered signing Vick after his incarceration in 2009, but felt it would be too risky for the team’s image. The coach also credits Vick’s poor reception to his play not being on par with his years with Atlanta.