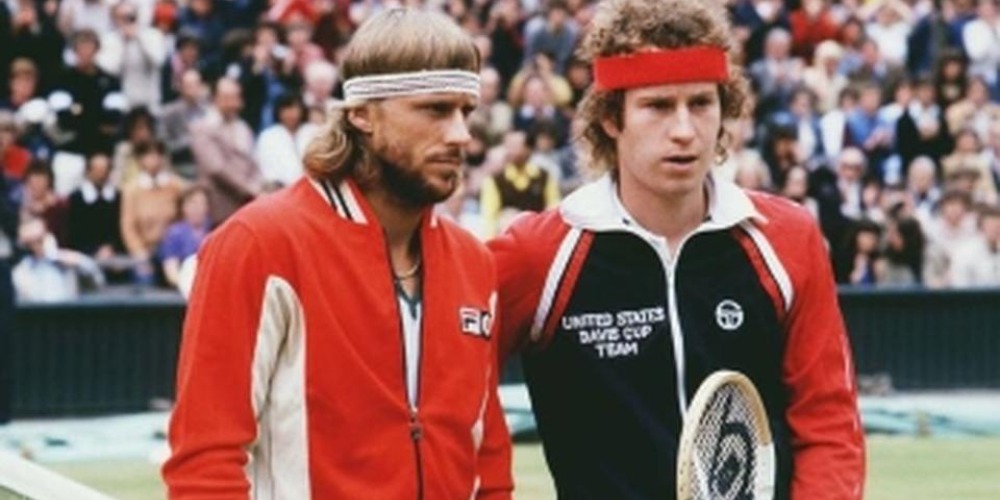 Ashleigh Barty, the current women’s tennis world No1 has just announced her retirement from the sport at the age of only 25. Her decision has surprised most fans and experts but Barty’s action is not unique. There have been several similar announcements from other top players in the history of the sport from Martina Hingis to Bjorn Borg. Let’s see the most shocking tennis retirements below.

Being a professional tennis player is a tough life. It consists of endless training, traveling from one tournament to the other, and taking part in a competition almost every week. It is physically and mentally demanding as we could see in Naomi Osaka’s example. Starting at a young age, it’s not surprising that many players peak at their early 20s and announce their retirements around the age of 25. The Australian women’s world No1, Ashleigh Barty has been the latest player to follow this sample. The 25-year-old announced her retirement from the sport this week, only two months after winning her third Grand Slam title at the 2022 Australian Open. On this occasion, we thought to collect similar retirements of other top players who all ended their careers suddenly, on the top of their careers at a young age.

One of the most shocking tennis retirements was made by the Swedish top player, Bjorn Borg in 1983. The 11-time Grand Slam winner’s announcement was a surprise even though he only played in one tournament the year before. Borg made his professional debut at the age of 15 as a member of the Swedish Davis Cup team. In the following year, in 1973 he took part in his first Grand Slam at the French Open. While he reached the quarter-final at his first Wimbledon in the same year.

He won his first Grand Slam title in 1974 at the French Open, at the age of only 18. It was followed by five more titles there and five wins in Wimbledon. Interestingly he couldn’t win the other two Grand Slams, even though he reached the final of the US Open four times. He lost the last two against his huge rival, John McEnroe. The American tried to persuade him to continue after his shocking announcement. But Borg stuck with his decision after feeling burned out and not caring about losing any more.

She was only 15 when she won her first Grand Slam title in doubles in 1996 Wimbledon. And 16 at the time of her first Grand Slam singles victory a year later. Hingis dominated the sport at the end of the 1990s and won four more singles Grand Slam titles. Along with 12 doubles GS-titles and two WTA Finals victories. But she started to struggle with injuries in the 2000s and decided to retire in 2003. She returned to the sport a couple of times and got more success later on as a doubles and mixed doubles player.

Staying with women players, we have next on our list of the most shocking tennis retirements another fantastic player, Justine Henin. The Belgian player announced her retirement in 2008, at the age of 25 due to fatigue. The time of her announcement was even more surprising. As it happened only a few weeks ahead of the French Open where she was a three-time defending champion. This year’s French Open is not far away with online sportsbooks in Belgium favoring Iga Swiatek for the win.

Henin won seven Grand Slam titles in her career and was leading the world ranking when she decided to quit. Though it was quite an unusual thing to do at the top of her career, there had been signs of her decision. Henin struggled with smaller injuries in the year before. She also got divorced and started to withdraw from tournaments. One of the best women players of all time tried to come back in 2010 and reached the final of the Australian Open. But an injury to her elbow put an end to her career once and for all.

Henin’s compatriot and big rival was Kim Clijsters, who had a similar path. Clijsters won four singles and two doubles Grand Slam titles and was world No1 in both. Her career was affected by the rivalry between her and Henin, and the upcoming Serena Williams. She reached four Grand Slam finals before finally winning her first in the 2005 US Open. Two years later though Clijsters announced her retirement, at the age of only 23.

She got married and had a baby. But she did come back in 2009 just like Henin. Clijsters’s return was more successful though after winning three singles Grand Slam titles in the following years. She holds the record for most GS titles as a mother along with Margaret Court. The Belgian star retired in 2012 again but made a second comeback in 2020. She has been struggling with injuries ever since as it was reported by online sportsbook news in Belgium.

Last we have an American tennis player, who hasn’t reached such heights in his career but was still a very good player. Andy Roddick got one Grand Slam title with his win at the 2003 US Open. But he also reached four more Grand Slam finals. He lost all of them against Roger Federer with one of them being a legendary Wimbledon final in 2009. Their match became the longest Wimbledon final by the number of games with 77. With the final set ending with a 16-14 result.

Roddick also holds the world No1 spot after winning the US Open which is still the most recent North American win in a singles major. He decided to end his career before the 2012 US Open, just after his 30th birthday. Roddick reached the fourth round at his final tournament. He lost to Argentine Juan Martin del Potro who might retire at the end of this season as well.