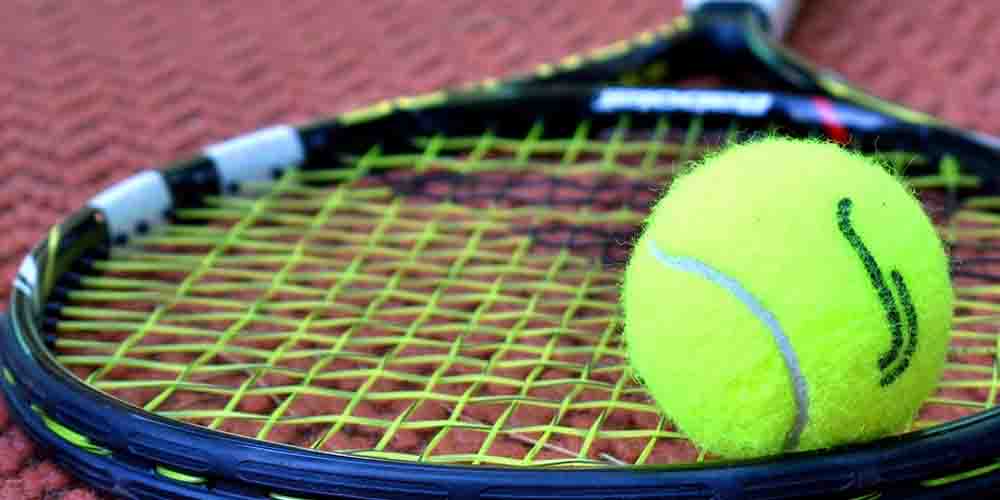 Everyone has a picture about a typical tennis player in a nice white shirt or dress usually with a conservative look. But from time to time new players emerge who are different from the rest thanks to their unique style or intense behavior. Like Andre Agassi who brought some new colors to the sport and belongs to the most unorthodox tennis players.

Tennis was long considered a gentleman’s sport with very restrained and professional players who wore conservative shirts and dresses. They’ve all behaved politely without any outbursts, always accepting the umpire’s decisions. But in more recent times more and more players have tried to spice things up a little with unique outlooks and honest behaviors. Some of them become famous only for these unique characteristics while others are actually great players as well. Let’s see the most famous ones now.

Marat Saffin was the king of broken rackets, as the Russian player often lost his calm and broke his racket after a bad hit. He was a great player too who won two Grand Slam titles, the 2000 US Open and the 2005 Australian Open. Safin also reached the No1 spot in 2000 and was there for 9 weeks. But probably most fans remember him for his outbursts and getting emotional during the games. He usually wore black shirts which made him a special phenomenon along with his tall height.

One of the greatest women players of all time, Serena Williams has been a very unique athlete even in the beginning of her career. Along with her sister, Venus, their extreme hairstyles and colorful outfits make them stand out from the other players.  Both of them have a very athletic playing style. With Serena’a forehand being considered in the most powerful shots in the women’s game. Which of course helped her to win 23 Grand Slams and get close to equal the record of Margaret Court who achieved 24 GS wins.

But while her sister is usually calm and self-disciplined, Serena often shows her feelings and disagreements with the umpire’s decisions. Her most famous outburst happened in the 2018 US Open final when she called the umpire a liar and a thief. Hopefully we will see a calmer performance from her in the 2021 Australian Open. Where online sportsbooks in Australia consider her in the top favorites.

Staying with very athletic players, we have Gael Monfils next in our list of the most unorthodox tennis players. The French player has produced unbelievable shots and returns thanks to his skills. Though he hasn’t won any Grand Slam title, he has reached their finals twice. Monfils also has 10 ATP Tour titles including the Paris and Monte Carlo Masters. But what is the best about him is the way he plays making him one the most entertaining tennis players to watch.

Monfils’ compatriot, Marion Bartoli was similarly entertaining during her career mostly due to her special practices before the games. As she used a special resistance-band for her warm-up designed by his father and her coach. Bartoli also moved a lot between serves and couldn’t really rest even during the changeovers. Her two-handed playing style was special as well inspired by 9-time Grand Slam winner Monica Seles. Bartoli only got one Grand Slam title though. She won the 2013 Wimbledon Championships and announced her sudden retirement soon after her biggest success.

One of the best players of the 80s and of all time, John McEnroe was a unique player too. The American star often got into confrontations with the umpires, opponents and even spectators. He also broke rackets in his fury and argued about every decision. He even boycotted Wimbledon because of its dressing code. But in spite of his behavior or actually because of it, fans loved him. Of course, McEnroe was a fantastic player as well with 7 Grand Slam titles. He had 77 singles and 78 doubles titles which is still the highest men’s combined total in the Open Era.

Moving to current tennis stars, Nick Kyrgios is probably one of the most unorthodox players at the moment. The Aussie player also has disciplinary issues and often got into trouble for his behavior. But he also plays in an entertaining way using underarm serves, trick shots and tweeners, aka between-the-legs shots. It doesn’t always help him to win matches but definitely makes him popular with the crowd. And Kyrgios is not a bad player either after winning six ATP titles and reaching the quarter-finals of two Grand Slams. Online gambling sites in Australia offer the odds of 6.50 for him to win the second quarter-final in the ongoing Australian Open.

One of the most entertaining tennis players of all time has been Andre Agassi, who was very different from any other players from his first appearance on the tennis courts. He looked more like a rock star with his long hair, denim shorts and black sunglasses. At the same time he was a very successful player with great skills and fitness which allowed him to dictate the play from the baseline. Agassi won eight Grand Slam titles, the 1996 Olympic Games and three Davis Cup finals with the US team. The American star had troubles in the 1990s but managed to settle down after marrying fellow tennis star, Steffi Graf. He also published his biography, Open which became a huge hit as well.