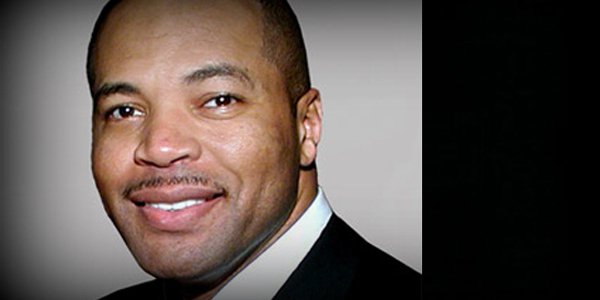 Federal judge Michael Shipp may have a conflict of interest in the ongoing case concerning sportsbetting in New Jersey.

New Jersey Governor Chris Christie and Senator Ray Lesniak are facing a powerful challenge from the NFL and America’s other pro sports leagues in their valiant quest to legalize sportsbetting at the state’s casinos and racetracks.

New Jersey appears justified in challenging the Professional and Amateur Sports Protection Act (PASPA) on grounds that it is an unconstitutional violation of state’s rights.

However, the NFL, NBA, MLB, NHL and NCAA continue to present a strong, united front against the state, challenging legalization every step of the way and calling it a violation of American gambling laws.

The state’s repeated appeals to the Supreme Court to overturn PASPA have failed, so earlier this year lawmakers turned to a new strategy: legalize betting unilaterally on grounds that the wording of the bill prohibits states from collecting taxes on betting activities, but doesn’t ban the activity altogether.

Last month Governor Christie signed the Sports Wagering Law, a bill which allows anyone over the age of 21 to place wagers on a sporting event provided the bet is taken inside a casino or racetrack. The state claims no authority to collect taxes.

The Monmouth Park Racetrack was set to get the ball rolling by accepting wagers on NFL games starting from the last weekend of October. Immediately after signing of the bill, however, the major American sports leagues issued a joint legal challenge to the legalization, and on October 24th a federal judge ruled in favor of the leagues.

Judge Michael Shipp issued a ruling that declared legal betting at Monmouth Park to be in violation of PASPA, and also expressed the not-so-legal opinion that it would do irreparable damage to the integrity of each of the pro sports leagues.

Senator Lesniak expressed expected unhappiness over the legal decision: “It’s incredibly disappointing… It’s very, very important to both our casinos and racetracks, so we’re going to continue to pursue it.”

Judge Shipp’s ruling amounts to a temporary injunction against the legalization, so there is still hope that New Jersey lawmakers get their way. The case will be appealed in the district court and the Third Circuit Court of Appeals (the federal court holding jurisdiction over New Jersey). However, both courts have ruled against New Jersey in recent years.

The state finds a chink in the court’s armor

However many times New Jersey is pushed down, however, it always gets back up and keeps fighting. Following the unfavorable ruling lawmakers found a connection between Judge Shipp and the NFL, indicating a possible conflict of interest.

Judge Michael Shipp is the brother of former NFL running back and coaching fellow Marcel Shipp. While that in itself doesn’t prove any malfeasance by the judge, the state and its legal representatives consider it grounds to assign a new judge to the case, one who may reverse Shipp’s decision.

Lesniak called the relationship “a strong appearance of a conflict of interest that could compromise Judge Shipp’s ability to make an objective decision,” while legal counsel Daniel Wallach, who discovered the personal connection, stated that “It’s not whether the judge is biased, but whether his impartiality can be questioned. That question is clearly there.”

What are the chances that New Jersey gets its way and a new judge is appointed to the case? Federal judges are bound by a code of ethics to excuse themselves from a case in which they have a personal investment, but it is rare for the judiciary to formally step in and remove a judge. There is also no guarantee that the new judge will rule in the state’s favor.

However, New Jersey has few options left at its disposal, and looks primed to push the claim as far as it can possibly go. The current ban is in effect until November 21th, at which time Judge Shipp will issue another ruling as to whether to renew it. Most likely he won’t change his mind, so the state needs to act quickly if they plan to remove him from the case.

The State of New Jersey has lobbied for years for the right to host legal betting activities, and to no avail. The main motivation of lawmakers is to lend a helping hand to the state’s struggling casinos and racetracks, not to raise tax revenue.

Currently, neighboring Delaware is the only state in the region with a sportsbetting market. State officials as well as gaming executives hope that bringing betting to places like Monmouth Park and Atlantic City will bring in visitors from around the Eastern Seaboard, injecting much-needed revenue to the state’s beleaguered casino market.

Neither Christie nor Lesniak have indicated their plan B in the event that the pro sports leagues get their way and PASPA is declared to apply to all forms of betting in New Jersey on a permanent basis. In 2011 the Department of Justice intervened to give states the right to legalize online casinos in America for the first time, and there is hope that it could do the same for sports betting.