Internet gambling in Portugal will remain state-controlled, as lawmakers decide to postpone the liberalization of the online gambling market 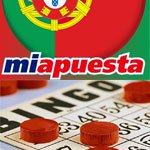 Santa Casa da Misericordia de Lisboa (SCML) will continue to have monopoly over land based casinos and internet gambling in Portugal for a while. Portuguese lawmakers decided that the liberalization of the online gambling market cannot be put up for discussion in the 2014 budget proposal, as the subject needs further debate.

Despite promises made in October, when officials announced changes to the current Portuguese gambling laws that would open up the market to outsiders, nothing seems to be in plans for the near future. It is estimated that tax revenues from a free online gambling industry could reach an impressive EUR 250 million, a significant amount for a country that is in serious debt.

Lawmakers haven’t made a decision regarding the level of taxation yet, but previous discussions set the bar at 15 to 25%. Considering that Spain’s online gambling market has recently dropped by 20% mostly due to their 25% levy, Portugal might want to go for a more reasonable taxation policy.

Hills gives up on Miapuesta?

In Spanish gambling news, UK betting operator William Hill recently decided to no longer use the Miapuesta brand, which cost the company GBP 459 million. Hill now owns a quarter of the overall shares on the Spanish online market and is planning on moving Miapuesta products and customers under its own brand.

The company had similar plans with the Australian Sportingbet and Centrebet brands, earlier this year. One month after the decision was made, CEO of William Hill Australia Michael Sullivan announced that the company would be keeping the names anyway, as “the owners have probably found that the brands are probably stronger in Australia then they thought.”