Next Irish Manager Predictions Will Surprise You!

News >Next Irish Manager Predictions Will Surprise You! 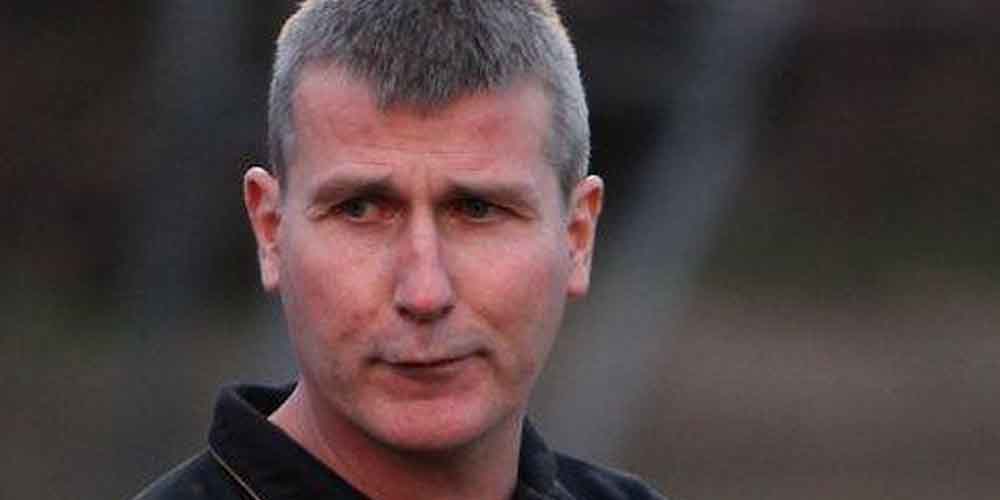 The next Irish manager predictions include names that will certainly surprise you. After disappointing performances with Stephen Kenny, reports out of Ireland are indicating that his time with the Irish national team is coming to an end. However, there is a mixture of surprising names included in the potential candidates for the position. The list includes a few inexperienced names that would be taking on a managerial role for the first time in their career if they secure the position. With reports not clearly indicating a clear favorite to become the next manager, the candidates’ odds are close. Who do you think will be the next manager for the Irish national team?

Reports out of Ireland are indicating the Roy Keane will replace Stephen Kenny as the manager of the Irish football club. Stephen Kenny significantly disappointed after winning just one game out of 13 matches with Ireland. Therefore, Roy Keane seems to the perfect replacement to get the Irish team to where it belongs. The Irish former player has held several positions as the head coach or assistant manager with different teams. For instance, he took on the managerial role for Sunderland and Ipswich from 2006 to 2011. His performances with both teams were decent as his win percentage was close to 50%.

Additionally, he took on the role of assistant manager at Aston Villa, Nottm Forest, and the Irish international team. However, it seems will be returning to Ireland’s international team, but this time as the new head coach. With his experience over the past 16 years, Roy Keane is expected to perform well with the team. As a result, online sportsbook sites in Irelandplaced him at the top of the list in their next Irish manager predictions. At 22BET Sportsbook, the odds of Roy Kean taking on the managerial role for Ireland are 5.50.

Neil Lennon Significant Experience Could Land Him the Job

English manager Neil Lennon is one of the most experienced managers included in the next Irish manager predictions list. In fact, he spent all of his managerial career in Scotland and England with Celtic and Bolton. Therefore, he holds the most significant experience in English football. Throughout his successful managerial career, Lennon has won a total of 11 trophies. This included 5x Scottish championships and 4x Scottish cup titles. With such a successful career and significant experience, the Irish-born manager is expected to meet all expectations with the national team. As a result, 22BET Sportsbookplaced him as the second favorite in their next Irish manager predictions with betting odds equal to 7.00. If an agreement is reached between the two, how do you see the Irish national team performing in the coming years with Lennon?

In comparison with the other candidates, Keith Andrews is probably the one with the least experience in managerial roles. At just 40 years of age, Andrews is just starting his career on the sidelines. He started as the assistant manager for the under 21 Irish national team in 2019. However, he was promoted to the assistant manager of the Irish national team, which is the position he is currently undertaking. Therefore, with such little experience, it will be a gamble promoting him to take on the role of the team’s head coach. Keith Andrews is yet to prove himself in such a position. Regardless of this, bookies believe he has a good chance of promotion in their next Irish manager predictions. For instance, 22BET Sportsbook places him 3rd on the candidates list with betting odds equal to 7.50. If Andrews takes on this role, it will probably be a turning point in his managerial career.

Is Robbie Keane Ready for A Bigger Role?

Robbie Keane is in a similar position that Keith Andrews is in. The 40-year-old has been taking on roles as an assistant manager. Therefore, he also lacks the experience of taking the leadership responsibility of a head coach. Kean started his career as an assistant manager at the Irish national team from November 2018 to April 2019. After such a short-lived experience, he moved to Middlesbrough to take on the role of an assistant manager from 2019 to 2020. All in all, Kane’s total experience on the sidelines does not exceed two years. Therefore, there is little data to make a judgment on predicting his performances with the Irish national team. Keeping in mind that he has experience at the sidelines of the Irish team, online sportsbook sites in Ireland included him in their next Irish manager predictions. At 22BET Sportsbook, the betting odds for Robbie Keane to take on this role are 8.00.

Next Irish Manager Predictions Include Other Interesting Names

In addition to the names above, several other candidates could potentially replace Stephen Kenny for the managerial position. For instance, Shelbourne youth coach Damien Duff is included in the next Irish manager predictions. However, such a move is somewhat unlikely since Duff recently took on his current job as the youth coach. Regardless, bookies still placed him in the top 5 in their predictions list. The betting odds for Duff to be the next Irish manager at 22BET Sportsbook are 9.00.

The list also includes current Newcastle manager Steve Bruce. The 60-year-old is the most experienced on the list as his managerial career started in 1999. However, his contract ending in 2022 at Newcastle complicates matters and makes a move to the Irish national team doubtful. As a result, the betting odds for Bruce to be the next manager are 13.00. The list does not end there as bookies include other names in their predictions. The table below shows the potential candidates along with their betting odds at 22BET Sportsbook.