The fact that Northern Ireland admits that its gambling laws are outdated is an international breath of fresh air. The Northern Irish 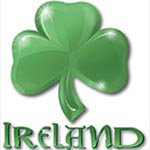 The fact that Northern Ireland admits that its gambling laws are outdated is an international breath of fresh air. The Northern Irish law that controls the internet gambling industry was written way back in 1985, before the online casinos had a chance to start, and for that matter, before the internet was a big deal.

Unlike other countries, namely the United States, the Irish are now pushing for new legislation. The fact that the old law was written in 1985 makes its applicability seem questionable. The law that the U.S. government uses, however, is the Wire Act which was issued in 1961.

Online gambling in United Kingdom is well received and this will remain the case from the standpoint of Northern Ireland as well. The country’s Minister of Social Development, Margaret Ritchie, maintains a solid stand on the issue. According to Ritchie, the existing laws are “not robust enough to deal with modern gambling.”

While talking about laws that apply to online gambling, Ritchie went on to explain that: “Current legislation is old, inflexible and hard to understand and the gambling market has moved on. There are new products and new ways of gambling that the current law never envisaged.”

Changes will be coming into action soon and they will start with bingo. Bingo halls will gain permission to be open on Sundays and internet bingo sites are expected to receive rules under which they may be able to advertise on television. This is new ground as, up until this point, such advertisements were forbidden.

Change is coming to Northern Ireland and it is about time. Ritchie enforces this by admitting that “it‘s in everyones interest that the gambling industry be regulated effectively.”