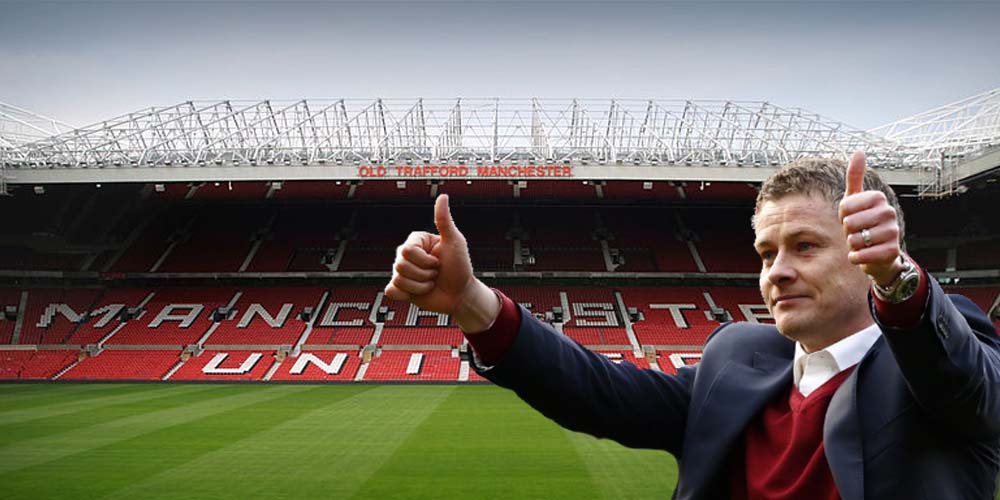 Following a string of good results, Man United have finally decided to name Ole Gunnar Solskjaer as their full-time manager.

Ole Gunnar Solskjaer received the call up to be the caretaker of his former club Man United after they sacked Jose Mourinho in December, last year. With him being a legend at Old Trafford (he spent 11 years at the club as a player), his role was to create a feel-good atmosphere in the dressing room, following the gloom that surrounded it during the Portuguese’s tenure.

Online sportsbooks in UK were lining up odds for his full-time replacement in the summer, as no one saw the potential in the Norwegian that he could have a massive impact at the club.

But with Solskjaer overturning the club (particularly uplifting the gloom in the dressing room), the Old Trafford bosses realized he’s the right man for the job and have handed him a 3-year contract starting after the current season ends.

“From the first day I arrived, I felt at home at this special club,” Solskjaer commented. “It was an honour to be a Manchester United player, and then to start my coaching career here. The last few months have been a fantastic experience and I want to thank all of the coaches, players and staff for the work we’ve done so far.”

“This is the job that I always dreamed of doing and I’m beyond excited to have the chance to lead the club long-term and hopefully deliver the continued success that our amazing fans deserve.”

Can Man United break into the top 4 in PL and overcome Barcelona in CL?

After 19 games in charge of the Old Trafford side, Solskjaer has won 14 of them, while drawing 2 and losing only 3 in the process. Man United fans have called for the club’s hierarchy to promote him and give him the full-time position, as it would show confidence in his abilities which could in turn lead to continued good performances on the pitch until the end of the season.

The Red Devils are 5th on the Premier League table with 58 points to their name, while fourth-placed Arsenal are blocking their way into the top 4, who are just 2 points above them. With 8 rounds remaining until the end of the campaign, Solskjaer could still do wonders and take Man United to the Champions League qualifying spots for next season.

Speaking of which, they’re set to go up against Barcelona in the quarter-finals of Europe’s elite competition, with the first game beind played at Old Trafford; providers of internet betting in UK are unsurprisingly backing the Catalans to make it to the next round.

Solskajer’s men managed to surprise against in the return leg against PSG in the last 16, so will a miracle happen again when they face Barcelona?