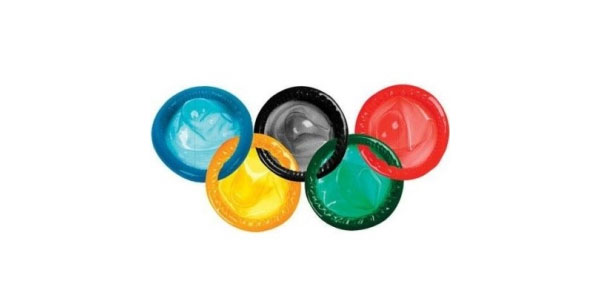 The Olympics. The largest, most well-known and longest running mass sporting event in the history of the planet. A gathering of the very pinnacle of human sportsmen and sportswomen, a coming together of the very peak of physical prowess, mental strength and phenomenal dedication that can be found on Earth. It is a spectacle like no other, producing heroes & villains, the ecstasy of victory, the bitter tears of defeat. It is a testament to who we are as a species, and we have to be rid of it before it kills us all.

I realize, of course, this is a somewhat less than fashionable opinion, however as I shall demonstrate the Olympics is a wholly unnecessary threat to the planet and everyone on it, the dangers it poses so monstrous, so horrific that the mitigation of merely its possible catastrophic effects upon life on Earth has led to one of the most draconian and massive conspiracies the world has ever seen. The Olympics may look just great for those that like to bet on sports in the UK at Bet365, but beneath the surface disaster lurks.

Obviously there are inherent dangers in any mass event. Spring Break seems unable to pass off without trouble, there was violence again at the Euro 2016 soccer finals and the Hajj seems hellbent on bringing people closer to god by having a good number of them trampled to death during their pilgrimage. However this is not some manic rant about street crime in Rio, nor about the disgusting pollution at some of the outdoor water venues. No. This is about something far more sinister. This is about sex.

Forget about this, focus on all the sex athletes are having (Photo: Mario Tama/Getty)

Those in the UK gambling news headlines about condoms are merely distraction from the Rio’s other issues miss the point. The issue is not one of location but one of issue, or rather the desperate need to make sure there aren’t any. The one thing you can’t allow to happen is having the very peak and pinnacle of human athletic prowess breeding with each other. That way a master race lies, and we’ve all seen enough documentaries on the Discovery Channel to know that just ends in tragedies like Nazis, gas chambers and ABBA.

Bet365 Will Give You Odds On Olympics But Not The NWO

Obviously merely throwing untold condoms (100,000 of which are to be of the female variety this year) at young people and hoping they use them has proven as effective as a chocolate teapot so the dark powers that be, those that control the world from behind the curtains of power, politics and finance, introduced the Zika Virus. At a stroke sex without a condom becomes unpalatable curtailing the Olympic march towards a very different version of “The Boys From Brazil” and produces a horrific additional dystopian future for us all…….those of us not rounded up and eliminated in FEMA Camps.

With some estimates at 30% of infected pregnant women giving birth to children with defects the virus is breeding a new slave race of tiny headed untermensch, the thugs of the new planetary ruling elite, and all those going to the Olympics in Rio risk exposure to a disease that is spread as much by sexual contact as it is by mosquitoes. If you’re in the UK gambling laws of averages will keep you safe, think again, this is a global threat and the Olympics is ground zero for the process that will end the world as we know it. The Olympics is a dangerous tool of dark forces and we must be rid of this evil. We must get rid of the Olympics to save the world from this mad hellish future it will impose on us all.