On July 1, 2009, the government introduced sweeping changes to its laws regarding traditional casino gaming and online gambling sites in Russia 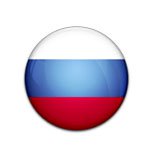 On July 1, 2009, the government introduced sweeping changes to its laws regarding traditional casino gaming and online gambling sites in Russia to make the country one of the most restrictive in all of Europe. Almost immediately players were able to adapt to find ways to gamble and today lawmakers are searching for ways to regain control in a seemingly hopeless situation.

The 2009 changes made all online gambling illegal by the letter of the law and restricted bricks-and-mortar casino gaming to the Krasnodar, Kaliningrad, Altai and Vladivostok regions. And while Krasnodar has something of a thriving business going by flying in VIP players via helicopter, the other three regions have established a combined zero casinos.

On the first day of the new law, 29 casinos and over 500 outlets offering gambling machines were shut down in Moscow alone, but within a month some 465 lottery clubs and 89 groups of Internet gamers had formed to find alternate games and foreign-based online casinos and poker rooms accepting Russian players. Meanwhile, Russian travel agencies are now specializing in $300 airplane tickets to and $2,000 four-star hotel packages in Las Vegas to great profit.

It seems many land-based gaming providers can use Russia’s “Law on Lotteries,” which allows the holding of lotteries of any sort using any equipment (including computers), as a loophole. Despite attempts in the Duma to hastily rework Russian gambling laws, no amendments have been made yet and the law remains essentially as unenforceable as ever while ever greater numbers of people are playing online casinos in Russia.