Online Gambling In The EU; Where One Size Doesn’t Fit All 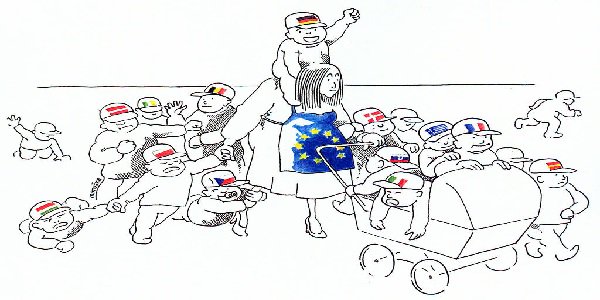 The EU marketplace is 500 million people strong but they’re separated by 24 different languages,

citizens. The Treaty on European Union is quite specific on the matter. However the harmonization of

European country’s regulations has not so much progressed as oozed, and the online gaming industry is

just one of the many points of contention between individual member states and each other, individual

at either level mean that in practice operating EU-wide is beyond the scope of most bookmakers.

There are 28 separate countries in the EU, the vast majority speaking a different language and sharing

with their neighbors only those parts of history that involve death on an unacceptable scale. Providing

equality of service to such a hydra-like market is a multifaceted enterprise of massive scope.

Industry leading online casinos in the EU attempt to provide as much as possible to as many as possible and necessarily their presence on the web now dwarfs the early gambling sites of but a decade ago as players are no longer satisfied with service alone. The facility to wager online is simple enough

to provide, but this range of different cultures and backgrounds brought together means that to stay

competitive in the market your provision of service takes on the same multidimensional aspect.

not without a little truth to them. The basis of many is the tastes and habits of a particular populous

(typically exaggerated for purposes of levity) but the underlying reality is perfectly true, the citizens of

say Denmark and Italy are very different peoples with different outlooks, attitudes and preferences, and

that’s before we get to language, cultural history or gambling desires.

There are 28 nations in the EU and 24 official languages, there is no agreed upon lingua-franca across

the Eurozone, and so it is that those wishing to provide facility for people to enjoy internet betting in the EU, tend to have to do so in multiple languages. This obviously will require a translation of each

page of the site, perhaps framed in a different manner more familiar or acceptable to the target nation

than the original, but it goes far beyond just running a few html files through google translate.

offices or those within the nation itself (where possible, legal and cost effective). This is a significant

expenditure by companies but pays off as they gain and retain loyal customers in foreign climes.

As the market gains more players, on both sides of the supply/demand divide, so the requirement to

increase the quality of service gains momentum and familiarity of assistance is key to this. Linguistic

ease is the start, the next stage is to offer support and technical assistance in whichever language is

required by the player with an issue to be resolved. Sites hang on their reputations with reviews on the

in mind, there is also the issue of currency. Whilst in theory all European nations would use the Euro as

legal tender, in practice only 18 of the 28 nations have actually signed up to this centrally administered

currency. This means whilst many of the European players will be paying in Euros, not all of them will

be and facility must be made, where possible to cater for them, with ease and security ever paramount.

Remote Providers Prohibited In Some Nations

Of course some nations in Europe are a little touchy about the transfer of funds beyond their borders,

especially if it appears someone is paying it out to an entity that isn’t paying due tax upon it, or indeed

any tax upon it. This is just one of the many issues that beset the European online gaming industry

as individual member states cling to their own gambling laws and regulations. This means that any

provider not only has to do so in multiple languages, but in multiple jurisdictions as well.

Certainly the European ideal would have a complete harmonization, and possibly liberalization, of the

gambling markets across the continent, however in practice this has met with lethargy and opposition

as a remote (foreign) provider. Some nations even prohibit online gambling entirely with some

countries even blocking sites within their borders, typically to protect their own state run gambling

The technical hurdles aside, and they themselves are not inconsiderable, the provision of a superior

the regional nature of the markets involved. This places great pressure on management teams who have

profit, a trick that is, as you might imagine, far more easily said in a presentation than done in practice.

The European Union is still a relatively young entity, with its predecessor the Common Market not

having given it the easiest of births. The marketplace it represents is likewise quite a new addition

populist politicians who treat any aspect of the European dream as a suspect nightmare.