The Many Online Gambling Jurisdictions Of The EU 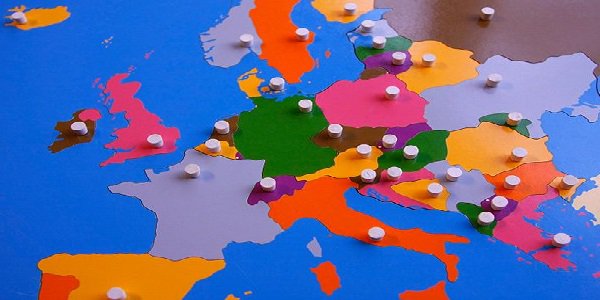 complex market that is anything but harmonized

the EU, just look at a map. There are 28 member nations in the EU, that’s 28 separate countries with

their own language, culture and attitudes, and their own taxation authorities. It is these authorities,

for various reasons, that have restricted the full imposition of the Treaty on European Union that is

supposed to provide for a free flow of services across borders, but in reality does nothing of the sort.

The revenues from all forms of gambling are sizable, the number of casinos now littering the north east

of the US a testament to this, and the governments of Europe as in nearly every case loathed to provide

opportunity these revenues to be directed anywhere but towards their own coffers. This has led to some

protecting their own state run monopolies with a fearsome array of legal and technical measures, and

others throwing open the doors to one and all in a free market free for all.

involved and why their regulations and taxation frameworks are as they are, which is usually a mixture

of ideological bent, domestic political expediency and economic necessity – just the same as it is in the

US states that chase the bricks-&-mortar gambling tax dollar. The place to start will be with those few

EU nations that have a forward facing attitude to the industry, those four being Lativa, Malta, Finland

The UK is the biggest of these four leading lights, with its 2007 Gambling Act often held up as being

an example of sensible government regulation of both domestic operators and remote service providers.

a blacklist of nations to which UK registered operators cannot provide service. Oddly Malta, on the

other hand, is more than happy to license operators (at very reasonable tax rates) as long as they don’t

At the other end of the scale several EU nations prohibit online gambling entirely, for example

Hungary and Greece, but these are just extreme protective measures to ensure their own state monopoly

operations are protected from the competition that online casinos in the EU represent. They are by

no means alone in this desire to protect domestic, state run, gambling operations with numerous other

Italy, Spain, France, Belgium and the Netherlands all ban foreign operators but whilst Spain and

Belgium do so because their nations restrict gambling as a whole, in the case of France and the

Netherlands it is merely more protectionism of their own internal pre-existing gambling framework,

and the tax revenues they derive from them. Belgium protects its national lottery, France it’s “Francais

de Jeux” operation, but it amounts to the same thing.

Lottomatica franchise that runs its national lottery and similar games, however there is neither the

will nor the means for this law to be enforced and is almost universally ignored. Thus it is that foreign

operators still provide services to Italian users, regardless of the law, with some even advertising their

own gambling policies and these vary widely depending on local attitudes and regional political whim.

stopped by tiny-minded localism, however this process has proven politically tricky.

operators, but in very different ways. In Ireland the adoption of the internet by the national lottery

spreadsheet fodder, whilst in Sweden the activity of placing bets with foreign sites is not illegal, but

nor is it condoned, with Svenska Spel and Trav Och Galopp keen to try and retain as many domestic

The tiny country of Luxembourg, population barely half a million, has, when it comes to the online

world, some of the toughest EU gambling laws, with the national lottery providing games on its

website that must only be played for fun, and all other internet gambling opportunities strictly verboten.

operators undermine their domestic taxation regime, which is diplomatic code for not wanting to lose

per se has led to a rise in illegal gambling over the border in the Turkish north of the island nation. The

of visitors that come to gamble in the Turkish sector.

The EU then is a patchwork of jurisdictions that range from the repressive to the impressive, from the

deliberately awkward to the awkwardly deliberate. The Treaty on European Union might well provide

for a harmony amongst nations of service provision, but when it comes to online gambling the sheer

than sticking with their protectionist instincts.