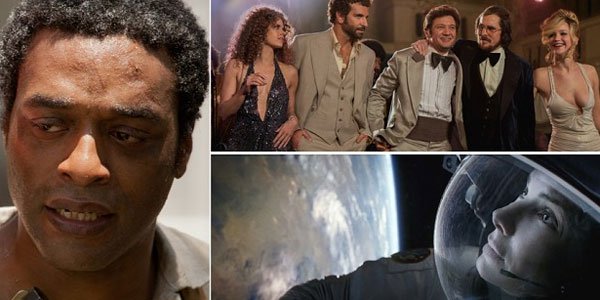 The Oscars are just around the corner and entertainment bettors are looking around to make their final picks at the bookies.

Only a couple of days left until the stars and industry leaders step on the red carpet in Los Angeles to gather for the 86th Academy Awards ceremony on March 2nd. The whole world will be watching, but there will also be a large portion of people with money riding on the results.

• Everything will be revealed on March 2nd

Entertainment betting has grown big time in the last years, and now represents an important part of sports betting business. While movie betting and odds can be found throughout the year, betting on Academy Awards only happens once a year and everyone would like to grab a piece of the juicy pie.

Oscars will be the highlight of the awards season and of the entertainment betting. The Academy members have already cast their votes, and all we have to do now is speculate on the winners and wait for the big night. But how can punters scan through the endless array of speculations and predictions to make up their minds and choose the best 86th Academy Awards odds? Let’s take a looks at this year’s favorites and understand why some are more favored than the others.

This particular race seems all but won by Cate Blanchett, who already has six nominations and an Oscar for the Best Supporting Actress. Her outstanding work in Blue Jasmine will surely land her the statuette this year, but the ongoing row around Woody Allen and allegations of sexual abuse could put a dent in Blanchett’s odds. The closest nominee behind Blanchett is Amy Adams for American Hustle, but if we look at the Oscars odds: 1/18 for Blanchett against 21/1 for Adams, we will see there’s very little chance for anyone except Cate.

It looks like Matthew McConaughey will snatch an Oscar right on his first attempt. His performance in Dallas Buyers Club was outstanding something both experts and fans agree upon. However, this just might be the year Leonardo DiCaprio finally lays his hands on a statuette and ends all the ridicule he’s been subjected to over the years. DiCaprio has 13/2 odds at the bookies, while McConaughey leads the way with 2/9.

12 Years a Slave will probably be the movie to get the most Oscars this year. Lupita Nyong’o did an outstanding job there, and is now leading the race in this category with 4/5 odds. However, Best Supporting Actress is a close call most of the time, and this year is no different. American Hustle star, Jennifer Lawrence, enjoys 11/8 odds at online sportsbooks. Objectively looking, both actresses deserve an Oscar, and they already have split awards: Lawrence took the Golden Globe and Nyong’o the Screen Actors Guild one.

As for the men, the deal is all but done. Jared Leto has such a massive lead with 1/11 odds that there needs to be a serious miracle to deny him the Oscar. His role as a transgender in Dallas Buyers Club is something that definitely deserves the statuette and we couldn’t agree more with the bookies. However, in case you’re wondering the closest rival is Barkhad Abdi in Captain Phillips with 11/1 odds.

Industry experts and critics look at this category as a two-man battle between Steve McQueen with his 12 Years a Slave, and Alfonso Cuaron with Gravity. But the race is not that close actually if we look at the betting lines at online sportsbooks. Cuaron is the clear favorite with 1/18 odds, while McQueen has a very distant 18/1 chance of walking away with a statuette on Sunday.

And now for the best film of this season. Popular opinion here is that 12 Years a Slave will take the Best Picture statuette, while Alfonso Cuaron will take home the Best Director Oscar for Gravity. There’s always something for everybody. As for the odds – the gap is quite big, 3/10 for 12 Years a Slave and 9/2 for Gravity. Third in line is American Hustle with 29/1, but that’s way behind.

Public opinion on the favorites

For quite a long period of time movie fans would actually fill out Oscar pool ballots, revealing what their favorites are. Some even believed that these polls helped influence the voting process. But now we all know that Academy works on its own planet and what public thinks of particular movies will in no way influence the Oscars decision.

However, there’s also a scientific approach to predicting the winners and betting on the Oscars. A professional bookie, R.J. Bell has been making polls with the movie punters and using those pools to give betting advantage to anyone who’s interested.

Bell’s research and polls actually provide bettors with tangible scientific data, thus making entertainment betting decisions a bit easier. So who are the favorites this year according to Bell’s research? 71 percent of poll-takers have put 12 Years a Slave as their pick, and Blue Jasmine’s star Cate Blanchett received an amazing 85 percent chance of winning according to the polls. As for the tightest decision – it’s Best Original Screenplay, where Her has 46 percent of votes, while American Hustle received 40 percent.

As we can see, the popular opinion this year is actually in line with Oscars betting odds. Let’s just hope that the Academy members didn’t have opposite opinions this time around and the nominees favored to win the Oscars will actually take their statuettes home.