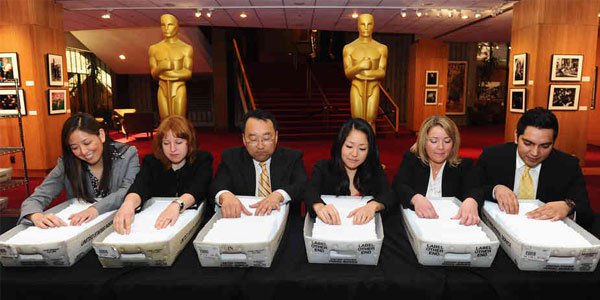 Preparing for the 2014 Academy Awards betting? Let’s find out how the Oscar winners are actually determined.

Entertainment betting and especially Oscars betting odds are a big thing at modern sportsbook. While some years ago it was mainly about sporting events at the bookies, today entertainment wagering is a big business and it is still growing steadily.

One of the main thing people are betting on outside sports are award ceremonies, and Academy Awards, or Oscars, are the biggest of them all. Millions of people around the world watch the live TV broadcast from Los Angeles, cheering for their favorite nominees and some even bet a buck or two on what they consider to be the definite Oscars winners.

But how does the Academy choose the nominees and winners? It turns out to be a bit of a complicated process, but knowing the basics will certainly help people make better decisions when it comes to choosing the right 86th Academy Awards odds at the bookies.

The long way to Oscar nomination

Every November the race for the nomination begins. While the Academy is working hard to ensure that there are no gifts or other perks involved for the interested parties, the process at this point is all about making sure that every single one of around 6,000 voting members of the Academy actually sees the film, which is pushed by studios, publicists, and everyone else involved.

All the nomination ballots are sent out to the active members of the Academy by late December. In January the members return the ballots to PricewaterhouseCoopers. The internationally renowned accounting firm takes care of them after this point.

• Around 6,000 Academy members get to participate in the voting process

Regular Oscars are presented in 25 categories and members from each of the Academy branches vote for the nominees in their respective categories. Which basically means that actors will nominate actors, directors are nominated by directors and so on. The exceptions are the Animated Feature Film and Foreign Language Film categories, where the nominees are selected by a multi-branch vote. As for the Best Picture nominees – they can be selected by all voting members.

The results of the balloting process are announced at the Academy’s Samuel Goldwyn Theater in Beverly Hills in the third week of January.

Voting members need to list up to five names and rank them in order of preference. As usual “follow your heart” approach is suggested, and no one is penalized for selecting an odd choice. Of course, listing someone’s name twice won’t help, but rather the opposite since that ballot won’t be counted.

Once all the ballots are received for each category, a “magic number” will be decided, calculated by dividing the total number of ballots by the number of possible nominees plus one. This “magic number” plays a crucial part, because once a potential nominee has reached that number – they transform into an official nominee for the Academy Award.

However, there are still four nominee slots remaining. Here, the ones that receive the fewest first-choice ballots are eliminated from the race. And these ballots go to other piles on the basis of second-choices. The process is repeated over again until all five nominations slots are filled in each category. In case a ballot doesn’t have any more selection it is deemed void, and this is the reason voters are urged to select five nominees.

After this explanation it’s clear that nominees are better off having a small, but very passionate group of supporters with a vote. Having a much bigger crowd of supporters who put you in a second or third position is way worse.

The final selection process is actually much simpler. The final voting ballots are sent out by late-January. Here the entire Academy can vote in each category, with every member having one vote per category. The nominee with the most votes wins, simple as that. PricewaterhouseCoopers gets the final ballots back on Tuesday before the Oscar Sunday. Only two partners in the whole accounting firm will know what’s written in the envelopes before anyone else does.

Active voting members of the Academy are asked not to vote in the categories they don’t get, for example, actors will not know a lot about sound editing. Also the voters are discouraged from touching the categories they aren’t familiar with all the nominees in.

There have been many studies about the Oscars nominees and winners. Back in 2008 University of California and Harvard University did a research on the topic. The findings had the following result: actresses playing in dramas were more likely to become nominated than their comedy counterparts. It also helps if you have been nominated before and enjoy a bit more popularity than the rest of the field.

Is the current voting system wrong?

The Academy has been using this Byzantine voting system since 1936. By now they should be pretty good at it. But there are some experts that say it is fundamentally flawed when it comes to selecting the winners.

There’s of course some truth in their suggestion, otherwise how would you explain the fact that Alfred Hitchcock, Orson Welles, Richard Burton to name the few, have never been honored. Remember 1977? Rocky was chosen ahead of Taxi Driver, well you get my point.

Critics of the voting system and Oscars in general always say that the Academy is keen on discriminating against some genres: sci-fi, westerns, comedies. They usually steer clear of any controversy surrounding films.

Why is this happening? Take a look who’s actually in the Academy. The average member is 57, male, Caucasian, and in search of the next big Hollywood project. Actors and directors are a minority, around 1,500 members. All the rest are industry-related people: producers, set builders, PR executives, sound engineers, basically everyone that makes the industry work. And when it comes down to the last voting round – these people are the biggest voting crowd.

Even if you’re only nominated expect a huge success for yourself or your movie. There were examples when ticket sales for certain movies spiked over 200 percent after nomination. Also there’s actual scientific proof that being nominated will extend the life of a movie at the cinemas. In other words – it does pay to be nominated or win an Oscar and there’s no denying that.