Our wager of the week winner; Boris Johnson

News >Our wager of the week winner; Boris Johnson 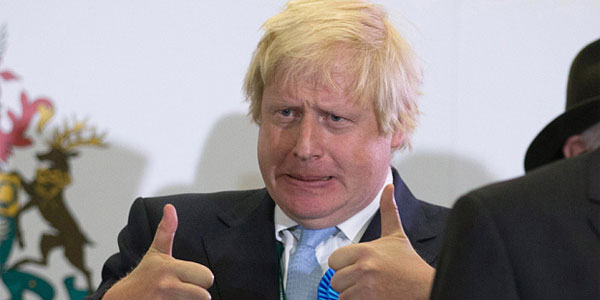 The mop topped Conservative Mayor of London, Boris Johnson, has opted to stand against his party leader and government policy in the Brexit referendum, squarely plumping for the Vote-Leave side of things, but given his ambitions has Boris just staked his political future on the UK population’s xenophobia and the Euro-skeptic press? We think so and that’s why he’s our Wager of the Week winner, because we love those who bet on sports in the UK like politics and choose the long shots.

Wager Of The Week

The last referendum in Britain on the whole subject of Europe was back in the 1970s but times are very different and the popularity of the EU has waned much in the last few years, despite never having been that high in the first place. Business enjoys membership of the union, as does government, but the average Middle-Englander doesn’t and feels that Brussels is merely stealing all power from national governments and allowing the great British nation to become flooded with immigrants.

It is to these people that Boris Johnson will be looking for support when he makes his move on the leadership of the Conservative party in a bid to become Prime Minister, the only job he’s ever really wanted. The question remains however whether our Wager of the Week winner actually believes the UK will vote to leave the EU, or whether glorious failure is something he plans to stitch into his political coat to patch over some of the ruthlessness he’s so often displayed.

A Wager Of The Week On The Future Of Europe

Taking advantage of UK gambling laws, the bookies, like Bet365, think that since David Cameron managed to secure a deal on the status of the UK within the union that Britain is unlikely to leave. Currently you can get 4/11 on the UK remaining part of the EU, with a drifting 21/10 on leaving, but these are assessments made off the back of polling on the issue, which are, like all polls have been demonstrated to be, subject to be wholly inaccurate, and our Wager of the Week winner could benefit.

Those Euro-skeptic tabloids will be assisting, no doubt, splashing images of the migrant influx into Europe when the spring rolls around ahead of the June 23rd polling date, and as the campaign gets underway the result is anything but wholly certain. Boris Johnson, long seen as the buffoon of British politics, may have nailed his colors to the mast but it remains to be seen if this isn’t just a small piece of a much grander scheme, and that’s why he’s our Wager of the Week winner.